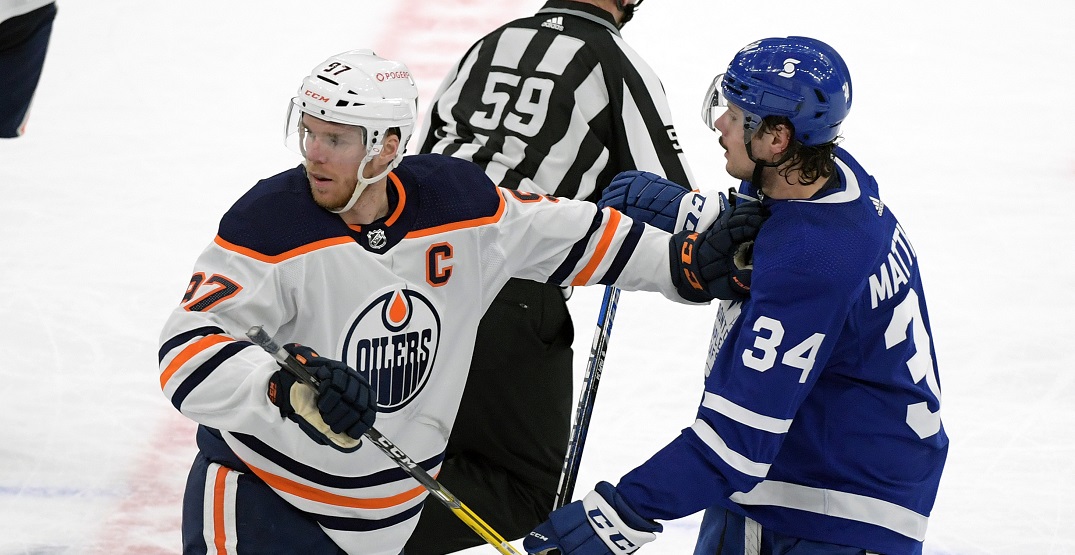 Sidney Crosby of the Pittsburgh Penguins was the league’s lone nominee to play for an American team.

Matthews had a remarkable regular season, with 41 goals and 25 assists in just 52 games, winning the Rocket Richard Trophy for scoring the league’s most goals. McDavid led the league in scoring with 33 goals and 105 points in 56 games.

Neither was able to replicate that success in the playoffs, however. Matthews scored just once while adding four assists as the Leafs bowed out in seven games to the Montreal Canadiens in the first round of this years’ playoffs. McDavid put up one goal and three assists as the Oilers were bounced in four games by the Winnipeg Jets.

“It’s really humbling to be in the same conversation as those two players, but at the end of the day, going home, it leaves a sour taste in your mouth,” Matthews said Wednesday. “I don’t think there’s quite the satisfaction as to there is with winning with the team.”

The NHL’s Players Association votes on the Lindsay Award. Many athletes have said that it means more to win this award than the Hart Trophy as league MVP because it is selected by a panel of their peers.

Presenting the finalists for the Ted Lindsay Award, as voted on by members of the @NHLPA!