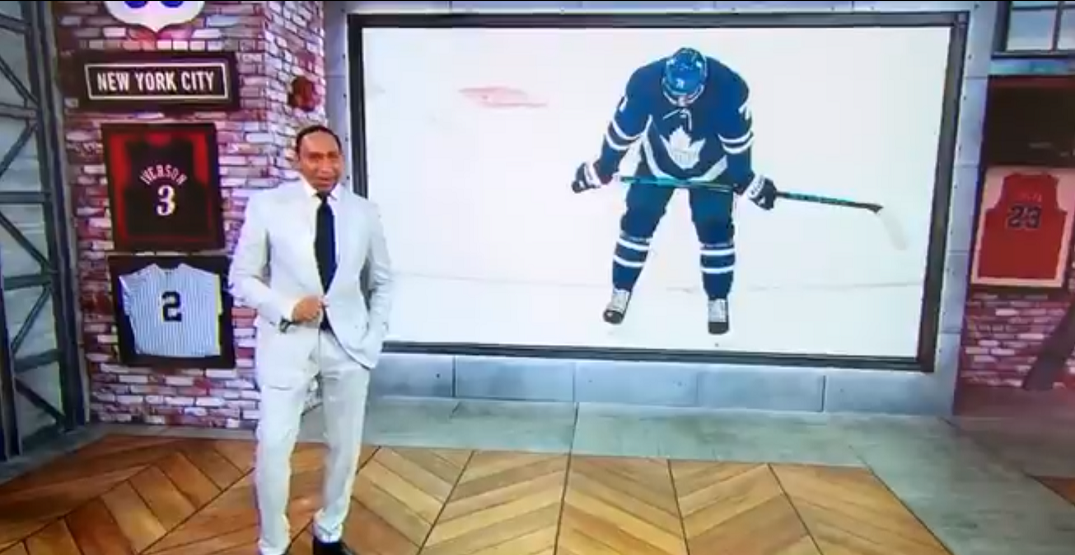 ESPN’s Stephen A. Smith didn’t hold back Tuesday while discussing the Toronto Maple Leafs on “Stephen A.’s World,” calling the Leafs both ‘failures’ and the ‘Dallas Cowboys of the NHL.’

“Just failures, on an epic level, every year,” Smith said.

It’s hard to dispute either of his claims, with the Leafs and Cowboys both having a massive amount of media coverage but little success to show for it over the last 20 years. As you might have already heard, the Leafs blew a 3-1 lead against the Montreal Canadiens in the first round of the playoffs this season in a series they were favoured to win.

“Just failures. On an epic level. Every year.”

Smith is arguably modern sports media’s most visible personality, with a guaranteed reaction or meme coming out of every show he’s featured on. With ESPN signing a new multi-year deal to broadcast the NHL, Smith has started integrating hockey chirps into his work.

Last week, he came for the Edmonton Oilers, who were swept out of the first round by the Winnipeg Jets.

In March, it was the incoming Seattle Kraken that got Smith excited.

Someone with as high a profile, such as Smith, talking hockey in an American market is a great boost for the league. Here’s to hoping there’s more to discuss than the failings of just Canadian teams in the future.