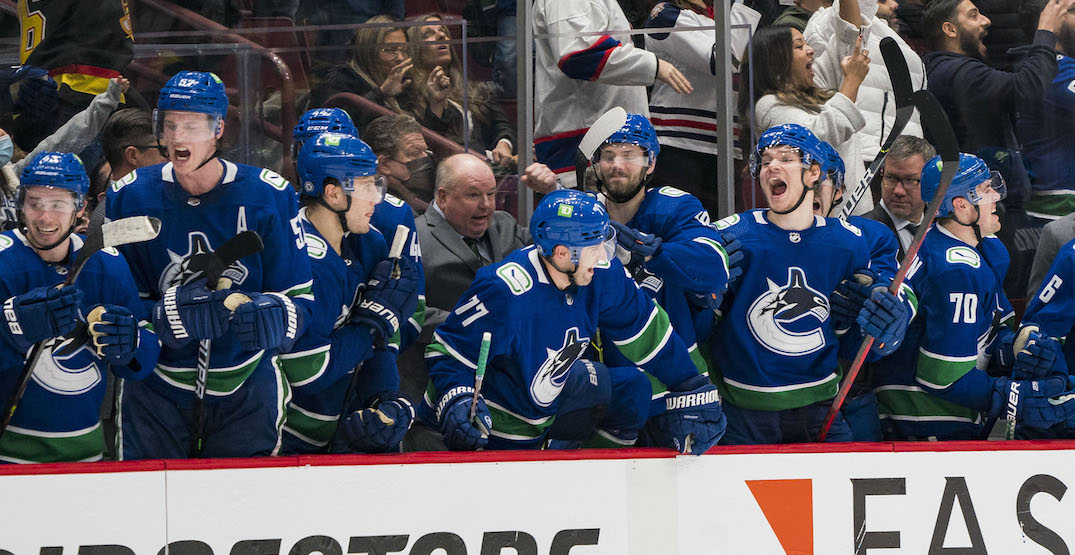 The Vancouver Canucks dressing room is a country club that’s about to be shaken up, according to a pair of NHL insiders.

“You talked about the word ‘rebuild’ there, nothing would surprise me with Jim Rutherford in Vancouver,” Shannon said, adding later that Elias Pettersson, Quinn Hughes, Thatcher Demko, and Bo Horvat are the core, and presumably unlikely to get moved.

“He knows it’s broken,” Shannon agreed. “Jim has gone in there with a plan, he’s taking his time with the plan. The two key dates for him are what he can do on the draft floor on [July 7] with a couple of his star players, and what he wants to do in free agency [after July 13].”

Just who will be moved remains to be seen. J.T. Miller has one year left on his contract and is due a big pay raise next year, at which time he’ll be 30 years old. Brock Boeser is due a qualifying offer at $7.5 million, which is above his true value. Conor Garland is another highly-coveted forward that could be in play as well.

Then there are the likes of Tanner Pearson, Jason Dickinson, Tyler Myers, Tucker Poolman, and Oliver Ekman-Larsson. Are any of them moveable, given their contracts?

Pearson probably is, and perhaps they can find a taker for Myers, with both players having two years left on their respective contracts.

If big changes are coming, we’ll likely find out soon. We’re less than a month away from the draft, and 33 days away from the start of free agency.