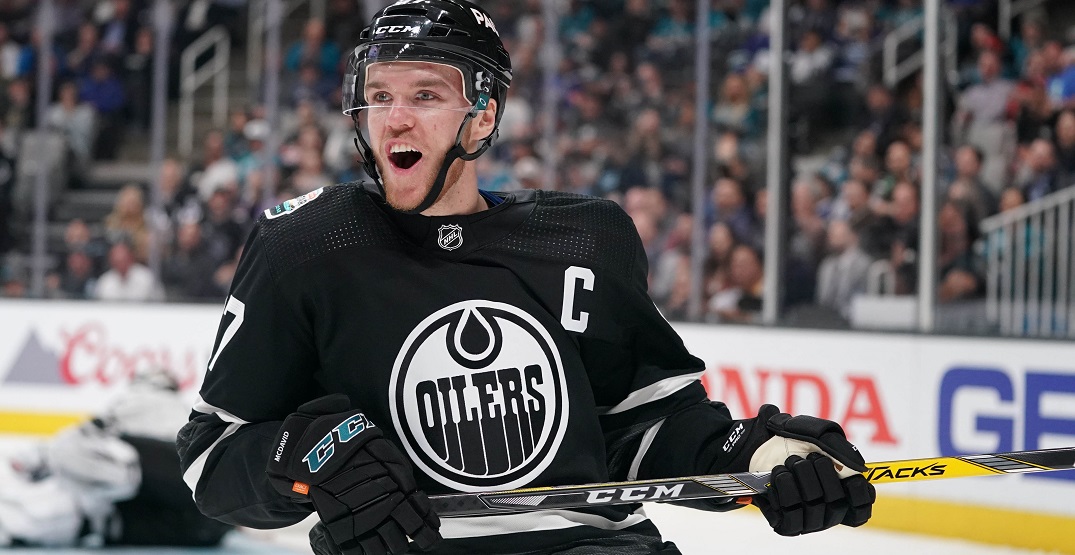 NHL All-Star weekend is looking to turn back the clock this year.

In addition to retro-looking jerseys for the game itself, Sportsnet’s Jeff Marek reported on Saturday evening that the league will be revamping this year’s skills competition, by bringing back a couple of old favourite events.

One of the events making a return is the Breakaway challenge, in which skaters use their creativity on shootout attempts, akin to the NBA’s Slam Dunk contest.

Marek also reported that for the accuracy shooting competition, the NHL would be bringing back the styrofoam plates that had been used at All-Star Games from 1990-2017.

And for the old school fans the Accuracy Shooting event will see the return of…styrofoam plates.

Recent accuracy competitions had gotten a more-high tech feel to it, with players shooting at targets on an electronic screen in the 2020 event, after shooting at light-up targets in 2018 and 2019.

The league originally had simply made the accuracy competition based on the lowest number of shots to break four plates, but added a timed component in 2011.

The 2020 edition of the All-Star Skills Challenge featured a “shooting stars” competition with players taking aim at targets on the ice while shooting off a platform in the crowd, while also showcasing a 3-on-3 women’s game comprised of national team players from Canada and the USA.

With the Olympics kicking off the same day as the All-Star Weekend, the women’s game is unlikely to make a return, though there’s no word yet on if shooting stars will be coming back again.

The league unveiled its first set of All-Star rosters earlier this week, with four players set to win the “Last Man In” vote for one additional roster spot for each of the NHL’s four divisions.

NHL All-Star Weekend is set to kick off in Las Vegas on Friday, February 4, with the Skills Competition taking place at 7:30 pm ET/4:30 pm PT.  The All-Star Game itself will take place the following afternoon, with the puck drop set for 3:30 pm ET/12:30 pm PT on Saturday, February 5.