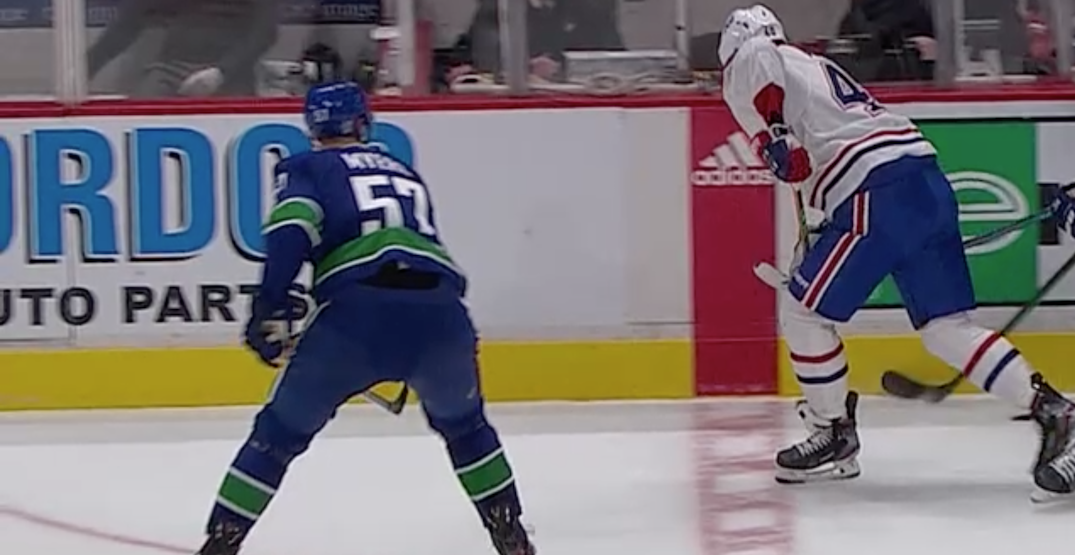 The NHL has decided not to suspend Vancouver Canucks defenceman Tyler Myers for a controversial hit he made late in Thursday’s game against the Montreal Canadiens.

Habs forward Joel Armia was injured on the play, after Myers’ shoulder made contact with his head. Following the game, Canadiens coach Claude Julien confirmed that Armia had suffered a concussion.

But there will be no supplemental discipline for the 6-foot-8 defenceman, as the NHL has deemed it to be a “legal” check.

In a video released by the NHL Department of Player Safety, the league deemed that the hit “did not violate the illegal check to the head rule.” Myers made enough contact with Armia’s chest and shoulder to convince the NHL that the head was not the main point of contact.

“While there is head contact on this hit, the head is not the main point of contact,” a league representative says in the video. “The video evidence shows that this is a full bodycheck with some head contact.”

Check out the full explanation below:

With three defencemen already injured, the Canucks could ill afford to lose Myers as well, as the team has already struggled mightily at keeping pucks out of their own net.

It’ll be interesting to see if Myers’ presence in the lineup tomorrow will result in any bad blood between the Canucks and Canadiens, who are playing their third-straight game against each other on Saturday at Rogers Arena.