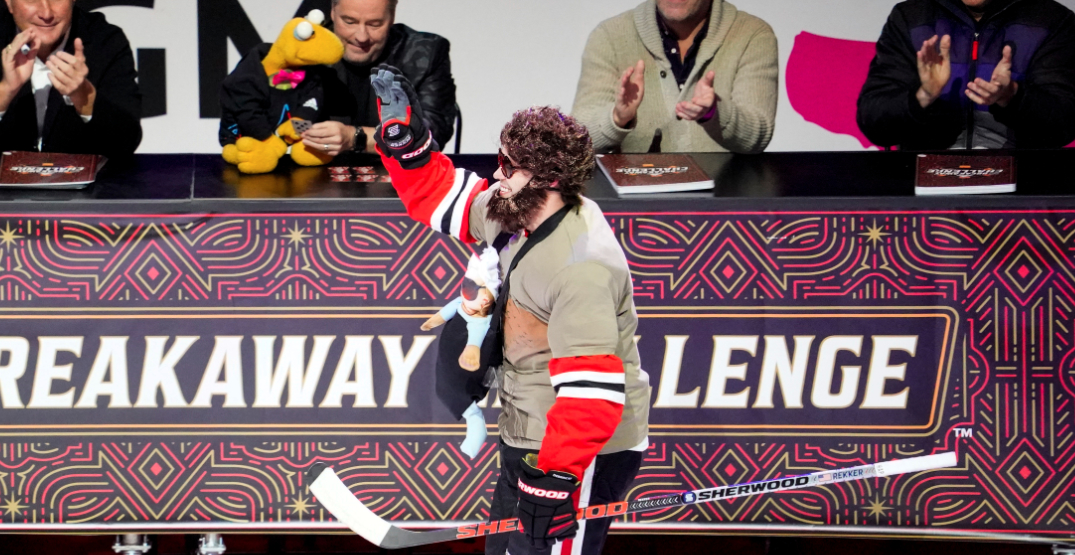 The talent showcase will feature three new events, “two of which will feature NHL All-Stars displaying their skills in outdoor environments that typify the distinctive appeal and character of the State of Florida,” according to a press release from the NHL.

The skills competition is set for Friday, February 3 at 7 pm ET/4 pm PT.

The NHL will introduce “Splash Shot” and “Pitch ‘n Puck,” along with “Tendy Tandem,” in addition to standard skills staples like the fastest skater, hardest shot, breakaway challenge, and accuracy shooting.

The Splash Shot, taking place on the beach in Fort Lauderdale, is a single elimination tournament pitting All-Stars head-to-head with target shooting before trying to dunk their opponents.

Pitch ‘n Puck is a hybrid combination of golf and hockey shots, with six NHLers playing a par 4 island green hole. The player who successfully sinks the puck/ball in the hole in the fewest amount of shots wins.

The Tendy Tandem will feature a pair of netminders from each division, with one designated as the shooter and the other the in-net stopper. Goals and saves will be awarded to the corresponding keeper, and the winning tandem that nets the most points wins.

The individual winner of each event will earn $30,000.

The NHL announced its first 32 participants for the All-Star Game on January 6, and revealed the 12 additional fan vote winners to complete the rosters of each of the four divisions on January 20.

The Edmonton Oilers have three participants for the Pacific Division, including Connor McDavid, Leon Draisaitl, and Stuart Skinner. They will be joined by Nazem Kadri of the Calgary Flames and Bo Horvat and Elias Pettersson of the Vancouver Canucks.

The Toronto Maple Leafs will have two representatives on the Atlantic Division squad, including Mitchell Marner and Auston Matthews. Nick Suzuki of the Montreal Canadiens will also participate.