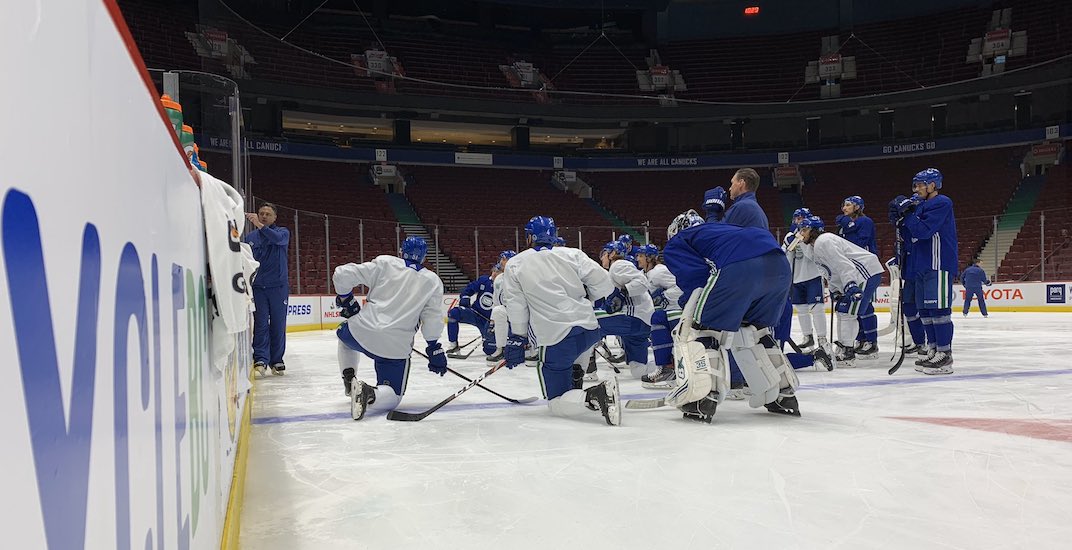 As the NHL decides what to do in response to the coronavirus, the league announced that it has advised teams not to conduct morning skates, practices, or team meetings today.

Given the uncertainty regarding next steps regarding the coronavirus, Clubs are advised not to conduct morning skates, practices or team meetings today.

Many expect the NHL to follow the NBA’s lead and suspend the season.

“The National Hockey League is aware of the NBA’s decision tonight to indefinitely suspend its season due to a player testing positive for the coronavirus,” the league announced Wednesday night. “The NHL is continuing to consult with medical experts and is evaluating the options. We expect to have a further update tomorrow.”

Hearing that on-ice officials who are on the road now to work NHL games have been told to book flights home ….

Ten games are scheduled for tonight, including three games in Canadian cities: Toronto, Montreal, and Calgary, while the Vancouver Canucks are scheduled to play in Arizona.

The Columbus Blue Jackets previously announced that they would host the Pittsburgh Penguins tonight in an empty arena.