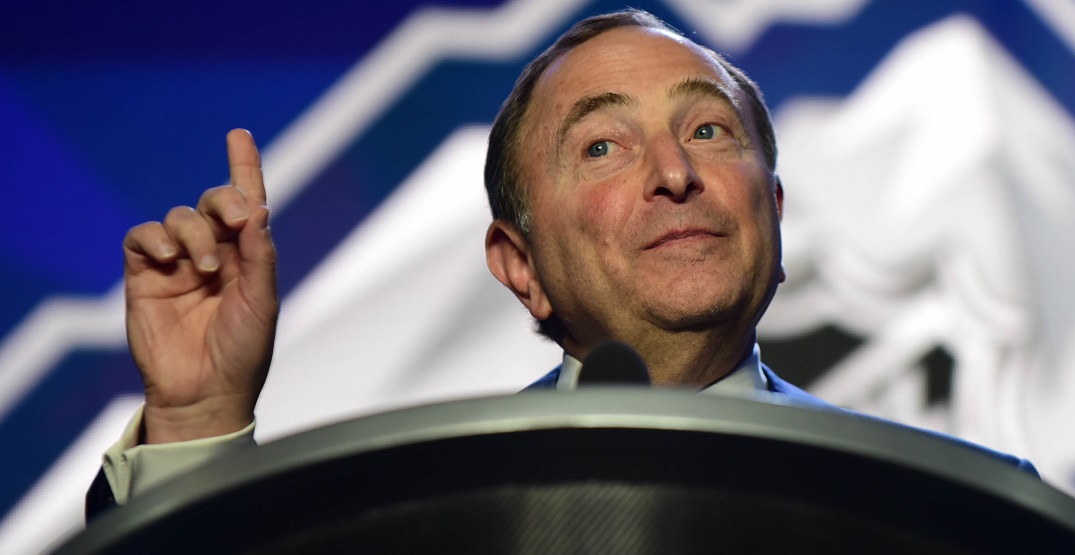 Player agent Allan Walsh didn’t pull any punches when it came to a critique of NHL commissioner Gary Bettman.

On a Twitter thread posted on Tuesday, Walsh said it was time to “Fire Bettman,” adding that several NHL owners were not fans of the way the commissioner had been running the league.

Bettman gave a press conference Monday discussing the Chicago Blackhawks abuse scandal, but he was largely critiqued for his handling of the case as well as his answers to the press.

Walsh brought up the league’s treatment of current and former players, including how the league has handled concussion recovery.

From the way Gary has mismanaged the horrific events in Chicago to his refusing to acknowledge a link between traumatic brain injury and CTE, for doing nothing to help retired players, for calling the NHL a “family”, for the Dept of Player Suspensions, 2/

The league was further criticized for not initially taking questions at the conference from TSN reporter Rick Westhead, who broke the scandal and conducted an interview with Kyle Beach, who revealed himself as “John Doe” in the court proceedings last week.

After the league was pressured by TSN colleague Pierre LeBrun, Westhead was eventually able to ask Bettman if the league was willing to cover counselling costs for a former high school player who was abused by Aldrich after he left the Blackhawks, with Bettman saying he’d have to learn “more information.”

Walsh added that “even the owners realize it’s time for a change in the NHL, and culture only changes from the top down.”

Walsh also said that Bettman’s NHL has had a poor global marketing strategy in relation to 0ther major sports. He added that Bettman had a “lack of empathy and caring” and has “turned his back” on substance abuse among players.

For the way the game is marketed, for the lack of any coherent global strategy, for turning his back on issues like painkiller, ambien and toradol abuse, for his lack of empathy and caring, for his 3 lockouts and all the lies. It’s time for Gary to go.

There is currently no precedent for removing an NHL commissioner, or information on exactly how many owners are dissatisfied with Bettman’s leadership. Gary Bettman was originally named as the league’s first commissioner back in 1993 and has held the position ever since. Previously, the league was run by a series of presidents.