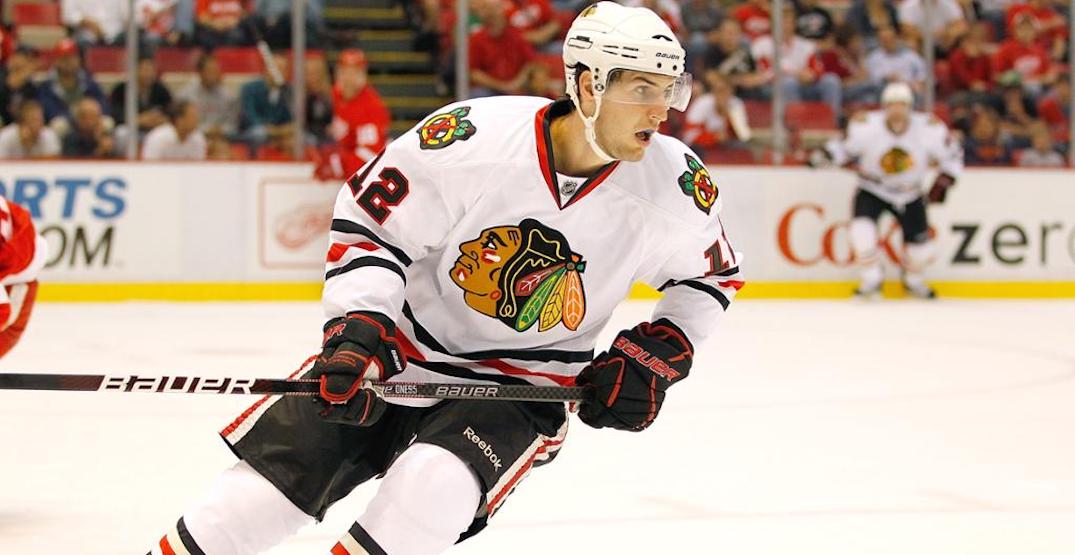 Kyle Beach has identified himself as “John Doe” from the Chicago Blackhawks scandal.

The results of an independent investigation concerning allegations of sexual assault and the coverup by team officials that followed came to light on Tuesday.

Beach was 20 years old when he joined the Blackhawks as a Black Ace during their Stanley Cup playoff run in 2010. He alleges that former Blackhawks video coach Brad Aldrich sexually abused him.

The investigation referred to the victim simply as “John Doe,” but on Wednesday, Beach decided to reveal his identity in an emotional interview with TSN.

Kyle Beach, John Doe in the Blackhawks investigation, talks to @rwesthead about how his NHL experience 'changed forever,’ his reaction to the findings, and support for other victims of sexual assault.

Beach added that the results of the investigation gave him “a great feeling of relief” and “vindication.”

“It was no longer my word against everybody else’s,” he said. “A lot of things were made public, a lot of people were interviewed. I really felt like there was a lot of lies told in the media. It was very special and important to me to have that truth come out yesterday.”

A highly touted prospect, Beach was called up to the AHL from junior in 2010, before ultimately getting the call to join the Blackhawks. He was drafted 11th overall just two years earlier, and looked to have a bright future.

“To be [called up to the NHL] for the first time… it was an extremely special moment for me and for my family. The next step in pursuing my NHL dream that I had dreamed about and worked for my entire life. Unfortunately, a couple weeks after, those memories were tainted and my life was changed forever.”

Beach remained with Chicago’s AHL affiliate in Rockford until 2013. He never played an NHL game and is currently playing in the third league in Germany.

“I was scared, mostly. I was fearful,” he said. “I had my career threatened. I felt alone and dark… I felt like I was alone and there was nothing I could do, and nobody I could turn to for help.”

Aldrich resigned weeks later, after the Blackhawks won the championship. He was allowed to participate in all team celebrations, and even had his name engraved on the Stanley Cup.

Asked how he felt seeing Aldrich get to enjoy all these moments, after Blackhawks management knew what happened, Beach said he felt sick to his stomach.

Beach said that he is just beginning the process of healing, as he suppressed the memory to try to chase his dream of playing in the NHL.

“Until very recently, I did not talk about it. I did not discuss it. I did not think about it. Now that I’m beginning to heal and I look back, it definitely had impacts on my life. I did stupid things. I acted out. I snapped. I did things that i never could imagine doing. I relied on alcohol. I relied on drugs. I’m just so relieved with the news that came out yesterday that I’ve been vindicated and I can now truly begin the healing process.”