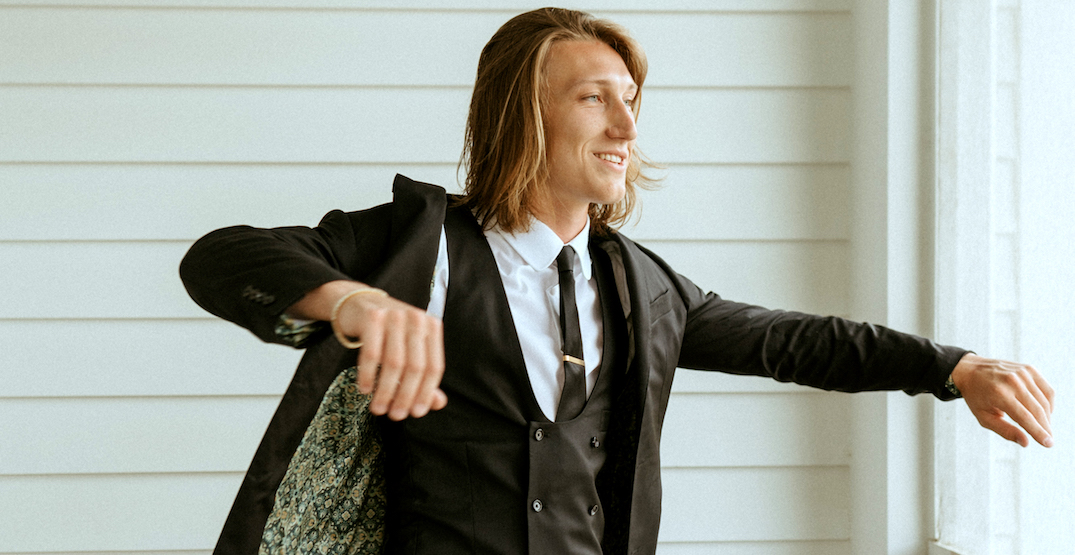 A record number of Canadians are expected to be picked in the NFL Draft today, but there will also be a Vancouver connection with the first overall pick.

When the Jacksonville Jaguars do the expected, drafting consensus number one draft pick Trevor Lawrence first overall, the Clemson quarterback will step up to the podium rocking a suit made by a Vancouver company.

The 21-year-old future NFL star will be wearing a custom suit he designed from Indochino, a company founded in Vancouver in 2007.

Lawrence will be rocking the Hartley Cotton Stretch Olive Suit with the monogram “2021 NFL Draft” embroidered in the blazer. He chose a lining printed with oranges, as a tribute to his orange-clad college team.

“Every time I put on an Indochino suit, something amazing happens,” said Lawrence, who also wore a suit from Indochino for his wedding earlier this month. “Draft Day is the biggest day of my career, so it’s important to leave a lasting impression. What better way to do it than in a custom suit I designed myself?”

“We’re thrilled to be helping Trevor look his best for the most important events of his life,” said Drew Green, president & CEO of Indochino.

As least six Canadians are expected to be drafted this year, which would set a record for our country. Coquitlam, BC’s Jevon Holland is expected to be the first Canadian drafted, likely in the second round, after starring as a safety with Oregon the past two years.

Here is who to keep an eye on today: