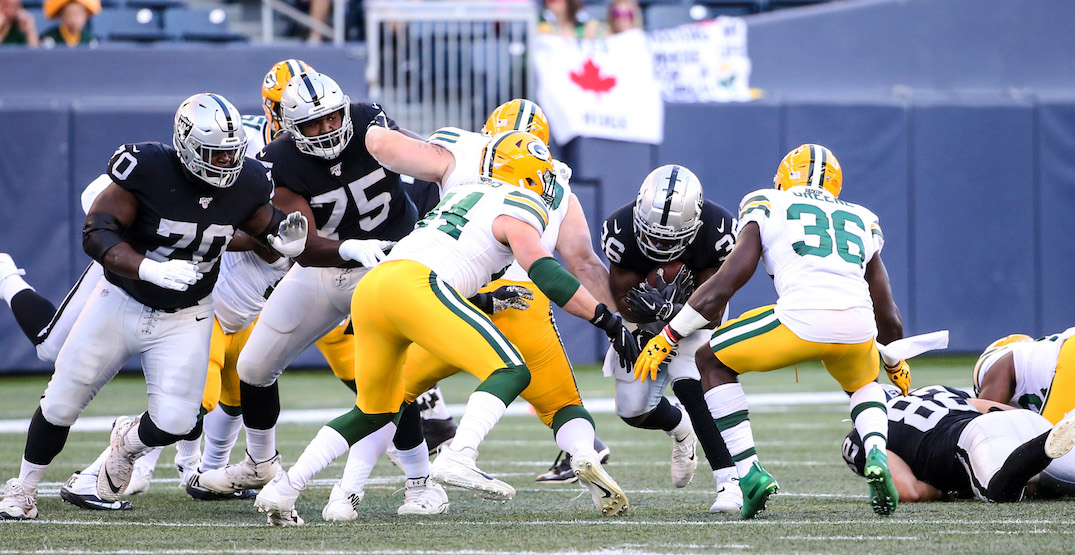 The National Football League has committed to playing regular season games internationally, and it says Canada is one of the countries it’s focused on.

Changes are coming to the NFL schedule structure for the first time since 1978. The league announced that beginning in 2021, each team will play 17 regular season games (up from 16) and three preseason games (down from four).

The official schedule will be announced later this spring, but the 2021 NFL regular season will kick off on September 9, with Super Bowl LVI scheduled for February 13, 2022 at SoFi Stadium in Los Angeles.

As part of what the NFL is calling its new “enhanced season,” it announced that beginning in 2022, up to four neutral site games will be scheduled each year outside of the United States. The focus initially will be on Canada, Europe, Mexico, South America, and the United Kingdom, the NFL said.

All 32 teams will play internationally at least once every eight years.

“We have a tremendous fanbase in Canada we actively serve, and we would love to play regular season games in Canada. Any market where we’re going to play an international series game, we need the fanbase, we need the support from the local governments and then we also need a stadium that meets our standards,” said NFL executive vice president, chief strategy and growth officer Christopher Halpin, according to Justin Dunk of 3DownNation.com.

“The first two we think are in place in spades in Canada, but we need a stadium. We wouldn’t cut corners or any of that. We need one that meets our standards, our requirements and will hold an NFL game well. We’re continuing to work with local authorities and partners on that, but there’s definitely more work to do.”

So far, both Vancouver and Montreal have expressed interest in hosting a game.

“The NFL’s international game scheduling plan is an exciting and interesting development for sports fans in Canada,” BC Place said in a statement provided Daily Hive. “As British Columbia’s premier, best in class stadium with a successful track record hosting some of North America’s greatest sporting events and live entertainment, BC Place is ideally suited to hosting major events of this scale and format.

“While no discussions have been entered into at this time, we look forward to exploring any potential opportunities this announcement offers for BC Place and football fans in B.C.”

Olympic Stadium officials in Montreal have also released a statement, saying they are “very interested in hosting.”

In terms of stadium suitability, Montreal’s Olympic Stadium has the largest capacity (56,040) in Canada, but it’s also more dated than many other options. Since major renovations were completed in 2011, BC Place in Vancouver is perhaps the most state-of-the-art large-scale stadium in Canada, with a capacity of 54,500.

Rogers Centre in Toronto would also likely be considered a strong contender.