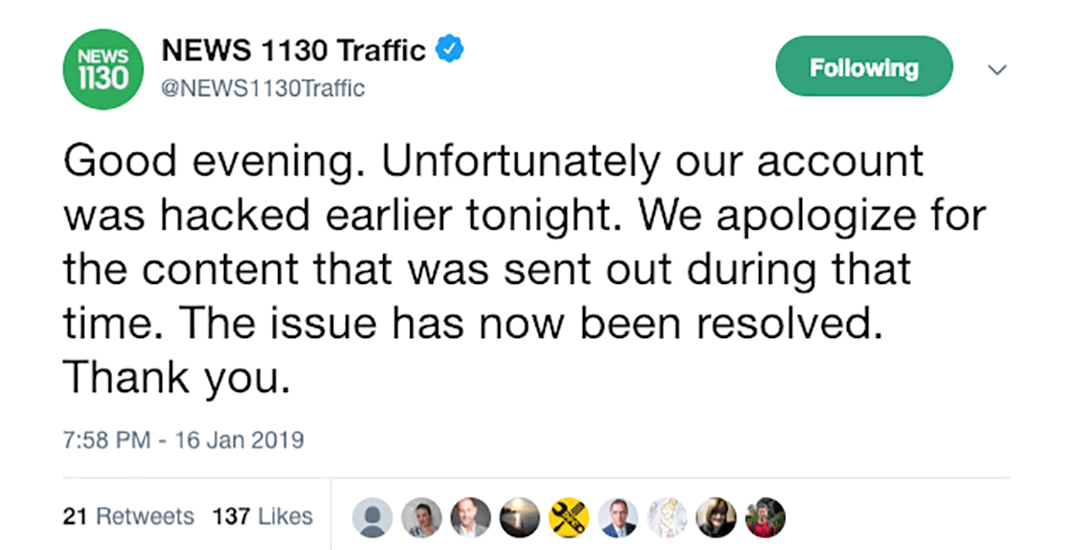 A group of hackers managed to take over the account and over the duration of several hours, shared a number of offensive tweets.

Good evening. Unfortunately our @NEWS1130Traffic account has been hacked. We are aware of the situation and are working on resolving it. 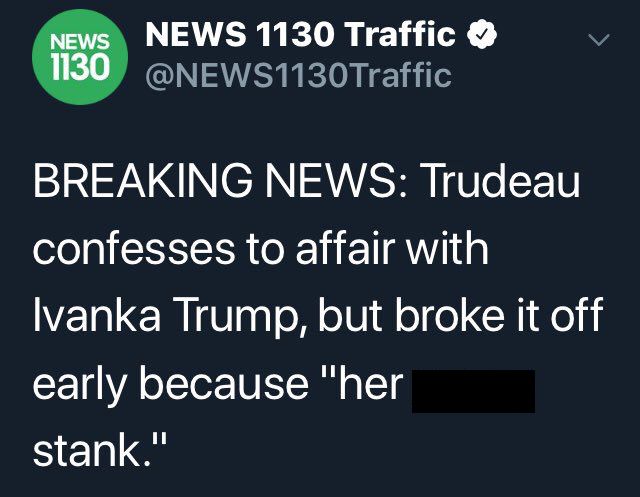 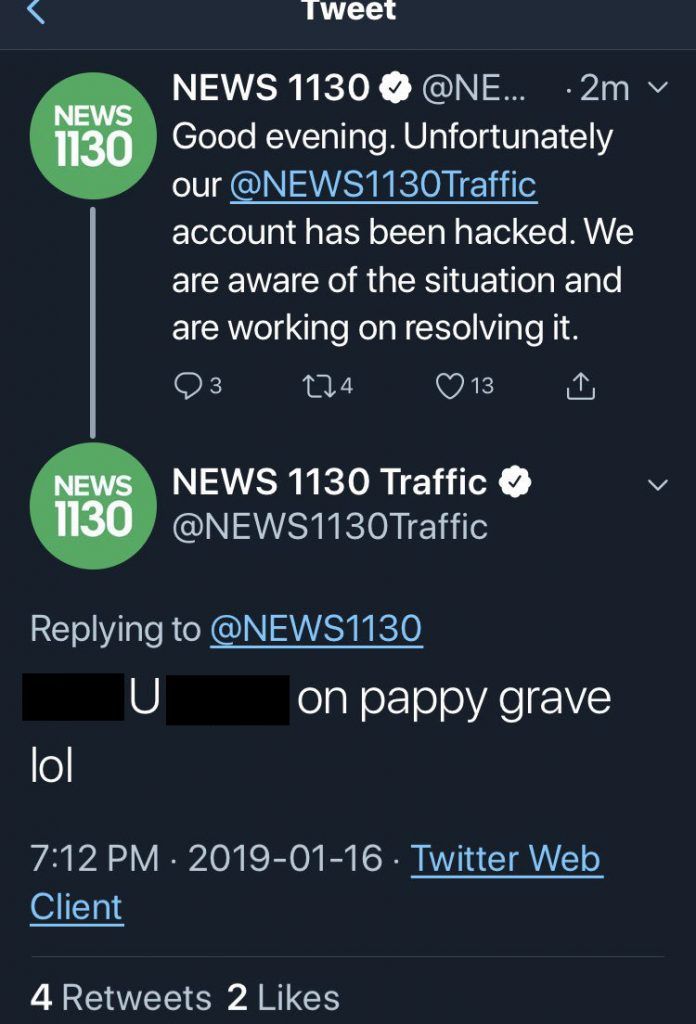 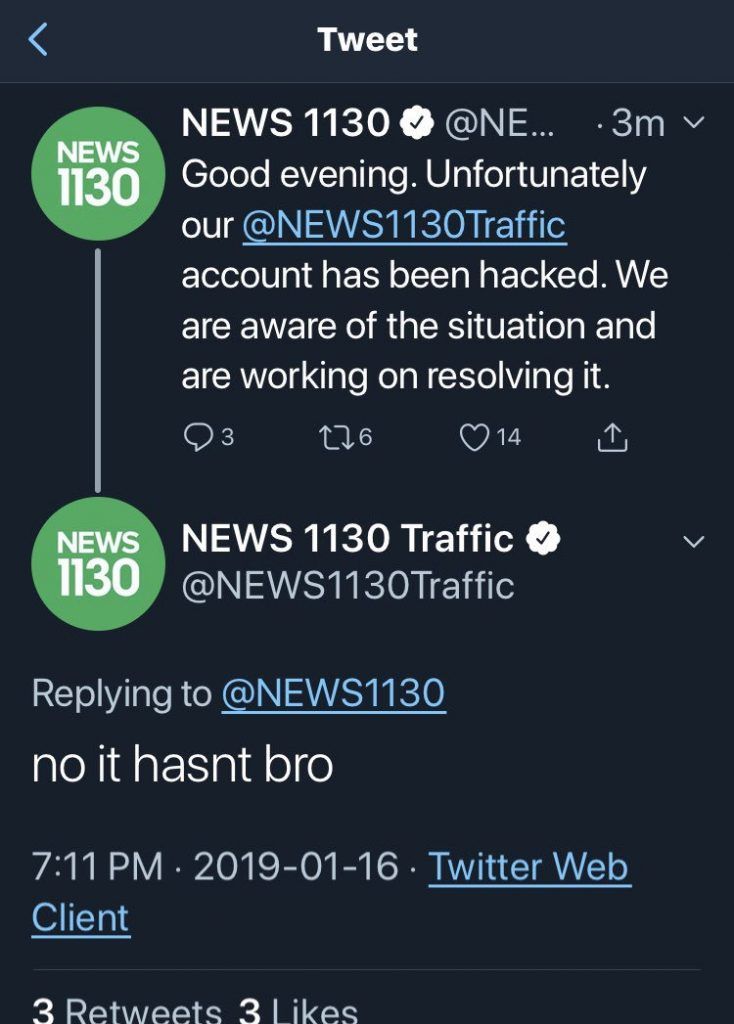 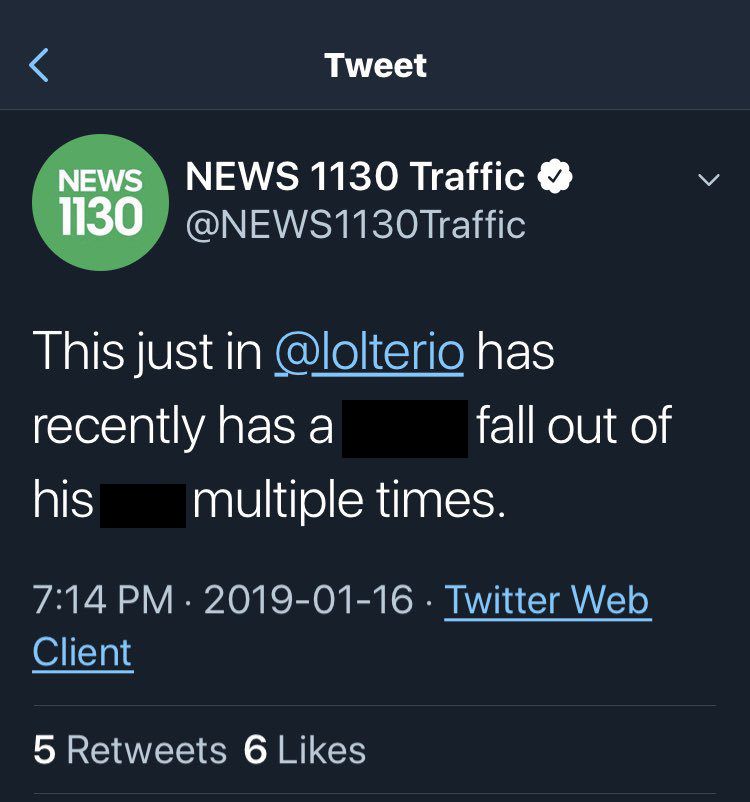 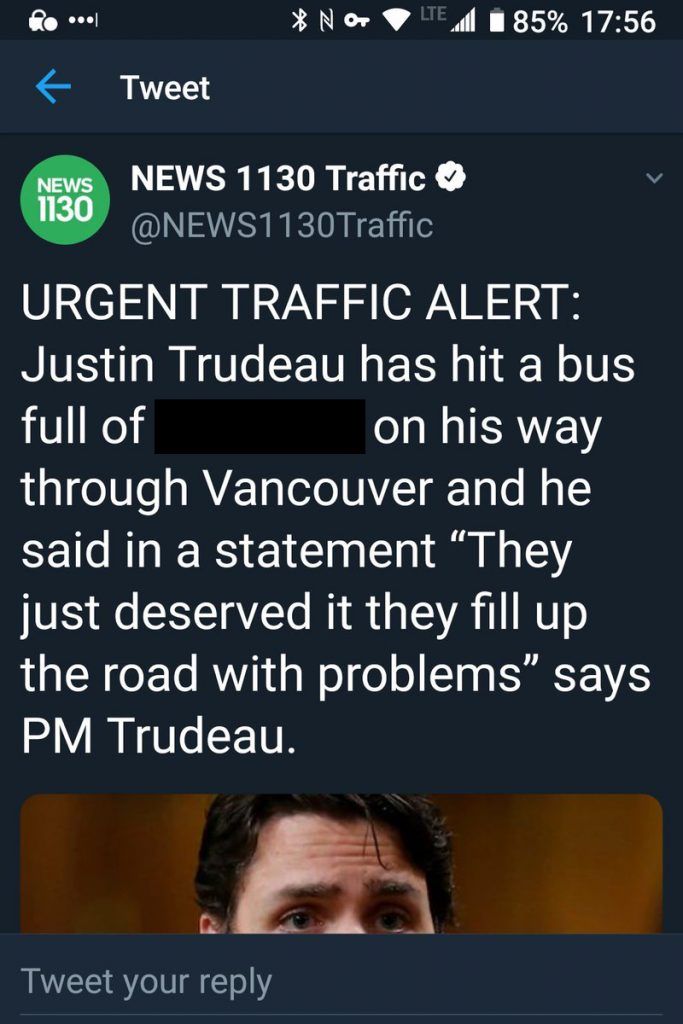 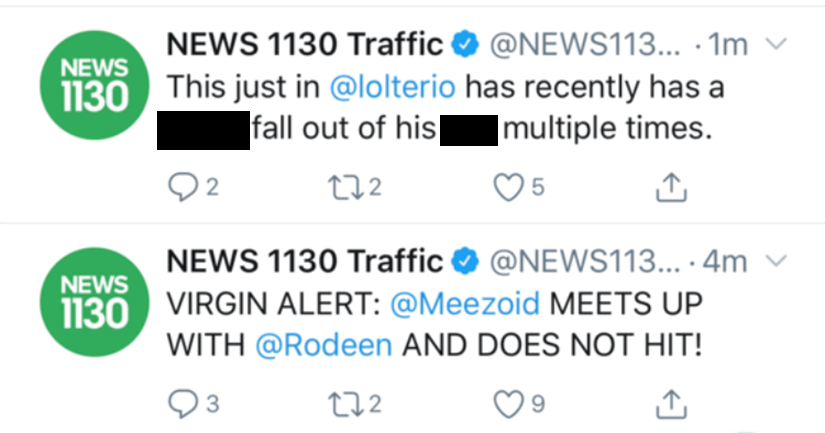 While it’s uncertain who took over the page, one of the messages tweeted out included a group called “spankgang” being tagged.

The group was also tagged in a number of replies to the tweets sent out last night.

Hacked. He got 95.7 Halifax yesterday with one that was even worse. This is insane.

News 1130 confirmed via Twitter that their traffic account had been hacked for several hours. The page issued an apology shortly after and confirmed that the issue was resolved.

Good evening. Unfortunately our account was hacked earlier tonight. We apologize for the content that was sent out during that time. The issue has now been resolved. Thank you.