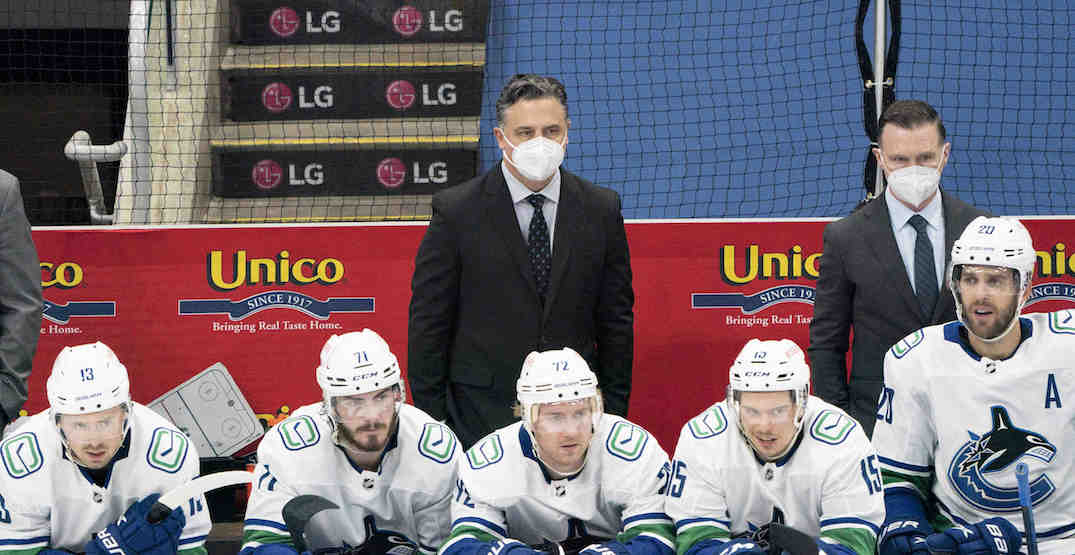 The Vancouver Canucks have parted ways with Newell Brown, as the team announced updates to its coaching staff today.

Brad Shaw is the marquee name joining the Canucks bench, as the long-time NHL assistant coach joins Vancouver from Columbus, where he spent the past five seasons as John Tortorella’s assistant with the Blue Jackets.

The Canucks have also added Kyle Gustafson as an assistant/special assignment coach. Gustafson joins the Canucks from the Portland Winterhawks — his hometown team that he has spent the past 18 years working for, which included time working with Green.

The Canucks also announced contract extensions for four coaches, including goaltending coach Ian Clark. Clark’s contract is a five-year deal, according to a report from David Quadrelli from Canucks Army, which matches the length of Thatcher Demko’s new contract.

Also receiving contract extensions are assistant coaches Nolan Baumgartner and Jason King, as well as video coach Darryl Seward. Chris Higgins will go back to his role as assistant director, player development, after serving as a skill and development coach last season.

“We’re excited to welcome two new members to our coaching staff,” said Green. “Brad has a vast amount of coaching experience and a strong technical mind for the game. Kyle is a bright, young coach who will help our team and strengthens our coaching staff.”

“We recognize the hard work and sacrifice every member of our coaching staff showed over the past year and thank them for their commitment,” Green added. “We’re pleased to have them re-sign and continue the quality work they’re doing. Lastly, on behalf of our entire team, I want to thank Newell Brown for his commitment and dedication over the past four years. We wish Newell and his family the very best and future success.”

Brown spent the past four seasons with the Canucks, and is most well known for his work with the power play. The team has had mixed results with the man advantage in those four years. The Canucks were fourth on the power play in 2019-20 but dropped all the way down to 25th last season. Brown was also in charge of running the Canucks’ power play for three years under Alain Vigneault, during his first stint in Vancouver from 2010 to 2013.

Shaw was in charge of the defence in Columbus, which is what Baumgartner’s role has been with the Canucks. It remains to be seen how they’ll divide responsibilities in Vancouver.

Shaw, 57, is a former NHL defenceman. Prior to joining the Blue Jackets, he was an assistant coach with the St. Louis Blues for 10 seasons from 2006 to 2016 and was the interim head coach of the New York Islanders in 2005-06. Shaw made his NHL coaching debut as an assistant with the Tampa Bay Lightning in 1999, before coaching in the IHL and AHL for five seasons.