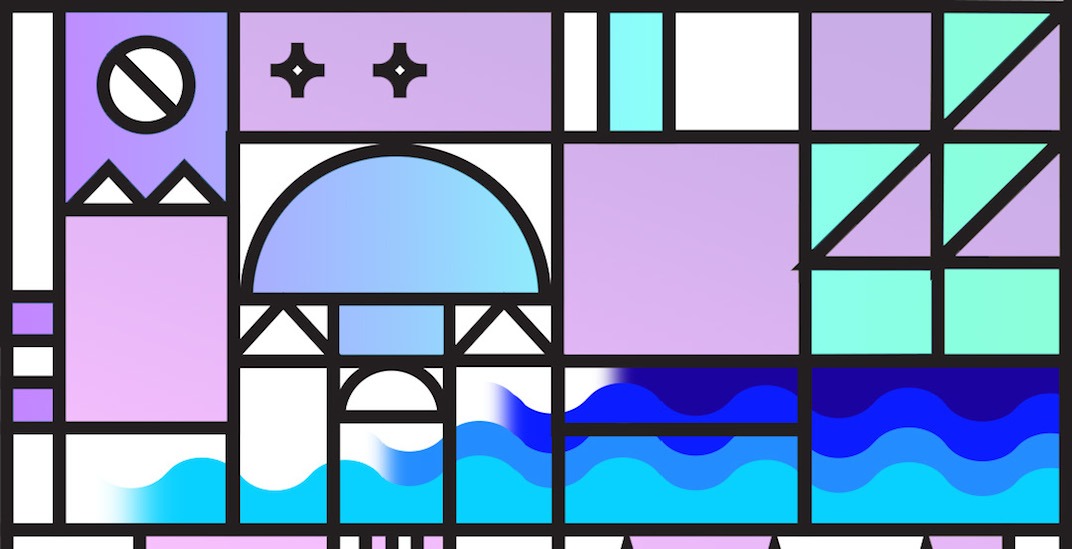 A digital art projection piece will be one of the feature attractions at the free street party along Canada Place Way during Concord’s New Year’s Eve Vancouver.

“We wanted to combat the dreary, grey days of Vancouver winter with an onslaught of pretty colours,” Ben Cooper with Hfour told Daily Hive.

“Tierney’s artwork has a playful geometric abstraction, and Hfour focused on the bright colours and brought the geometry alive.”

The outdoor art piece will be projected onto a tower located near the 102.7 The PEAK Main Stage – between Canada Place and Vancouver Convention Centre West, where the Premium Indoor Party will be held.

Hfour creates new media installations, and its expertise is in video projections, lighting, and special effects to bring spaces and objects to life in ways that encourage thought and interaction.

“Projection mapping is growing world wide. We’ve had the pleasure of doing pieces in places such as Shanghai and New York. In Vancouver, projection mapping is still somewhat new. We’re looking forward to people seeing what is possible and getting them excited about this art form.”