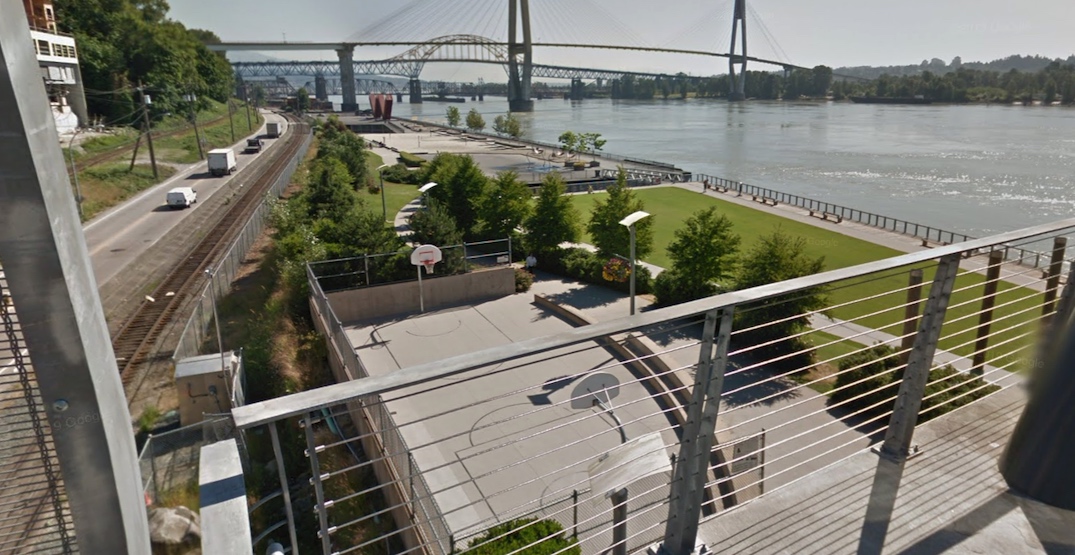 The City of New Westminster says it’s aiming for a partial reopening of the undamaged western half of Westminster Pier Park by late February 2021.

Its reopening to the public depends on the re-establishment of a secondary emergency services access point from Front Street. The original secondary access was destroyed by the fire that ripped through the eastern timber wharf section of the park beginning on the evening of September 13, 2020.

The municipal government is in the process of working with CP Rail to establish a new emergency and service vehicle crossing into the waterfront park.

There will also a final clean-up of the section that will be reopened — the newer western half of the park, including the washroom and concession building. The Front Street Parkade has already fully reopened to the public.

The devastating fire, which destroyed roughly half of the park, specifically the volleyball grounds, beach-like area, and promenade, continued to burn in the wooden rubble until September 24. Officials at the time stated this was a particularly stubborn fire as the century-old, three-acre timber wharf used creosote-infused pilings.

An iconic public art piece on the timber wharf section, the giant “W” formed with shipping containers, was discarded due to extensive fire damage. 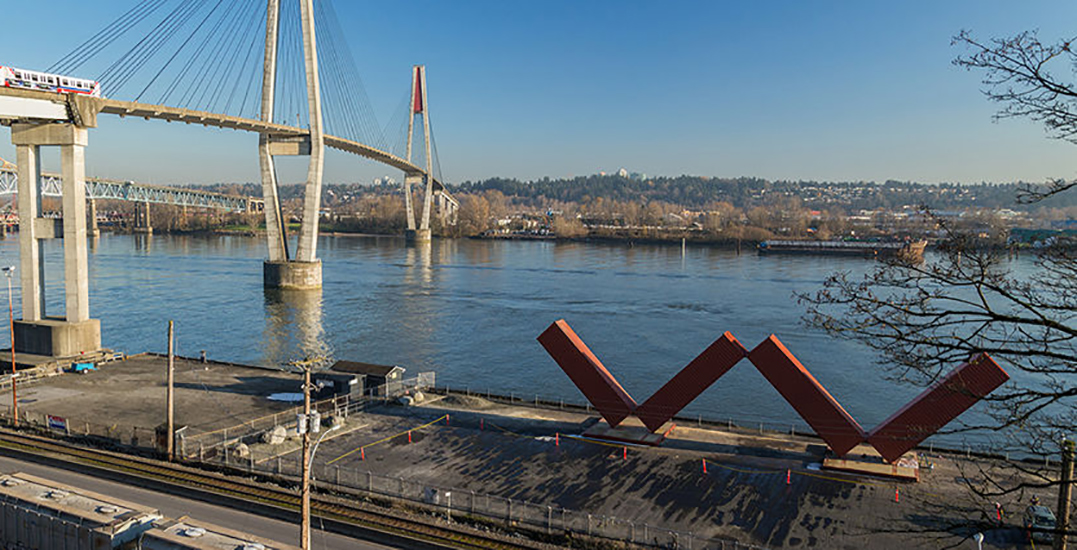 In mid-October, police charged a man for arson and mischief in connection to the fire.

As of earlier in January, contracted crews have completed the demolition of the damaged timber pier, including the removal of all debris and piles from the river surface and shoreline. Work has also been completed to stabilize the shoreline next to the rail lines.

Work has now moved on to remove the sunken debris that collapsed from the structure.

No timeline has been established for rebuilding the destroyed eastern section of the park, but city officials previously stated it was insured for replacement. 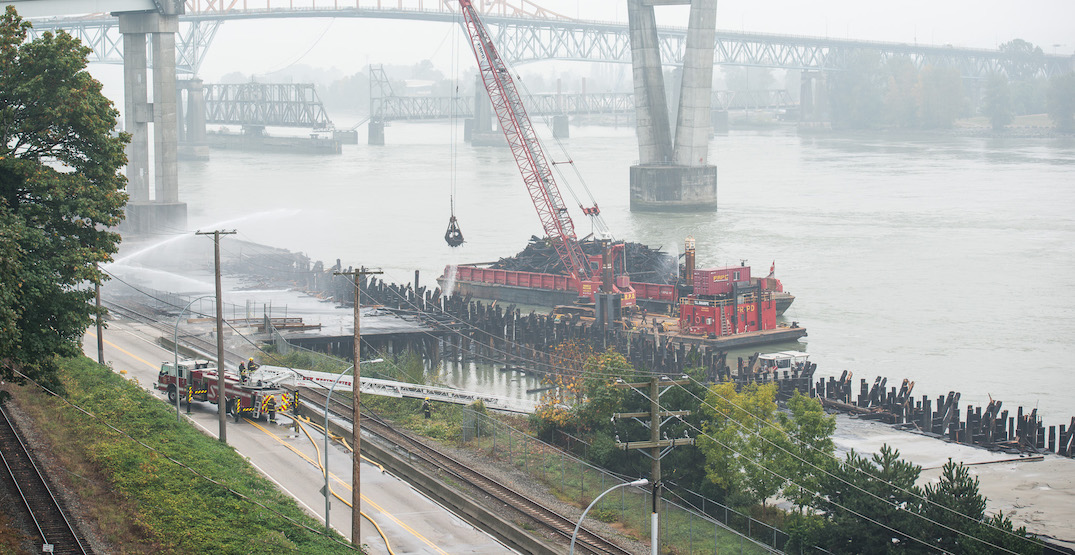