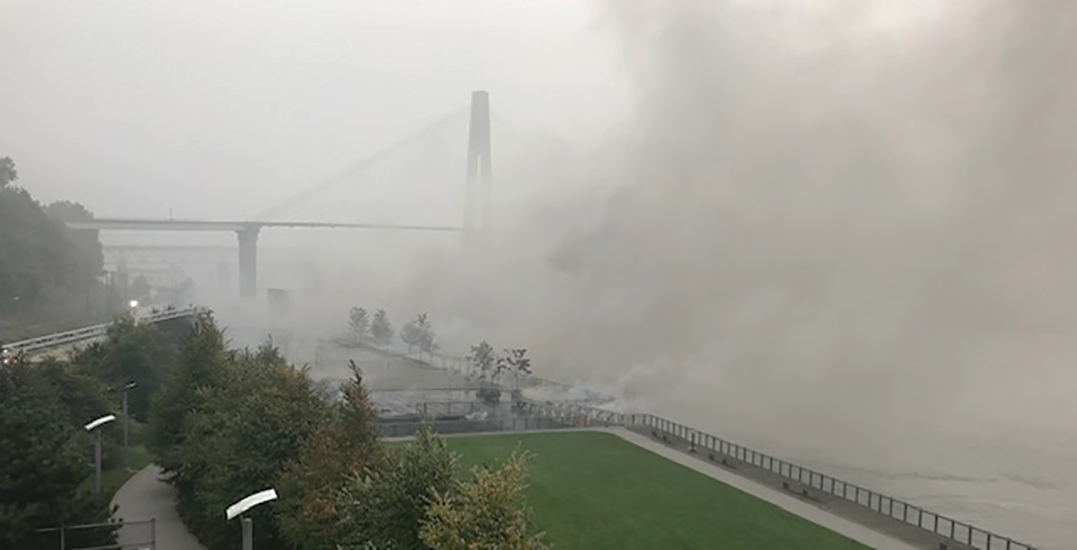 Charges have been approved against a New Westminster man in connection with a massive, deliberately set fire that engulfed the pier and pumped hazardous smoke into the air for days.

Sean Warnick, 49, is facing one arson charge and one mischief charge, according to a news release from the New Westminster Police Department. He’s been released from custody on conditions to appear for his next court date.

According to British Columbia’s Court Services Online, Warnick has appeared in court for several other cases between 1999 and 2019.

The Pier Park fire was set on September 13 and burned the historic pier, a focal point of the waterfront green space. The pier’s wood was coated in creosote, a chemical which protects the wood but is dangerous for humans if inhaled in smoke.

The fire smouldered for several days afterwards, and the city’s mayor said parts of the park would not be salvageable.