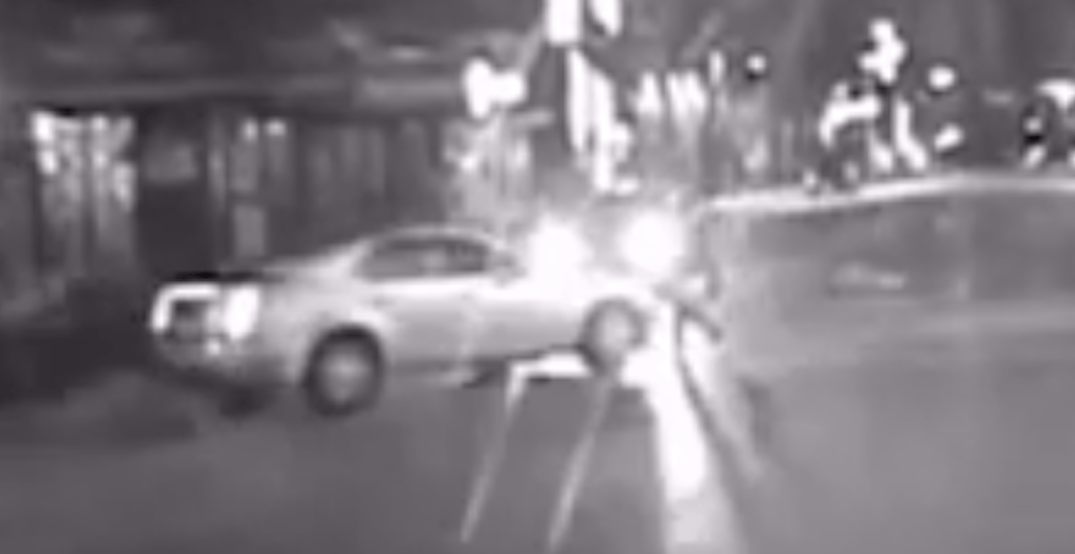 After video of a recent hit-and-run in New Westminster was captured from a transit bus and turned over to authorities, police have now released that video to the public in the hopes it will aid in the investigation.

The footage was captured on December 29, 2018, at approximately 10:40 pm, when a 67-year-old woman was struck by a vehicle while she crossed 6th Avenue at 7th Street.

The video shows the driver getting out of his vehicle, a white Cadillac CTS, to check on the woman, but police said by the time emergency crews arrived,  the suspect vehicle in the incident was already gone.

However, another witness stayed behind to try and help the woman.

The woman, a New Westminster resident, suffered non-life threatening injuries, but required medical treatment at the hospital, according to NWPD Sgt. Jeff Scott.

Investigators said they have since spoken with the witness who remained on scene, and have also been reviewing video surveillance from the area.

With the release of this video, Scott said, “we are hoping that the driver will come forward.”

Warning: Video may be disturbing to some viewers