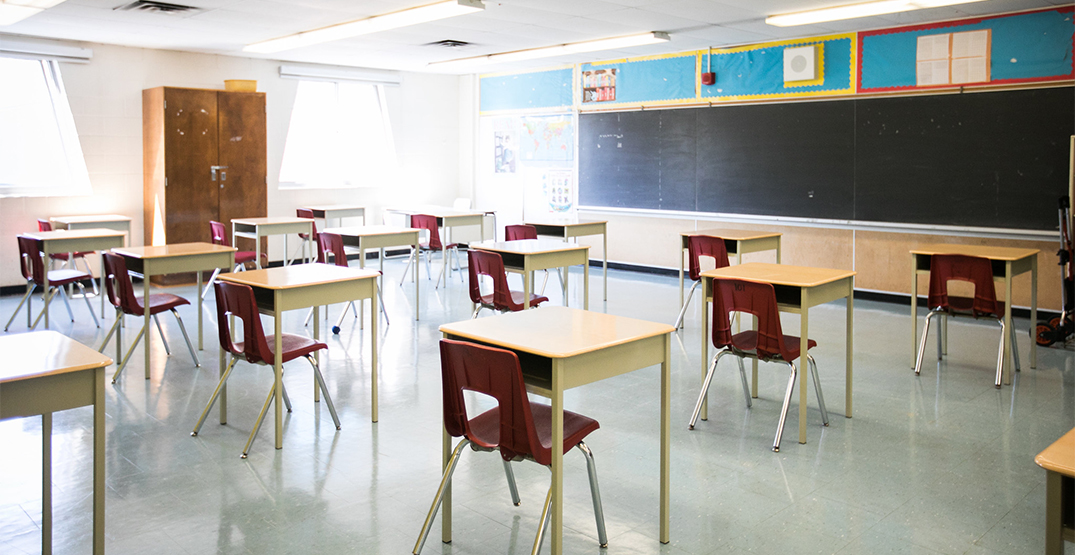 Despite the majority of BC teachers supporting a province-wide mandate, one school district in the Lower Mainland says that COVID-19 vaccines will not be mandatory for its staff.

On Wednesday, New Westminster’s Board of Education announced that it will not be introducing a staff vaccine mandate.

The district’s Board of Education says that it has been discussing the topic for several weeks now, adding that it supports vaccinations as one of the most important ways to protect people in the community.

“But as vaccine mandates are one of many interventions available, we must also use the data and recommendations from our health and regulatory bodies to guide us,” the board says in a statement.

One factor that influenced the decision was the current vaccination rates across New Westminster and the entire province.

“New Westminster, as a city, continues to be one of the leading municipalities when it comes to measuring full vaccination rates,” the board writes. “Transmission is significantly reduced when target immunization rates are met. In BC, those rates are between 80% and 90%.”

An internal HR analysis was also conducted, which suggested that the majority of staff live in communities with the highest rates of vaccination. They also cited a recent BCTF study that showed that the vaccination rate of teachers already exceeds that of the general population.

Some issues that prevented the mandate from being passed included needing to provide accommodation for staff, impacts on school staffing levels, and learning supports available for students.

“After carefully weighing the data and guidance and taking into consideration the measures we already have in place, and those that can be applied if additional need arises, the Board of Education has decided that we will not move forward with a staff vaccine mandate in New Westminster,” the statement reads.

After carefully weighing the data and guidance & taking into consideration the measures we already have in place, the Board of Education has decided to not move forward with a staff vaccine mandate. More from the Board here: https://t.co/uHkLHLVMsR

The decision, however, comes after the release of a study from the BC Teachers’ Federation, which reveals some concerning findings.

According to the study, nearly half (46%) of K-12 teachers in BC said that they feel unsafe in schools. And 82% of teachers said that they’d support a province-wide vaccine mandate for adults that work in schools.