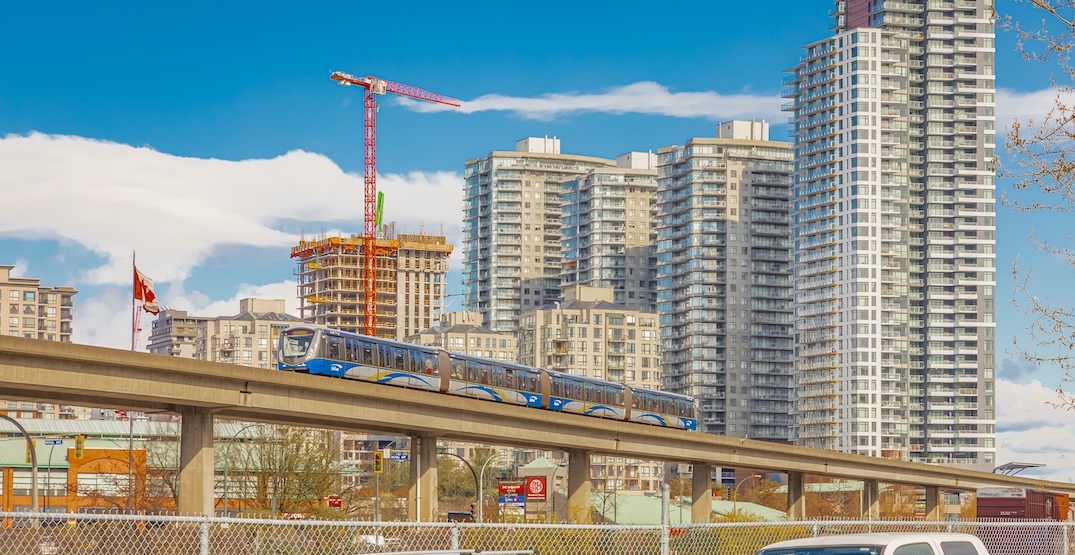 Construction of a condo tower and a passing SkyTrain in New Westminster, April 2022. (Elena_Alex_Ferns/Shutterstock)

The City of New Westminster has just found itself on the receiving end of $26.4 million, after it sold its BC Low Carbon Fuel Standard (BCLFS) credits.

These carbon credits, accumulated between 2013 and 2020, were sold to Elbow River Marketing, which is a Calgary-based firm that transports fossil fuels by rail, truck, ship, and pipeline. They are noted as a participant in the BCLFS program, and a subsidiary of Canadian convenience store and gas station operator Parkland Corporation.

The municipal governments earned the credits as it is an electric utility, with the credits gained on an ongoing basis by providing the electricity needed to operate SkyTrain through their jurisdiction and to charge electric vehicles, according to Mayor Jonathan Cote.

The sale of the credits will be completely directed towards the city’s Climate Action Reserve Fund, which is dedicated to providing one-time investments for projects and initiatives that support the city’s goals of climate mitigation, adaptation, and greenhouse gas reductions.

“The establishment of a Climate Action Reserve Fund furthers our ability to take aggressive action towards achieving our 2050 net zero emissions goals, which has been a major strategic priority for Council the past few years,” said Cote in a statement.