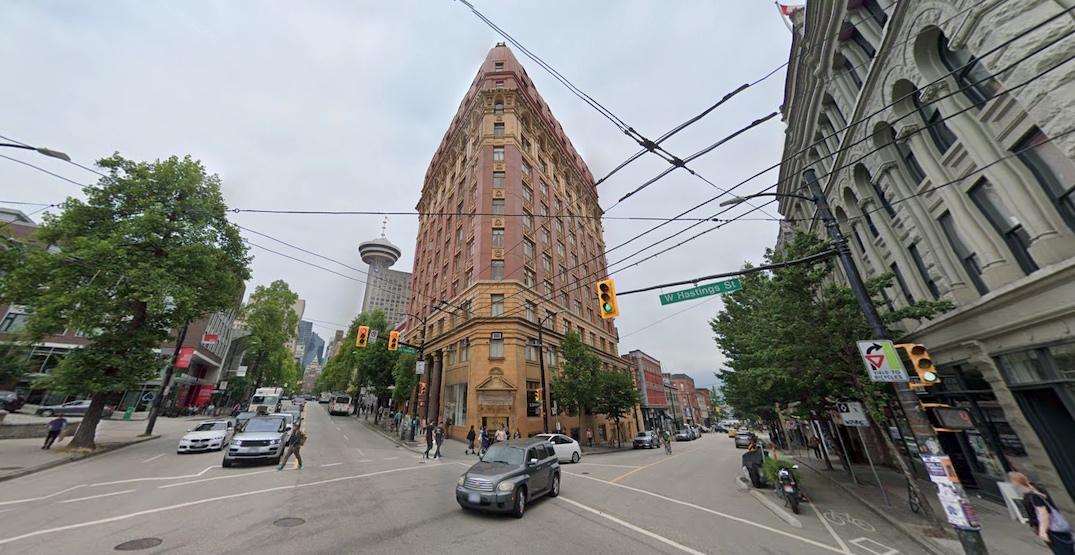 A heritage office building just across from Victory Square, on the border of Gastown in downtown Vancouver, has changed hands to a Toronto-based real estate investment firm.

The 53-metre-tall, 13-storey tower reached completion in 1910, and was briefly the tallest commercial building in the British Empire — constructed during the city’s economic boom into Western Canada’s financial hub, and the establishment of the Downtown Eastside as the original Central Business District. It was originally tenanted by The Dominion Trust, which later became The Dominion Bank. 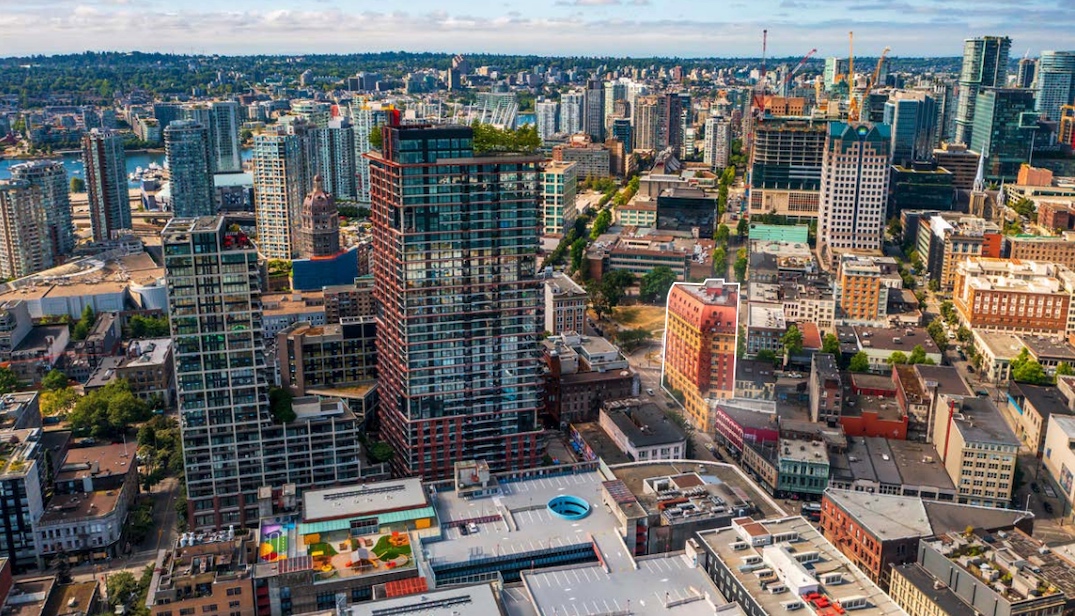 Dominion Building on the right, and Woodwards to the left. (Marcus & Millichap/CBRE) 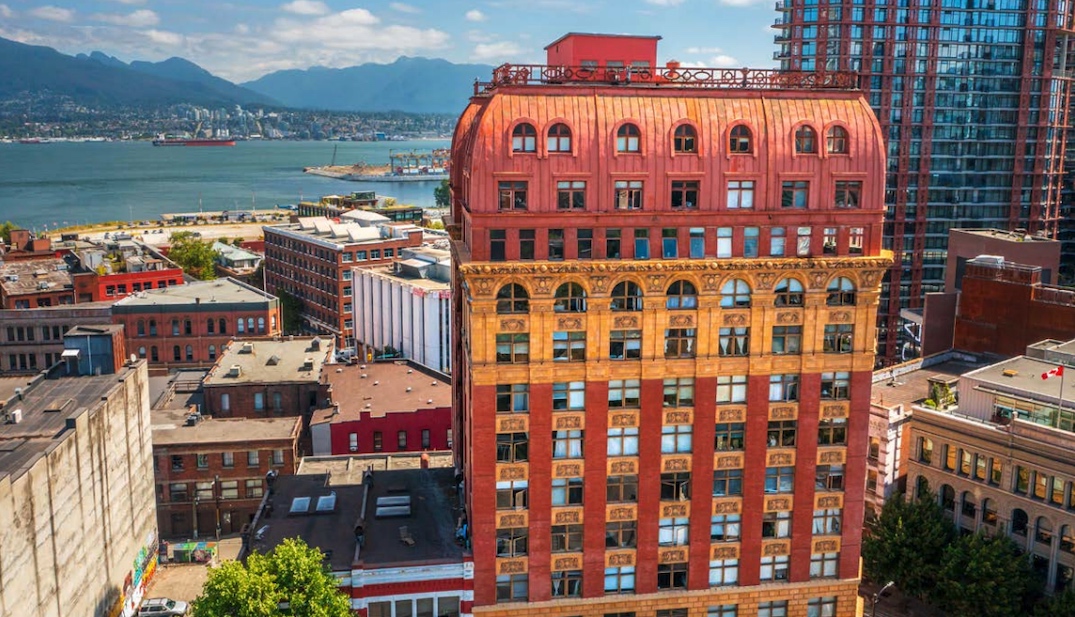 The tower, visually distinct with its flat-iron form that is a product of its trapezoidal-shaped lot, is designated by the municipal government as a Class A heritage structure.

For most of its existence, this property has been owned by Vancouver’s Cohen family, which founded and owns the Army & Navy department store properties.

The building has a total leasable floor area of about 80,000 sq ft. The value of the deal was not disclosed, but according to BC Assessment, it has an assessed value of $40.3 million, with $34.1 million for the land and $6.2 million for the structure. The deal is expected to close next month. 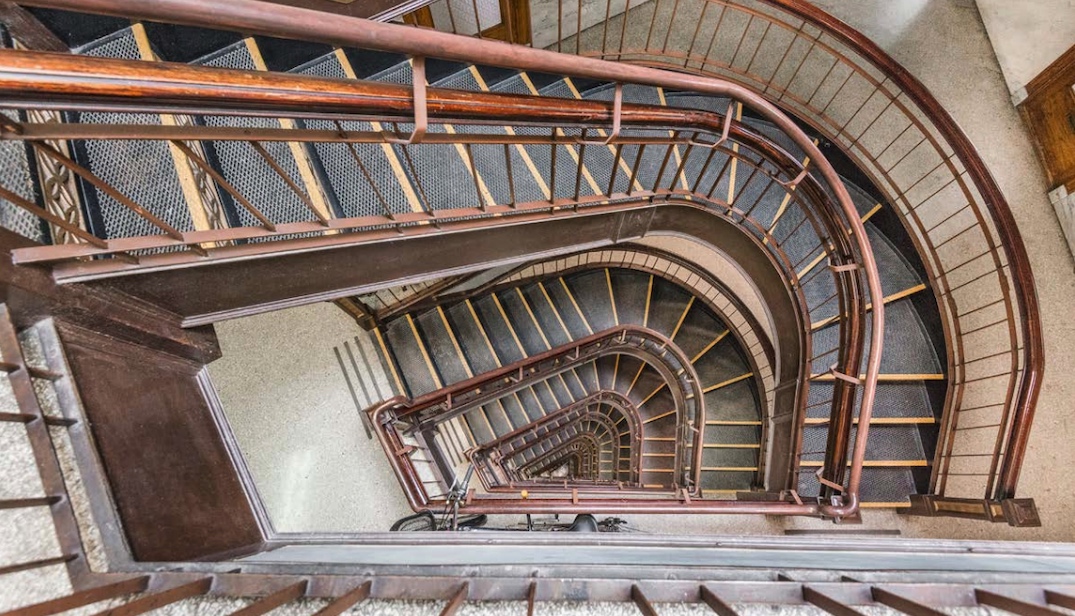 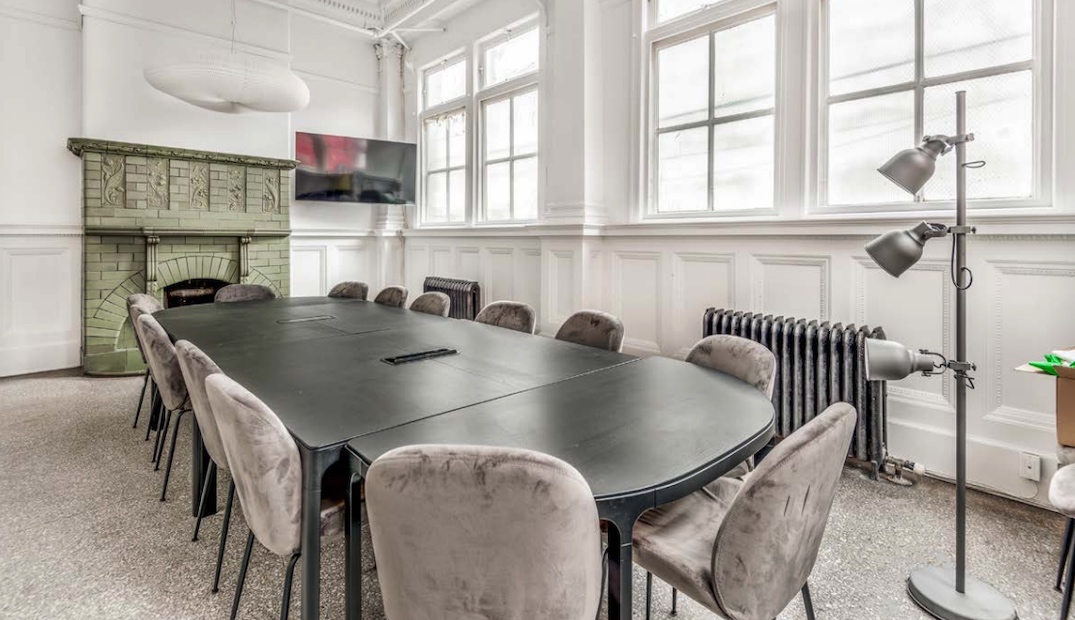 Allied has suggested suitable tenants could be smaller businesses in tech, advertising, median, and information. Nuba restaurant’s Gastown location is currently a tenant of the retail space in the lower floors.

“We’ll be a worthy successor owner to Army & Navy Properties in terms of both sensitivity and commitment to downtown Vancouver,” said Michael Emory, the president and CEO of Allied, in a statement.

“Because of its location, building attributes and operating history over many decades, the Dominion Building will enable us to accommodate smaller users who need more flexible lease terms. This will be particularly helpful as we reconfigure other buildings with larger floorplates to accommodate larger users with longer-term requirements.” 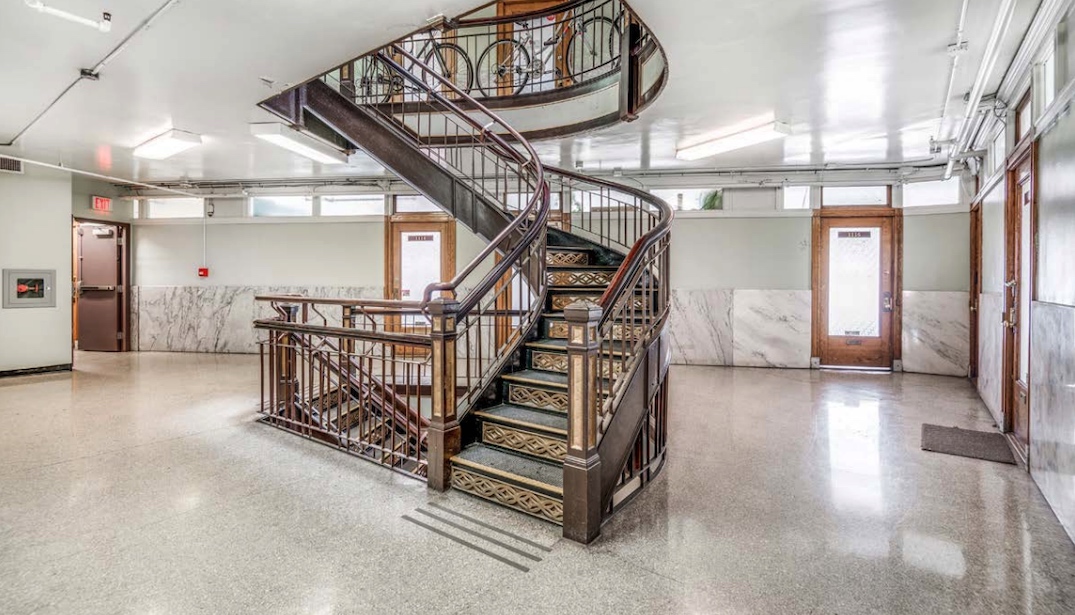 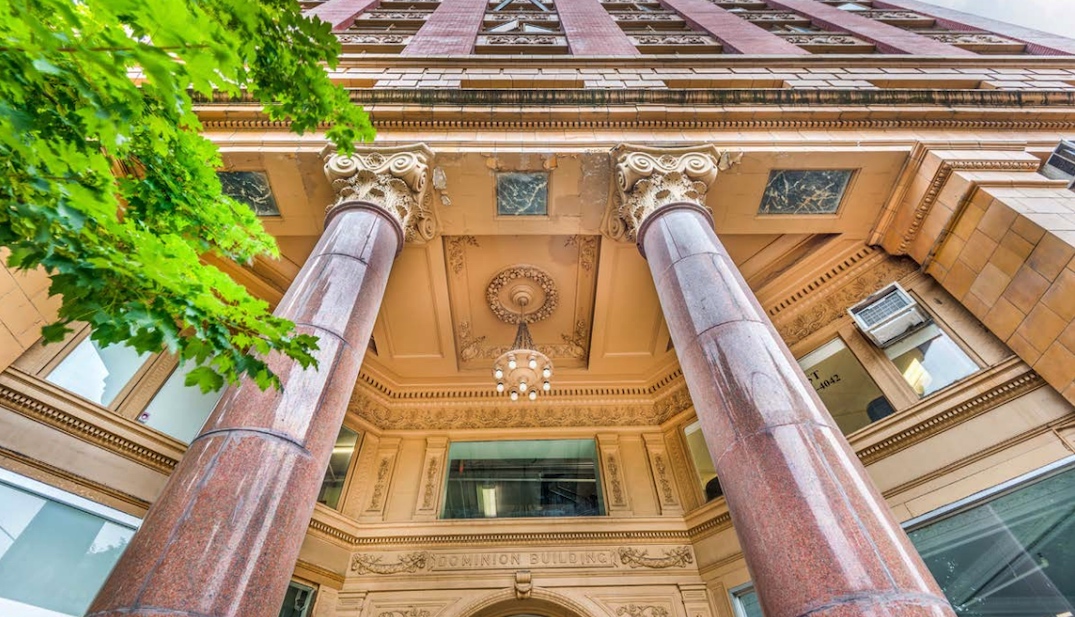 It also owns the historic Sun Tower at 128 West Pender Street, which recently underwent an extensive renovation, including a replacement of its dome roof with a new copper surface that will transition from its current reddish-brown colour to green from the natural oxidation process.

Army & Navy recently underwent an upheaval, after the pandemic’s impact last year forced the permanent closure of its stores. It is currently planning a major mixed-use affordable housing, office, and retail redevelopment of its Downtown Eastside store that preserves the heritage facade on West Cordova Street.

Other major off-market commercial sales in downtown Vancouver earlier this year include the office buildings at 888 Dunsmuir Street and 625 Howe Street.