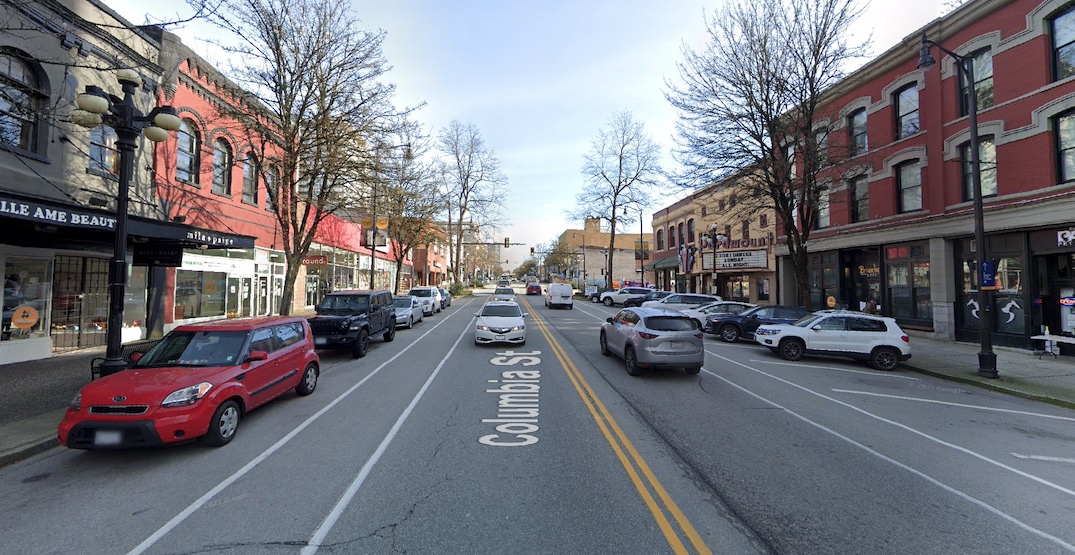 The New West Progressives party has vowed to install free vehicle parking on New Westminster’s city-managed property if it is elected into office in the upcoming civic election.

Daniel Fontaine, a city councillor candidate under the party, says such a strategy is about “economic revitalization and making sure our commercial districts are vibrant.”

“One way to do that is to make sure that people who are shopping and coming down here for entertainment are not being nickel and dimed,” said Fontaine.

The party’s strategy proposes providing electric-battery vehicles with two hours of free parking, while all other non-zero emission vehicles would receive one hour of free parking. They assert the municipal government’s use of digital pay parking stations enables this capability.

This would appear to go against the existing city council’s aggressive approach of actively discouraging car use, and encouraging travel by public transit, walking, and cycling. It is also unclear how any lost parking revenues would be offset.

But over the last few years, some jurisdictions in Canada and the US have used free parking as a tool to help support struggling businesses, and such measures are typically supported by local business improvement associations.

Halifax’s municipal government recently adopted the novel approach of forgiving parking fines in exchange for spending $35 at a local business.

The New West Progressives were formed ahead of the 2018 civic election, but they were unable to gain any foothold in city council. The party’s four city councillor candidates placed just after the six elected winners, with Fontaine coming closest to a seat — just over a thousand votes short.

Danielle Connelly, who holds a seat in New Westminster’s school board, is the party’s only incumbent candidate for the 2022 election.

The party’s mayoral candidate is Ken Armstrong, who is a lawyer and former president of the Canadian Bar Association’s BC Branch. The race to become New Westminster’s mayor is wide open, as current mayor Jonathan Cote is not seeking re-election after two terms as mayor and three terms as city councillor.

Fontaine, who placed seventh for city council in the 2018 election, was the chief of staff for the City of Vancouver’s mayors’ office between 2005 and 2008, during Sam Sullivan’s term under the NPA. He was previously also an executive of 2010 Legacies Now and Mitacs, and a columnist for the now-defunct 24 Hours Vancouver newspaper. Most recently, he was the deputy minister and CEO of Metis Nation BC.

According to the party’s website, their campaign platform will focus on the basics such as fixing crumbling infrastructure and inadequate community amenities and facilities, and addressing crime, public safety, economic recovery, and housing affordability.

“I have become increasingly frustrated with our current city council, which I feel has lost its way. Rather than simply write my frustrations on a Facebook post or send out another tweet, I’ve decided to put my name forward for public office in order to be part of the solution,” says Minhas.

“Whether it’s a lack of support for our police and the downtown business community, or the fact that city hall has simply stopped listening to average citizens, I felt compelled to come forward and offer voters an alternative perspective… We need to engage better. We need to make sure our streets are safe for everyone. We need to make sure senior levels of government hear loud and clear that our priorities for adequate housing options for our homeless and people suffering with mental illness who are living on our streets are met.”

When it comes to revitalizing downtown New Westminster, Minhas asserts the attention must be focused on Columbia Street. “‘The Golden Mile’ must once again serve as the primary centre of our business and commercial activity,” he says.

Metro Vancouver residents will head to the polls on October 15, 2022 for their municipality’s individual civic elections.