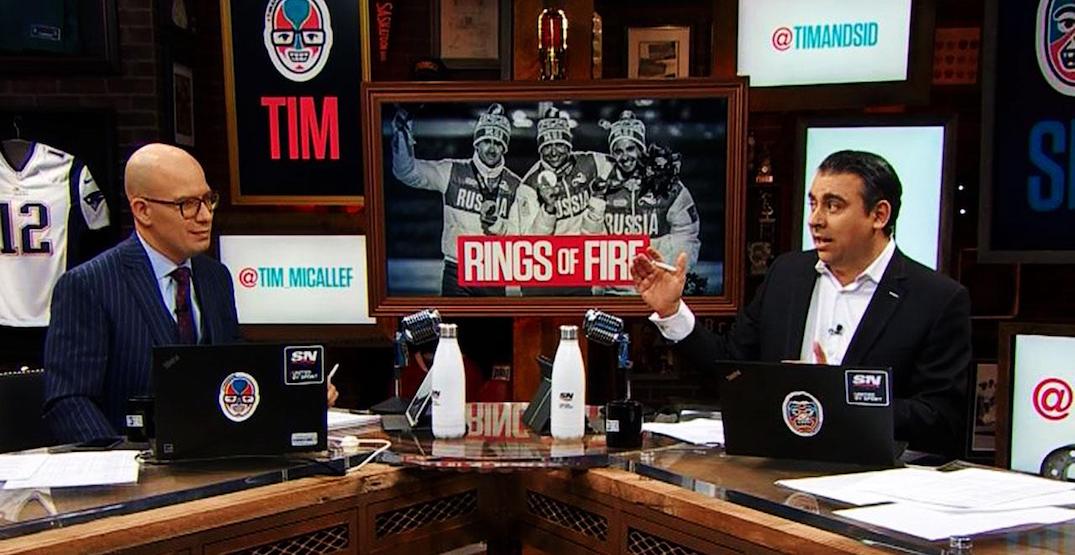 After an emotional final episode of Tim and Sid on Friday, it’s time to move forward for Tim Micallef.

Last month, longtime co-host Sid Seixeiro announced that he would be leaving Sportsnet to join Citytv’s Breakfast Television as the morning show’s new co-host with Dina Pugliese beginning on March 10.

But the show must go on. Micallef is staying on with Sportsnet, as the show has been rebranded and moving forward, will be called “Tim and Friends.”

Thanks for all the love this weekend, we were overwhelmed! Tim and Friends starts March 8th on @Sportsnet and @FAN590.

We hope you’ll join us! 💯 pic.twitter.com/GxkLDZqCVh

“Tim and Friends will remain at its core a sports talk show airing daily from 5-7 pm ET with a rotation of ‘friends of the show’ coming on as co-hosts and/or guests,” a Sportsnet spokesperson told Daily Hive.

The final “Tim and Sid” show featured various guests and a tearful farewell from Seixeiro, who has been working with Micallef since both men worked at The Score in November 2004.

Fans and famous sports personalities shared their favourite memories from the show over the years.

Forever grateful to these Friends of the Show… Thank you!#tsmemories pic.twitter.com/P6j0v1MNCz

“This was a lot of fun, and Tim and I, to be part of a duo is very rare in our business,” Seixeiro said on his farewell show. “And I just want to shout out Jay [Onrait] and Dan [O’Toole], because it’s not easy, what we do… God bless all of you, and Tim, I love you so much. And I’m the ugliest crier you’ve ever seen!”

“I love you too, man,” Micallef responded. “I appreciate everything you’ve done for my career. And this started as a dinky little show on a dinky little station, and we had dreams of doing something big. And here we are 17 years later. We hosted a parade for eight hours! We’ve met some of the giants in the business. So a cheers to you, my friend, and cheers to everyone who has gone on this ride with us. Salut.”

“It will be different, but we’ve got plenty more to come. Stay tuned,” a tweet from the newly renamed “Tim and Friends” account said on Friday.

The show will debut on Monday, March 8 at 5 pm ET/2 pm PT on Sportsnet.