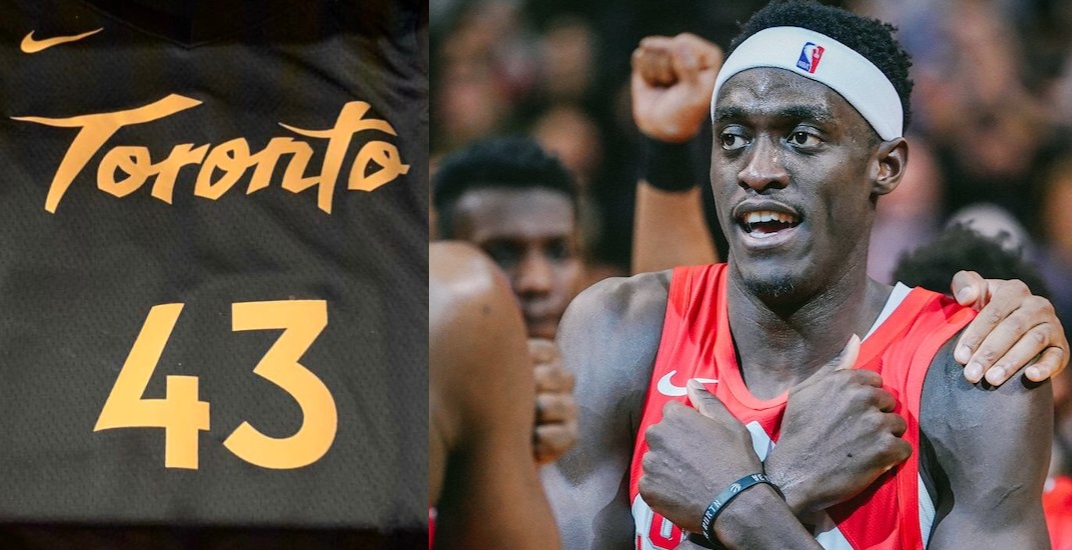 It looks like the Toronto Raptors will be unveiling another jersey soon.

A number of NBA teams have revealed new ‘City Edition’ uniforms this season. Many of them weren’t afraid to go bold, too.

The Raptors haven’t revealed their new look, though it appears it may have leaked on the internet.

This certainly looks like a new City Edition jersey:

The leaked jersey appears to be a nod both to Drake and to the team’s original jerseys — appropriate for their 25th anniversary season.

The Raptors have unveiled a new OVO uniform in each of the last two years, with a black ‘North’ jersey debuting in 2017 followed by the white version of it last season. A red version was also brought into circulation last season.

So far this season the Raptors have worn four different uniforms, including white, black, and red versions of their primary design, to go with their throwback Dino jerseys.

The leaked design features “Toronto” splashed across the front of the jersey, using the same font as the franchise’s original Dino uniforms. There also appears to be a 1995-era pinstripe on the side of the jersey.

It should be a popular look.

Here’s a look at some of the other City Edition jerseys that have popped up across the league:

Are the Wizards new City Edition jerseys a vibe or nah? pic.twitter.com/EW1Q3K1OvA

A closer look at our newest City Edition threads!

The Suns new city edition jersey has been revealed. pic.twitter.com/fRapxLE8DC

Here is your official look at the ⁦@dallasmavs⁩ City Edition Jersey. Mavs announce that the jerseys AND court will debut on Nov. 26 against the Clippers. They’ll be available for purchase on that date. pic.twitter.com/ptNKBYZfnR

Nuggets unveil their City edition uniforms for this season. pic.twitter.com/Sanf5GoMR4