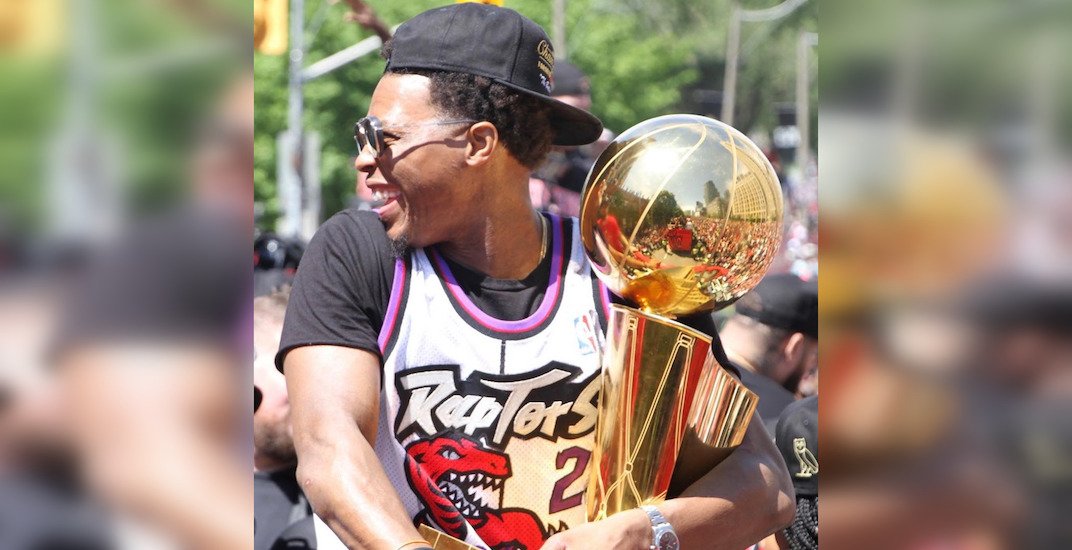 The NBA champion Toronto Raptors will be kicking it old school next season.

In honour of their 25th anniversary, the Raptors will be wearing their original home uniform — the one Damon Stoudamire and company wore during their first-ever game at the SkyDome in 1995.

The Raps will rock their original home white uniforms, with purple, red, and silver trim, for select home games next season.

According to leaked images, the Raptors will also unveil a ‘Classic Edition’ court design to match the retro Dino jerseys.

The Raptors haven’t said when they’ll wear these beauties yet, but it sure would make sense to rock them when the Memphis Grizzlies come to town. The Raptors’ expansion cousins have already announced that they’ll wear the original teal Vancouver Grizzlies jerseys for some games next season.