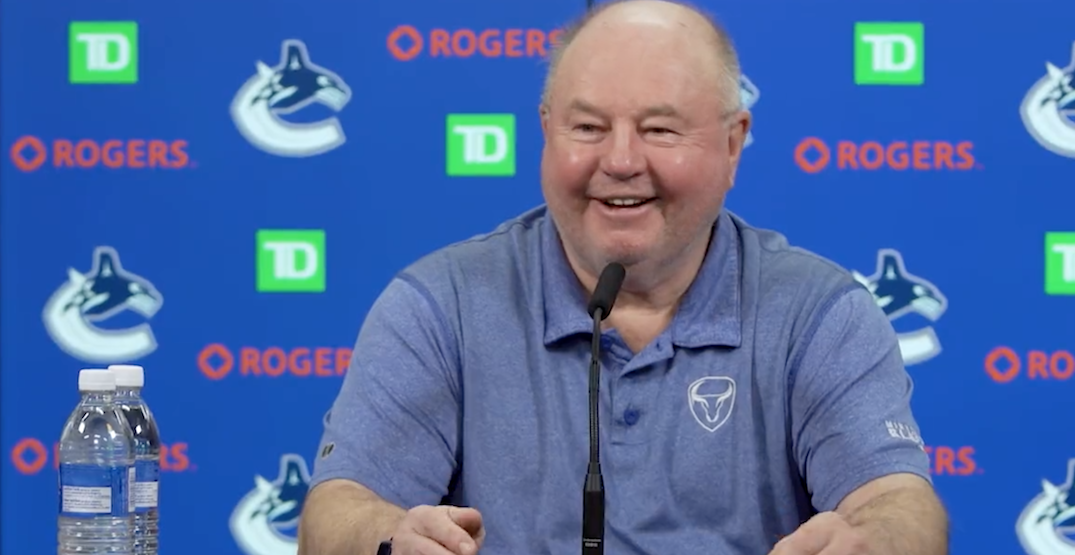 The Vancouver Canucks won 4-0 in Bruce Boudreau’s debut, but there was one thing keeping Monday night from being perfect for the 66-year-old bench boss.

Boudreau’s a big pro wrestling fan, as it turns out.

The Canucks coach flexed his WWE knowledge during an interview on the NHL Network on Tuesday.

“I’m so glad you asked me because I was working last night,” Boudreau said when asked by co-host Jackie Redmond if he had seen Monday Night Raw this week and needed an update.

Redmond, a former Sportsnet anchor who now covers the NHL in the United States, also does work for the WWE, so she got him up to speed.

Boudreau was happy to hear that Becky Lynch won her match, and said he expects a triple-threat match to come for Kevin Owens, Big E, and Bobby Lashley.

The charismatic coach then teased a WWE tie-in with the Canucks.

“I will tell you off the air what I’ve got planned for this team, and it has something to do with the WWE.”

PS. Sounds like Bruce might have plans to bring some WWE flavor to the #Canucks dressing room. 👀@NHLNetwork @Canucks #HockeyTwitter #NHL pic.twitter.com/2stScSCNd9

This isn’t the first time Boudreau has revealed a love for pro wrestling.

In an interview with The Washington Post in 2009, Boudreau admitted that he enjoys watching WWE.

“I mean, it’s entertaining,” Boudreau told Dan Steinberg. “I don’t sit there and believe it, but some of their athleticism is quite good. And they certainly can take pain, and they’re tough. I’ve met a lot of wrestlers, and I really admire them because of the toughness that they’ve shown.”