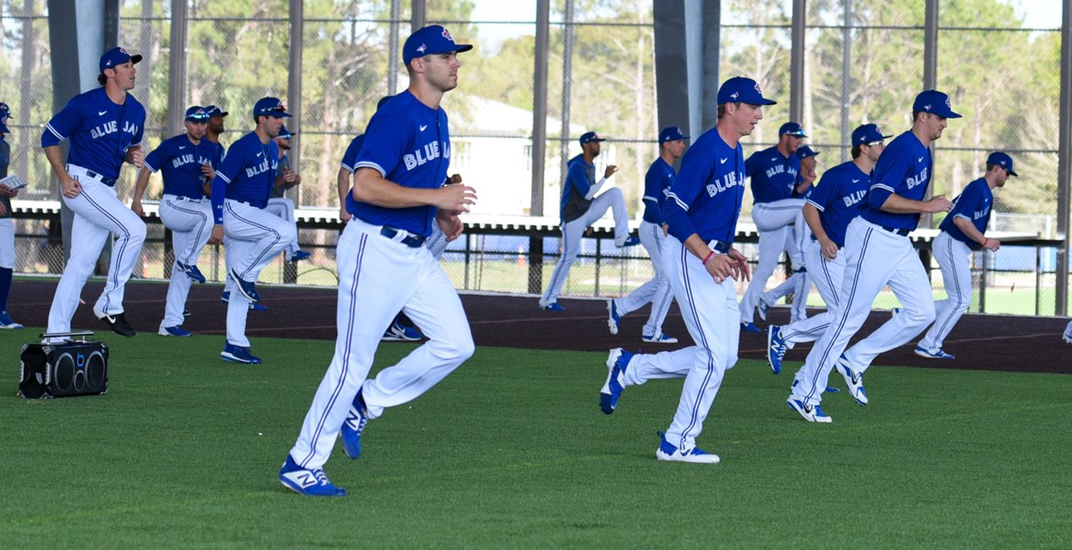 The Toronto Blue Jays don’t seem like a team with very many positional battles this spring. Their infield is mostly set, the makings of a Major League outfield is apparent, and there are plenty of pitchers to go around.

Aside from the young superstar appeal of Vladimir Guerrero Jr. and Bo Bichette and the fascination surrounding the Blue Jays’ new ace Hyun-Jin Ryu, there are some under-the-radar players to keep your eye on during spring training.

These aren’t household names among the 40-man roster players and non-roster invitees, but these players could become the next iterations of found gold for the Blue Jays, just like Eric Sogard and Daniel Hudson from last year.

If you’re a certain vintage of the San Francisco Giants from the years 2014 to 2019, Joe Panik’s name is quite familiar. However, inside the American League East realm, this veteran infielder is relatively unknown.

As of this moment, Panik has the inside track to crack the Blue Jays’ opening day roster as the team’s backup infielder/utility player. To his credit, the former Giant is a plus defender as the owner of a Gold Glove award from 2016.

Here’s the catch; Panik played all but one of his 644 career MLB games at second base, so there could be a bit of a learning curve if Charlie Montoyo calls upon Panik to play shortstop or third base.

Panik started his grapefruit league game at shortstop on Wednesday against the Detroit Tigers and seemed to handle the position adequately.

There’s a potential for Panik to become the 2020 equivalent of the Eric Sogard signing, and Sogard posted some of the best offensive numbers of his career while wearing a Blue Jays uniform.

Caleb Joseph makes the team on this audition alone. pic.twitter.com/uFQRZdn5cR

Caleb Joseph’s recent claim to fame was his epic drum session from last week as a tribute to the late Rush drummer, Neil Peart.

Joseph had a run-in with the Blue Jays in the past, as the recipient of a buzz ball from Marcus Stroman back in 2014. That resulted in a five-game suspension for Stroman and a bit of bad blood between the Orioles and Blue Jays.

As it stands, the Blue Jays have plenty of young catchers to go around in the form of Danny Jansen and Reese McGuire, but in the event of an injury to either backstop, Joseph would be the next man up.

When it comes to overall height, A.J. Cole is a large, large man. At six-foot-five, he’s easy to spot among the hoard of Blue Jays pitchers. But there’s some potency in that frame of his.

Cole was limited to only 25 games with the Cleveland Indians last year, but has already worked two scoreless frames in spring training for the Blue Jays so far. Armed with a fastball that can reach 97.5 miles per hour, Cole can bring the heat when necessary.

It’s easy to forget that Julian Merryweather was once the “player to be named later” in the infamous Josh Donaldson trade of 2018, but after undergoing Tommy John surgery two years ago, Merryweather is back in a big league camp.

He made his spring training debut last weekend, pitching behind another highly touted arm: Nate Pearson. It turns out Merryweather has quite the arm himself, with the potential to touch 100 MPH on the radar gun, just like his teammate Pearson.

The Blue Jays have a wealth of outfielders at spring training camp this year, but what they don’t have is a bevvy of quality outfielders. If a young Blue Jays prospect was looking to break through and make the opening day roster, the clearest path is through the outfield.

Enter Forrest Wall, the outfield prospect acquired by the Blue Jays back at the 2018 trade deadline. Traded in exchange for reliever Seunghwan Oh, Wall landed in the Blue Jays’ farm system (along with Chad Spanberger) with little fanfare.

As a non-roster invitee this spring, the 24-year-old has plenty of runway to impress Blue Jays coaches and front office staff. Toronto’s three-man outfield is almost set in stone, but there are still two potential bench spots up for grabs.

Wall is batting for a roster spot with other outfielders like Anthony Alford and Derek Fisher, and while it’s unlikely that Wall flies north with the Blue Jays to start the season, he could be the first outfielder the team calls upon in the event of an injury.

The Blue Jays called upon 14 (14!) different outfielders last season, so bet on Wall making his way to Toronto at some point during the 2020 regular season.