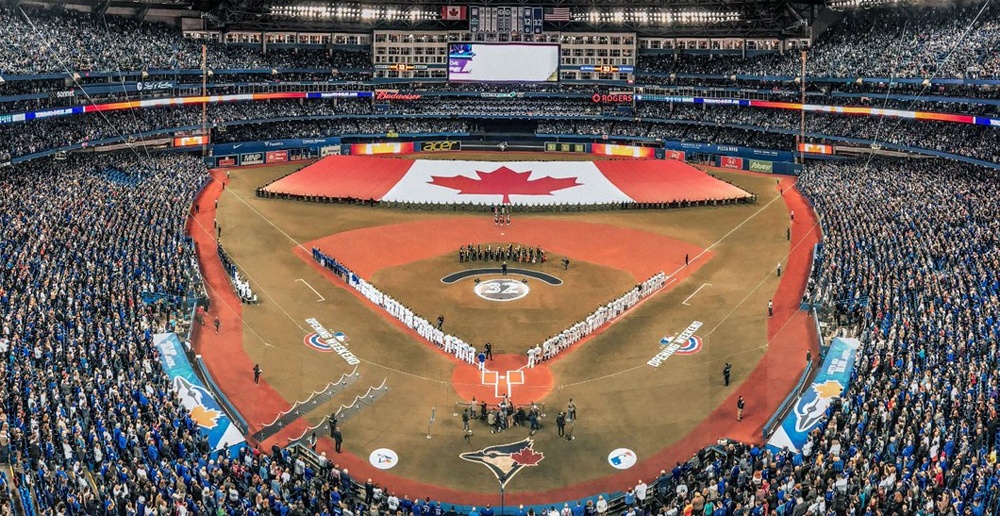 Very few people realize the dream of becoming a Major League Baseball player, but the Blue Jays will pay one lucky fan like a big leaguer during Opening Weekend.

The absolute minimum an MLB player can earn in 2020 is $563,500, but one person will take home the equivalent of a year’s salary with one simple ticket.

For the second consecutive year, the Toronto Blue Jays are bringing back their half-million-dollar 50/50 prize for the start of the season.

This prize is open to residents of Canada, and 50/50 ticket sales are open right now online for residents of Ontario.

The Blue Jays begin their 2020 campaign at home with a four-game series against the Boston Red Sox, March 26 to 29. Online and in-stadium 50/50 tickets purchased will be eligible for the half-million-dollar jackpot.

Last year, the Blue Jays awarded an MLB record $538,897 prize to the 50/50 winner from Blue Jays opening weekend, and this year’s winner will take home at least 500K, if not more.

All new this year is the addition of some early bird prizes, like a trip for two to Montreal to watch the Blue Jays-Yankees exhibition series at Olympic Stadium, a Bo Bichette signed jersey, some World Series artwork autographed by members of the 1992 and 1993 Blue Jays, and a Vladimir Guerrero Jr. signed jersey.

Online ticket sales for this 50/50 jackpot are open now through the Jays Care website.