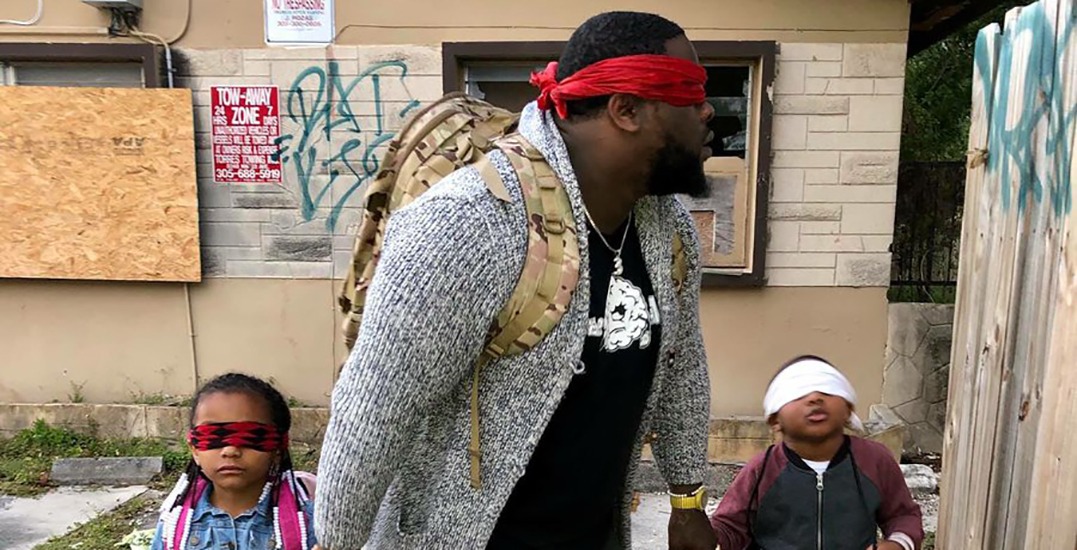 On Wednesday, January 2, Netflix issued a warning to viewers, asking them to refrain from participating in the “Bird Box challenge” as it could land them in hospital.

The fad is based on the Netflix Original film that captures the challenges of Malorie, played by Sandra Bullock, and her two children, who attempt to navigate through a post-apocalyptic world.

Here’s the catch, most characters in the film spend the majority of their time blindfolded — a way for them to stay alive and move around, without going insane.

Since being released on Netflix on December 21, 2018, the movie has skyrocketed in popularity. Within a week of being released, over 45 million accounts had watched Bird Box – the strongest seven days ever for a Netflix film.

Its widespread popularity eventually turned into the Bird Box challenge. In this, people attempt to move from one location to another or perform their everyday tasks while blindfolded.

Can’t believe I have to say this, but: PLEASE DO NOT HURT YOURSELVES WITH THIS BIRD BOX CHALLENGE. We don’t know how this started, and we appreciate the love, but Boy and Girl have just one wish for 2019 and it is that you not end up in the hospital due to memes.

When the Dog has to go out, but you wanna make sure he doesn’t get caught lackin and run out in front of a car or something #BirdBoxChallenge #Birdbox pic.twitter.com/Yn0WjSNrm7

While many photos and videos have remained harmless, some uploads have shown minor injuries and scenarios that could have had the potential for much worse. One video shows a toddler running into a wall blindfolded; another shows a participant allegedly falling down a flight of stairs.

Y’all gotta chill #BirdBoxChallenge 😂😂 why he do the baby like that pic.twitter.com/hspFdNHzTC

One creative user on Instagram even blended the challenge with an older #InMyFeelings challenge, going so far as to cover parts of her car with newspaper.

Here’s to hoping that nobody ends up in the hospital “due to memes.” If nothing else, it’s (arguably) better than last year’s ‘Tide pod’ challenge.