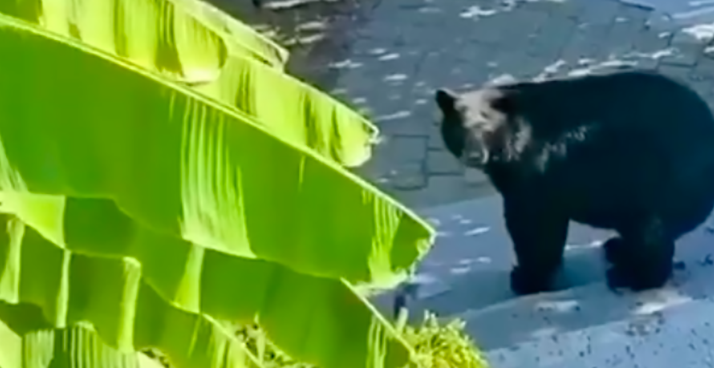 A memorial was held on Friday following the death of a black bear in Deep Cove, the latest bear killed in the area by conservation officers.

According to the North Shore Black Bear Society, the animal was well known in the neighbourhood, so much so that residents had dubbed her Plum, because she was known to frequent the fruit trees in the area.

Fans of the creature gathered on the 800 block of Beachview Drive — the street where Plum was reportedly killed — to “honour her spirit.” According to the NSBBS’ Facebook page, the event was organized by residents and Tsleil Waututh Elder Amy George.

Attendees were asked to wear masks, and besides just a memorial, there was also a chance after the ceremony to ask questions about wildlife safety in local neighbourhoods and finding ways to responsibly coexist with wildlife.

Organizers said this was an “opportunity to discuss the reform of education and policy that needs to take a drastic change in order to protect the integral, keystone species that we share this community with.”

The advocates say they first became aware of the bear on July 24, where they directed her away from a property containing a fruit tree. They also report leaving educational material at over 450 homes in the area.

Ultimately, the group wants to see other options pursued besides lethal force is used.

“What everyone in British Columbia must understand is that bears are an integral part of our community and the killing of these innocent animals is not accepted by the majority of humans who live here,” the group wrote. “The BC Conservation Officers Service killed 70 bears across British Columbia in July alone. Non-lethal management is what we must see moving forward.”

The news comes as the Coquitlam Crunch trail remains closed after a bear reportedly tapped a jogger on the path.

Daily Hive has reached out to the BC Conservation Officer Service for comment.