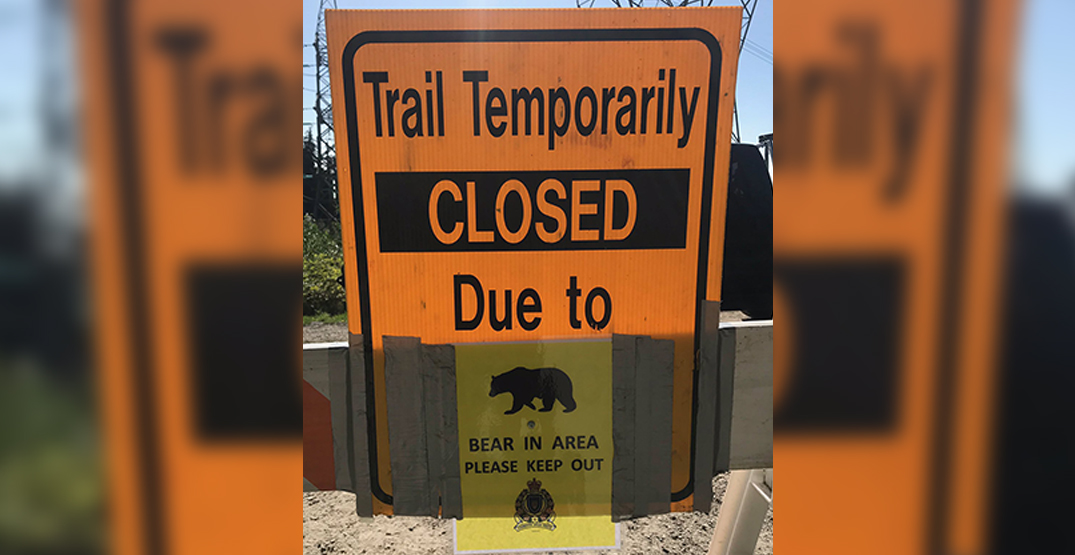 After the Coquitlam Crunch trail closed due to a woman being swatted by a bear, the trap put in place by conservation officers has been removed.

On Sunday, August 30, the BC Conservation Officer Service reported on social media that they had closed the trail after receiving reports of a woman being struck by the bear while jogging.

In an update on Thursday, the Conservation Officer Service said they had removed the trap in place for the animal, though the trail would remain closed.

“The bear was not captured,” BCCO said on Facebook. “The trail will remain closed until at least Tuesday, after the long weekend.”

The decision to remove the trap was reportedly based on several factors, including duration and lack of bear activity in the area.

“The COS did not receive any recent reports of a bear in the vicinity of the trap,” they added.

A similar decision was made in July after a 10-year-old child was bitten in Rice Lake in July of this year.

The agency says it will continue to monitor the area and are asking the public to report any bear sightings.

UPDATE
Conservation Officers removed the bear trap at the #Coquitlam Crunch trail this morning, which was set after a…

The traps were removed just after an online petition surfaced, asking for the service to refrain from killing the bear after it was captured.

“British Columbia Conservation Officer Service might euthanize the black bear who ‘tapped’ at a woman on Coquitlam Crunch trail if it’s caught,” the petition’s description reads.

Asking instead for a relocation of the beast, at time of writing the document had gained 2,981 signatures.

If you want to know if the area you’re headed to has been frequented by bears recently, check out the Wildlife Alert Reporting Program’s (WARP) interactive map, which is updated with reported sightings in the province.