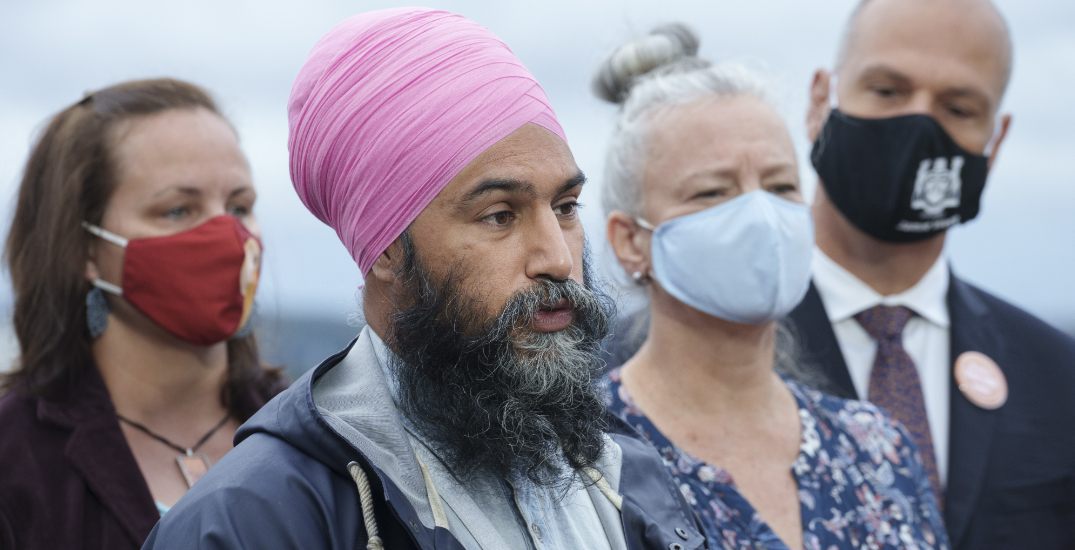 Federal NDP Leader Jagmeet Singh pledged financial breaks for Canadian students on Saturday, vowing to do away with interest on federal student loans “immediately and permanently” as well as forgive student debt.

Singh unveiled his latest campaign promise outside of the University of Sudbury ahead of the September 20 federal election.

Singh said students have been among the Canadians hit hardest by the COVID-19 pandemic, adding forgiving their debt would give youth a necessary leg up.

“Students are struggling when they graduate, so we want to go beyond just eliminating entirely interest,” Singh said.

“We want to also forgive student debt to make sure that they’re not being crushed under the weight of that debt.”

The University of Sudbury was affiliated with Laurentian until May, when Laurentian terminated its relationship with its three federated universities. Laurentian declared insolvency in February.

Singh called Laurentian vital to the North, labelling the recent cuts “a devastating blow” to Indigenous and Francophone communities in the area.

Singh’s media appearance Saturday began with an introduction from Sudbury NDP candidate Nadia Verrelli, who said she was “full of emotions” by the cuts at Laurentian.

The NDP lost the Nickel Belt riding that includes Sudbury in the 2019 election, falling to the Liberals’ Marc Serre by 3,354 votes.

Singh called Saturday for a national vaccine passport, saying the federal government has a role to play in providing Canadians with proof of immunization that would make international and local travel easier.

Provinces including Quebec, British Columbia, and Manitoba have already stated that proof of vaccination will soon be required for people to take part in certain non-essential services. And senior government sources in Ontario said Friday the province plans to follow suit by unveiling a vaccine certificate system of its own early next week.

The introduction of such a system would represent a significant reversal for Ontario Premier Doug Ford, who has publicly rejected the idea and said it would create a “split society.”

More than 75% of eligible Canadians were fully vaccinated as of Friday, while nearly 84% have received at least one dose.

Singh said a vaccination certificate system reflects the desires of the majority of Canadians.

“Doug Ford is finally seeing the light and making that decision,” he said.

While Singh said provincial governments are “absolutely entitled to and in fact should” set up a vaccine requirement system, he added the federal government can implement a national document to streamline the process for travel.

“Why wouldn’t we have an easy document provided at the federal level so we can travel within our own country?” Singh said. “And that’s why we think, just to make life easier, just to make it simple, why not have a federal document? That’s our plan.”

The Liberals pledged funding for provinces to implement vaccine certificates on Friday while Trudeau took aim at Conservative leader Erin O’Toole for not requiring all Conservative candidates to be vaccinated.

The issue of a vaccine certificate has been contentious on the campaign trail. Trudeau’s Friday stops in southern Ontario were met with raucous protesters and the Liberal leader cancelled his evening rally over a security threat.

Singh condemned the protesters, adding that a vaccine document is supported by “the vast majority” of Canadians.

“No one should have to cancel an event because they’re worried about a danger to the safety of people coming out to a political event,” he said. “That should not happen.”