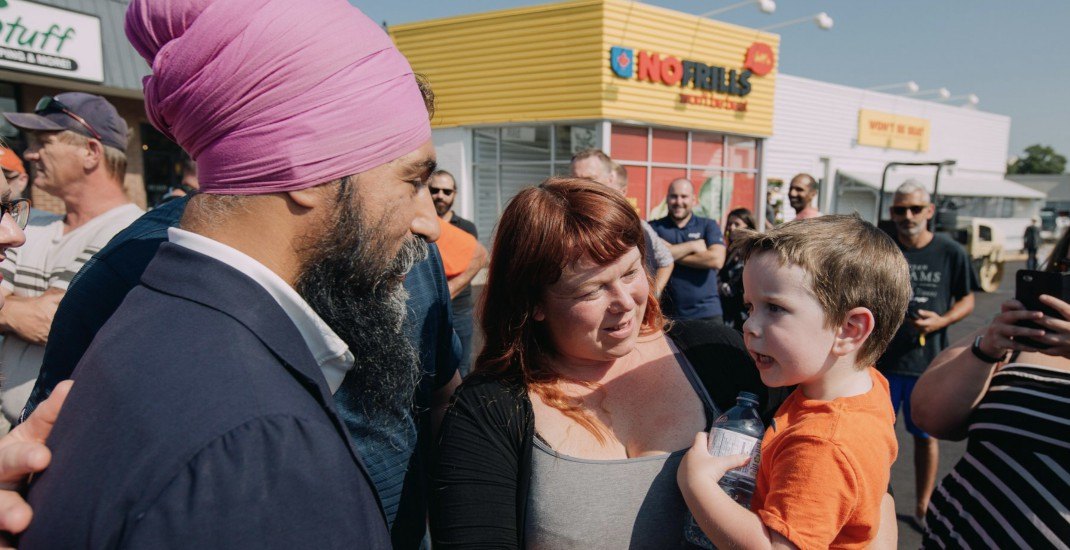 An NDP government would spend $10 billion over the next four years to create 500,000 new child-care spaces in Canada, leader Jagmeet Singh said Monday.

In an announcement at a child-care centre in Vancouver, Singh said a right to accessible and affordable child care would be enshrined in law under an NDP government.

“Our goal is to make sure no kid goes without child care,” Singh said.

That legislation would include provisions for training new child-care workers and ensuring they are paid appropriate wages.

The child-care centre at which Singh made his announcement is part of British Columbia’s $10-a-day child-care pilot project, which started last year.

Singh said his plan was inspired by that policy and aims to go beyond it by establishing free or low-cost childcare for all Canadian families by 2030.

“In our plan, universality means no cost for some families, so it would be less than $10 a day. But the highest we’d like to have is a cap at around $10,” Singh said.

Care costing $10 per day would see a family spend about $200 per month per child.

Singh repeatedly attacked the record of Liberal Leader Justin Trudeau, who he said “walked away” from families in need of child-care support.

Singh said Liberals had made a promise to help Canadians access affordable child-care even longer ago than their commitments on pharmacare, but nothing has materialized.

Children born when that first Liberal promise was made are now in need of child-care support for their own children, Singh said.

It was the NDP campaign’s seventh straight day in British Columbia, where Singh has made several regionally focused announcements.

Singh said BC is important to him because of its national importance, large population and his own seat in the area. But he said the campaign will move back east soon to Quebec and Ontario.