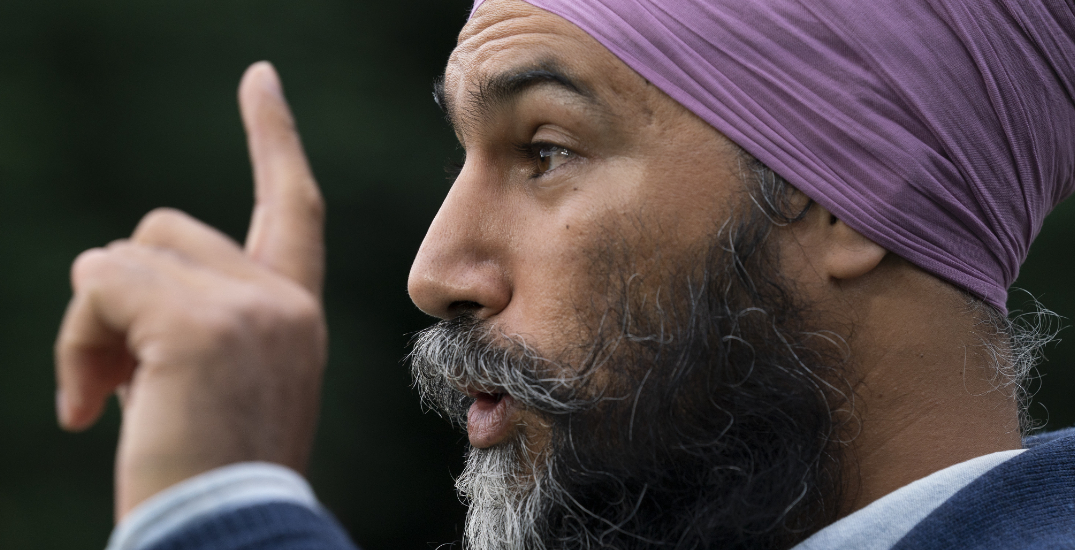 Jagmeet Singh’s New Democrats have joined the other major parties in releasing details on how they would pay for their pledges ahead of the September 20 election.

Singh told a press conference in Vancouver the NDP is the only party with a plan to ensure the super wealthy pay their fair share while making life more affordable for everyday people.

The NDP’s commitments add up to $214 billion over five years, with $166 billion in projected revenues based on estimates from the Parliamentary Budget Office.

The most costly area is healthcare, with proposed spending totalling $68 billion.

The party says those costs would cover its universal pharmacare plan, investments in long-term care, and dental and mental health coverage for those who need it.

Other big-ticket items in the costed platform include spending $26 billion on various initiatives to fight climate change and supporting energy-sector workers in the transition, as well as $30 billion earmarked for reconciliation with Indigenous Peoples.

The NDP projects its proposed wealth tax, returning the capital gains inclusion rate to its 2000 level, returning the corporate income tax rate to 2010 levels except for small businesses and cracking down on tax havens would raise $166 billion in revenue over five years.

The platform also outlines how Canada’s debt as a share of GDP would decline to 45.8% from 48% over the next five years under an NDP government, a slightly lower ratio than the Liberals’ 46.5% projected for 2025-26.

Asked at an earlier press conference why the NDP waited until nine days before the election to release its costed platform, Singh said it takes time to work with the Parliamentary Budget Office and their plans wouldn’t be a surprise for Canadians.