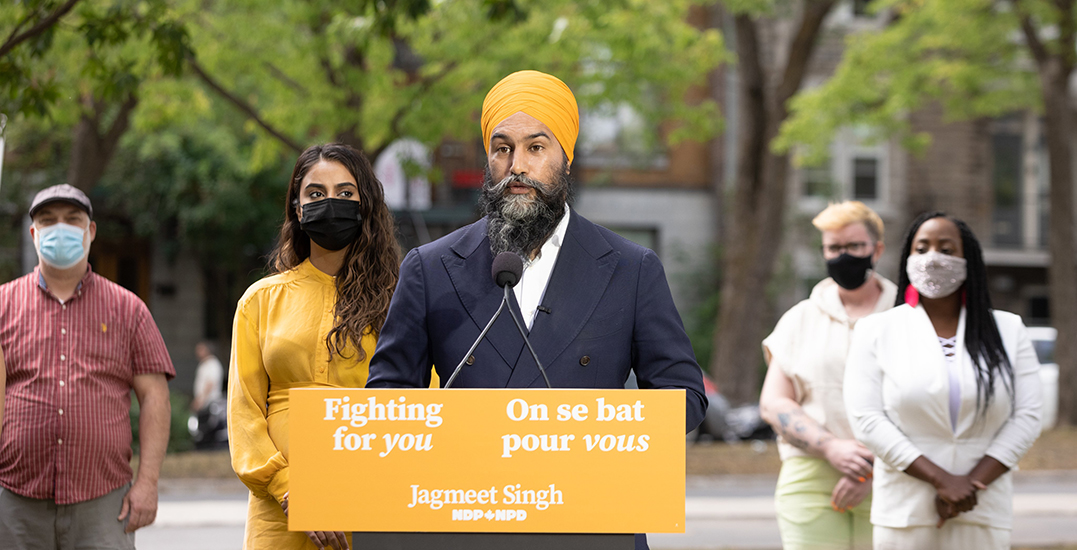 A one-per-cent tax on some of Canada’s wealthiest residents would be enough to fund the start of a national dental care program, the leader of the federal NDP said Saturday as he filled in details on a key plank of his party’s election platform.

The plan outlined by Jagmeet Singh revisited a frequent theme of his electoral campaign as he insisted Canada’s ultra-rich should be paying more to cover the cost of a host of social programs. Funding for government-subsidized dental care, he said, would come from a one-per-cent tax on Canadians with a net wealth of $10 million or more.

Singh said the resulting cash would provide full dental coverage for uninsured families earning less than $60,000 a year and partial coverage for families with less than $90,000 in annual income, noting the measures would take effect immediately under an NDP government.

“This is completely doable in the scheme of federal programs, this is very achievable,” Singh said during a campaign stop in St. John’s. “It would provide relief to people who are worried that they can’t afford the care that they need.”

Singh said his ultimate goal would be to eventually add complete dental care coverage as a benefit under Canada’s health-care program, estimating the new plan would cost around $1.5 billion in its first year before leveling off to just under $1 billion a year later.

The plan is similar to the one Singh campaigned on in 2019, which also offered help for families earning less than $90,000 a year as well as a sliding copayment for families in the $70,000 to $90,000 annual earning bracket.

When asked about the similarities to the previous version of the plan, Singh said the party was dedicated to continuing the fight for improved medical care.

“It’s not a surprise that we are still campaigning on the things we believe in because we haven’t changed our beliefs,” he said. “People have realized more than ever that our health-care system has had gaps. They’ve seen that COVID-19 didn’t create the problems, but certainly exposed a lot of them.”

While the announcement doesn’t push the party’s messaging forward, said Alex Marland, a politics professor at Memorial University, Singh’s presence in St. John’s and the dental plan play into a larger campaign strategy for the New Democrats.

“They’ve obviously calculated that him being there will give a boost to their fortunes, to be able to retain the seat that was vacated by Jack Harris,” Marland said.

Harris announced in June he would not be running in the federal election in the riding of St. John’s East, ending a career in federal politics that began in 1987.

The dental care plan, meanwhile, bolsters the narrative that New Democrats look out for people with lower incomes, Marland said. It could also serve as a bargaining chip should the NDP choose to prop up either the Liberals or Conservatives in the event of a minority government.

Singh also voiced a proposal for tackling what he described as other gaps in the national health-care system.

He said leaning on residents with international training could be a key tool in shoring up the health-care sector and addressing staffing shortages exacerbated during the pandemic and its aftermath.

“There are a lot of very talented people that come to Canada with international experience … but then when they get here that (experience) is not recognized and they can’t practice in their fields,” Singh said. “I think that could also help us with medically trained professionals and other professionals that have great training and experience but aren’t able to use that when they come to Canada.”