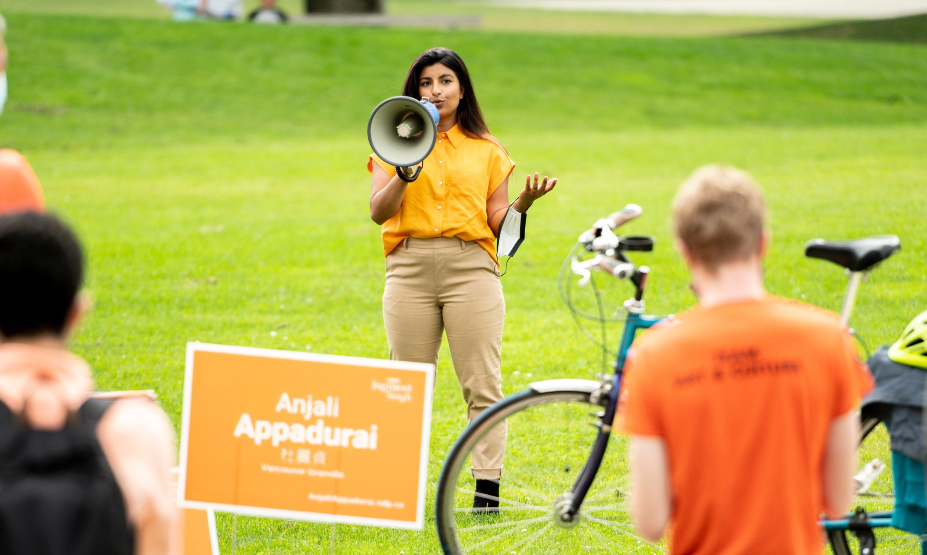 Jody Wilson-Raybould has one piece of advice to give her political successor in the Vancouver Granville riding: follow your own path, and don’t reward their political party with blind loyalty.

Wilson-Raybould, who was Canada’s first Indigenous minister of justice before being re-elected as an Independent, said she learned the downside of the hyper-partisan nature of politics and how quickly it can become toxic for candidates.

Wilson-Raybould was kicked out of the Liberal caucus after accusing Prime Minister Justin Trudeau of pressuring her to secure a deferred prosecution agreement for SNC-Lavalin.

In August 2019, the federal ethics commissioner concluded that Trudeau violated the Conflict of Interest Act by improperly pressuring Wilson-Raybould to halt a criminal prosecution of the Montreal engineering giant on corruption charges related to contracts in Libya.

Wilson-Raybould announced she would not be seeking re-election earlier this summer, leaving the door open for the Liberals to retake the riding.

In this election, Liberal candidate Taleeb Noormohamed, who also ran in the riding in 2019, will face a high-profile New Democrat opponent in Anjali Appadurai, while lawyer Kailin Che will represent the Conservatives.

“The main thing for me is making sure we get to a place where Vancouver Granville has a member of Parliament that has a seat at the table where discussions and decisions are being made that affect us,” Noormohamed said in an interview.

Noormohamed acknowledged Wilson-Raybould’s impact in being the first to represent the recently formed riding.

He says he is looking forward to telling his story to voters, while relaying that he will advocate for his constituents’ concerns on issues such as housing affordability with the government.

But that message of housing affordability has been questioned by the New Democrats.

Records show Noormohamed bought and sold more than 30 houses over 17 years, netting a profit of more than $4 million.

Despite opposition parties claiming Noormohamed’s activity would go against his own party’s platform, he said he fully supports the Liberals’ housing plan. The party has proposed an anti-flipping tax that would require homes to be held for at least 12 months.

“While I have had business activities improving homes and would have been impacted by such measures to cool the housing market had they been in place, I am fully supportive of the Liberal plan,” he said in a statement.

“I have always been consistent in my support for a variety of measures to make housing more affordable, and as the MP for Vancouver Granville, it will remain a top priority.”

For the NDP candidate Appadurai, who has worked for Sierra Club BC, she said she’s running as there is an “urgency in this moment” when it comes to the effects of climate change.

She rose to prominence after addressing the United Nations climate summit in Durban in 2011 as a student, calling on countries to make dramatic cuts in greenhouse gas emissions.

Appadurai said she sees climate change and housing affordability as top issues for the area and believes the NDP is better placed than others to address them.

“I think I am the only candidate who’s running on the promise of any real climate action,” she said. “We need something to fundamentally shift in our approach to tackling this climate crisis.”

Neither Conservative candidate Che nor the party’s riding association returned requests for an interview.

Gerald Baier, an associate political science professor at the University of British Columbia, said the Liberals face a fight in taking back the riding.

“It’s not just the legacy of Wilson-Raybould with the Liberals, but (Noormohamed) has to run against the likelihood there are progressive voters in the riding now who have a more obvious progressive choice in the form of an NDP candidate,” he said in an interview.

Noormohamed, who ran for the Liberals in the 2011 election in North Vancouver, also faces challenges in that he may be seen as someone connected to the party due to his previous campaigns, tying him closely to the Liberal legacy, Baier added.

“He has to ride a Liberal wave into office more than a personal vote as he may be seen as someone running in different parts of the Lower Mainland until he finds a seat he can win,” Baier said.