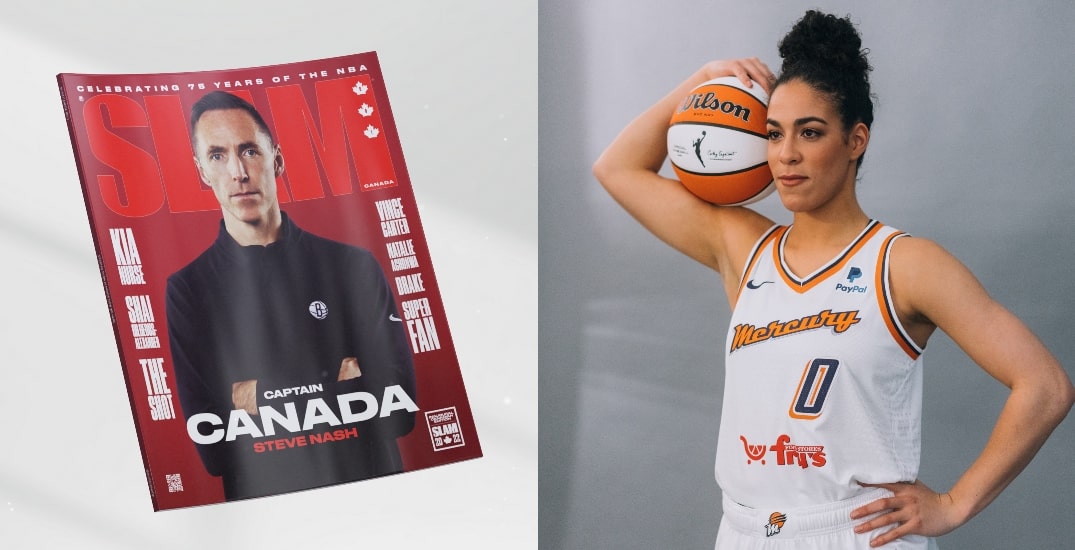 It’s a great time to be a basketball fan in Canada.

The Canadian men’s national basketball team is looking stronger than ever, Toronto Raptors’ Scottie Barnes won NBA Rookie of the Year, and rap star J. Cole is playing for the Scarborough Shooting Stars in the Canadian Elite Basketball League.

And now a special Canadian edition of an iconic basketball magazine has been released to celebrate 75 years of NBA basketball through a Canadian lens.

The three SLAM Canada Issue 001 Special Editions are available at slamgoods.ca, and it’s the brand and publisher’s first-ever international magazine with metal editions and is also its first-ever augmented reality-enabled issue.

“We’re excited to celebrate and connect the growing culture of basketball in Canada, and launching SLAM Canada is a telling sign of the incredible growth of our global game,” said Mark Starkey of SLAM in a release. “Celebrating the NBA’s 75th Anniversary and nearly 30 years of SLAM, we felt it a perfect time to officially launch a geo-specific SLAM platform in partnership with the NBA and Tangerine.”

Some of the country’s leading voices in basketball culture will be featured in issue 001, including Imman Adan, Yasmin Duale, Carlan Gay and Katie Heindl.

“As huge supporters and fans of basketball, we’re thrilled to welcome SLAM to Canada,” said Nicole German, Chief Marketing Officer, Tangerine Bank in a statement. “As interest and participation in the game continue to grow here, we’re excited to help elevate the game, players and impact that Canada is making on basketball at the global scale and in our communities.”

Tangerine is providing complimentary copies of SLAM Canada Issue 001 for distribution to a number of small businesses who actively support and cultivate grassroots basketball across Canada, including CNTRBAND, Makeway, Momentum and more.

And those wanting to commemorate this special issue can purchase a limited metal edition on the NBA 75th Shop in the coming weeks.