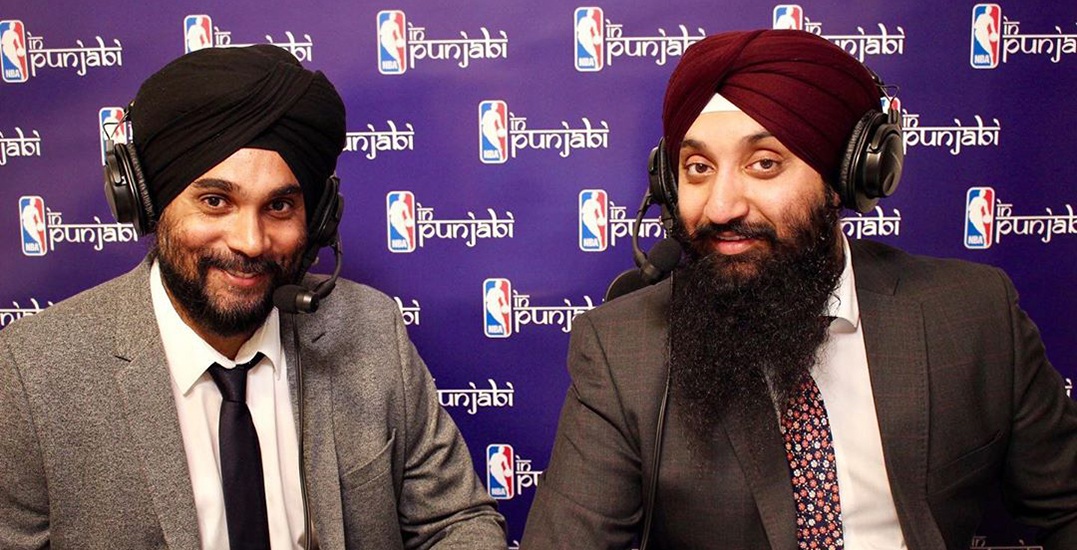 While the Toronto Raptors and the Golden State Warriors played Game 4 of the NBA Finals at Oracle Arena, history was made in the broadcast booth.

For the first time in league history, an NBA Finals game was broadcasted in Punjabi by Parminder Singh and Preet Randhawa.

According to NBA India, the two Canadian commentators were chosen to help spread the game of basketball to fans all over the world. Basketball fans could access the broadcast through the NBA League Pass and on other streaming platforms.

For Singh, his journey started in 2009 when he commentated Raptors games on CBC.

“This has been 10 years in the making,” he told Gill Deacon on Here and Now Toronto. “2009 was the first time we called the Raptors games for the couple of games that CBC was airing.”

During the Eastern Conference Finals, he received a call from the NBA.

“They said ‘Hey, we’d like to try a couple of games in Punjabi,’ and I was ecstatic,” Singh said. “A couple of days later, they said that we’d call the final round as well.”

Before calling the NBA Finals, Singh was a reporter for Omni News. He was also one of the founding commentators for Hockey Night in Punjabi.

Now, he’s come full circle, commentating for the very team that he got his start with.

“For a Canadian kid growing up, it’s a dream come true.”