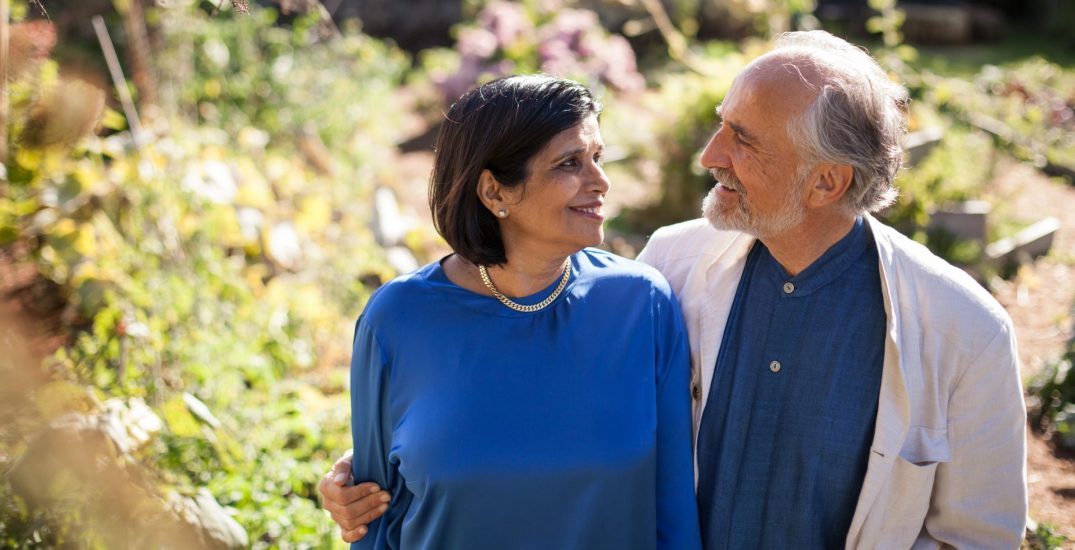 Courtesy of Arran and Ratana Stephens, Founders of Nature's Path

It was 1985 when Arran Stephens took his love and attachment to the natural world beyond the restaurant industry he’d been injecting organic food into for two decades, and began making natural foods for everyday home consumption.

“Compared to the late sixties and early seventies, by 1985, people had come a long way in regards to their attitudes about food,” Stephens, founder of Nature’s Path, tells Daily Hive. “A new generation of idealistic people came up and started rejecting conventional beliefs and wanted to change the world.”

Born on Vancouver Island, Stephens spent the first 12 years of his life on a berry farm with his folks. This is where his relationship with his father helped blossom a deeply impactful connection to the Earth. 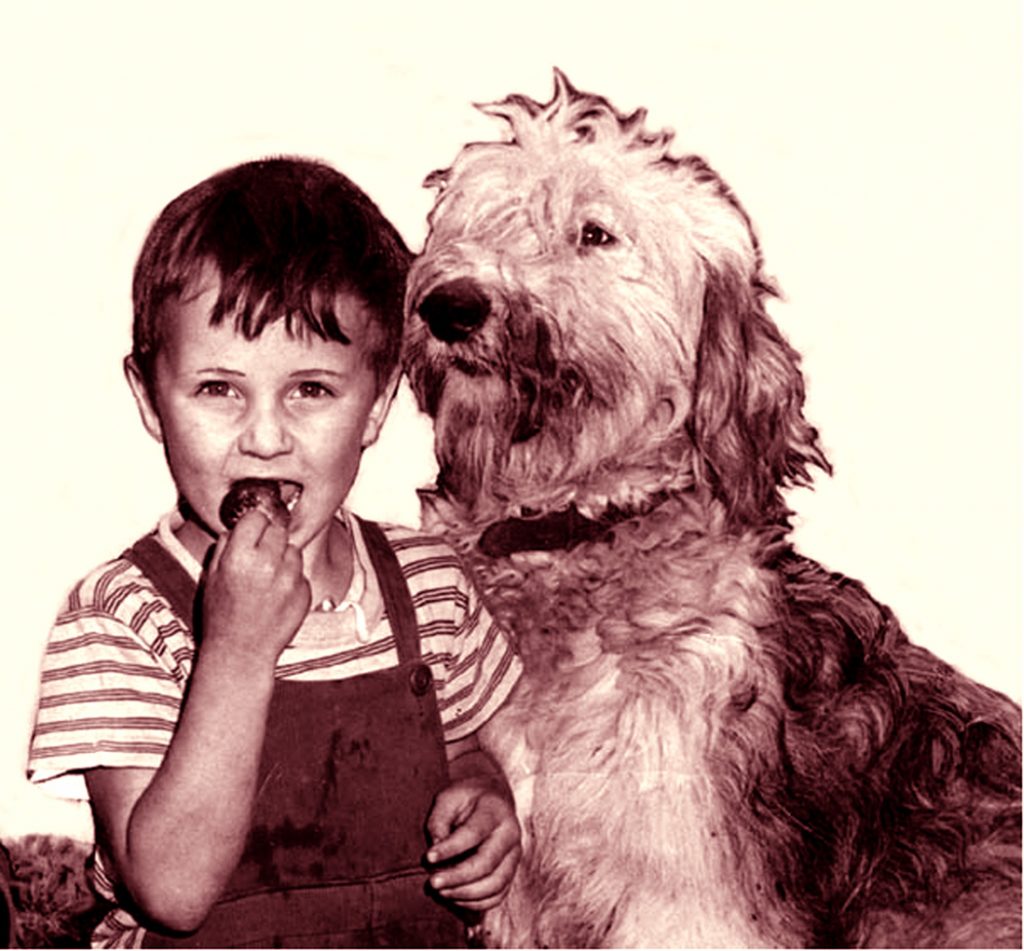 Arran Stephens as a child

“One of my favourite memories from that time, was my dad taking me to the edge of a canyon overlooking Goldstream and it was a beautiful moment,” said Stephens. “Huge trees, leaves and the breeze, the dappled light, hearing the Goldstream river down below and my dad had his hand on my shoulder and he said, ‘Arran this is our church, this is our cathedral.’ I’ve never forgotten that.”

His song-writing father moved the family to Los Angeles in Stephens’ teen years, which nurtured his creative endeavours like poetry and painting. The 1960s was transformative for the young thought-provoker. During his time living in New York City — where he wound up by following his artistic path — Stephens began a life-long adventure fuelled by spiritualism and the mystic arts. This saw an altering trip to India, where Stephens made home in an ashram, learning from spiritual teacher Sant Kirpal Singh.

“My teacher told me it was time to come back to Vancouver. I would have stayed forever. But in retrospect, he was right. I had work to do here,” he said.

“I came back to Vancouver basically broke, but with an aspiration: I wanted to introduce people to the concept that plant-based foods could be nutritious, cost-effective, and delicious.”

Over the next decade, Stephens was on the front lines of transforming Vancouver’s natural foods and restaurant industry. Borrowing money from family and friends, the man with a new mission opened Canada’s first vegetarian restaurant in 1967: The Golden Lotus.

“As an introvert, running a restaurant forced me out of myself,” said Stephens regarding new tools he developed through the lifespan of the Lotus, Lifestream — which he opened with his wife, Ratana, and Woodlands.

The latter is where the pair began Nature’s Path. “After we sold Lifestream in 1981, we went back into the restaurant business with Woodlands, and started Nature’s Path out of the back of that.”

Since starting things up in Woodlands, Nature’s Path has grown to more than 500 employees and currently ships organic food to 50 countries worldwide.

Whether it’s their mainline brand of cereals, granolas, oatmeals, and snacks, or the organic kid’s food brand EnviroKidz, LoveCrunch, or Qi’a, the goal has always remained the same according to Stephens: “To leave the earth better than we found it.”

When it comes to Stephens’ idealistic perspective on nature, that there is purpose in an Earthen connection, the same is applied to his company.

“Just as it’s extremely important to develop and encourage biodiversity in nature, the same applies to your business,” said Stephens. “Businesses are stronger by incorporating different races, different genders, different religions, and the workplace should be respectful and inclusive of all our differences.”

This, in conjunction with the impact on lives and the planet, keeps Nature’s Path in constant conversation when it comes to Canada’s best employers. The desire to better the people of the world, and the nature of the planet through their products also reflects internally.

“In addition to encouraging healthy eating habits, Nature’s Path encourages employees to keep fit with free memberships to an onsite fitness facility that offers instructor-led fitness classes, including yoga and fitness classes,” reads the entry in the 2020 Canada’s Top Employers.

The company has been listed on Canada’s Top 100 Employers list for the past five years and is a mainstay on BC’s Top Employers list, as well as winning the Greenest Employers award nearly half a dozen times.

“Everybody would like to eat organic food,” said Stephens. “But the biggest barrier is price.” Gaps between the organic food industry and the people who want to eat better are still prevalent today. “Many people are willing to pay a premium for organic products, but not a ridiculous premium.”

“We have always taken lower margins on our products, even though in many cases we are paying double on raw materials, because we want to be accessible and cost-competitive. As our food reaches a greater scale, my hope is that the efficiencies of the system will bring prices down.”

Stephens attributes a lot of his perspective and adoration to his father.

“My father was a poet and a songwriter, and I love this song he wrote about the earth. Here’s a line: ‘This earth is mine to have and hold, the dust beneath my feet. God gave me hands to cherish it, and help the hungry eat.'”

That balance of nature and human life fills the veins of every limb Nature’s Path grows. Back in 2017, this Richmond-headquartered organic food company had its factories certified as completely zero-waste, and it believes that the world deserves good products and philanthropic stabilization.

“We love this country, we love this province we love this city, and we want to provide meaningful well-paying jobs for those who have joined our caravan,” said Stephens in regards to keeping Nature’s Path in Canada. “We also feel an obligation to the communities that serve us.”

“We have given more than 35 million dollars to food banks, hospitals, schools, and other initiatives because we want to provide everyone with access to healthy food. This is something we feel as a company and as a family.”

The team and leadership at Nature’s Path continue to set an example, donating thousands of cases of food to frontline workers who are inundated with trials and hardships during the pandemic.

Above all, Nature’s Path is the culmination of experiences and connections.

“I wanted Nature’s path to reflect the beauty of the land and the connection to nature and the earth, the skies the moon the trees, and the seasons. Nature has always infused my perspective on life. It’s the lens through which I look at the world.”