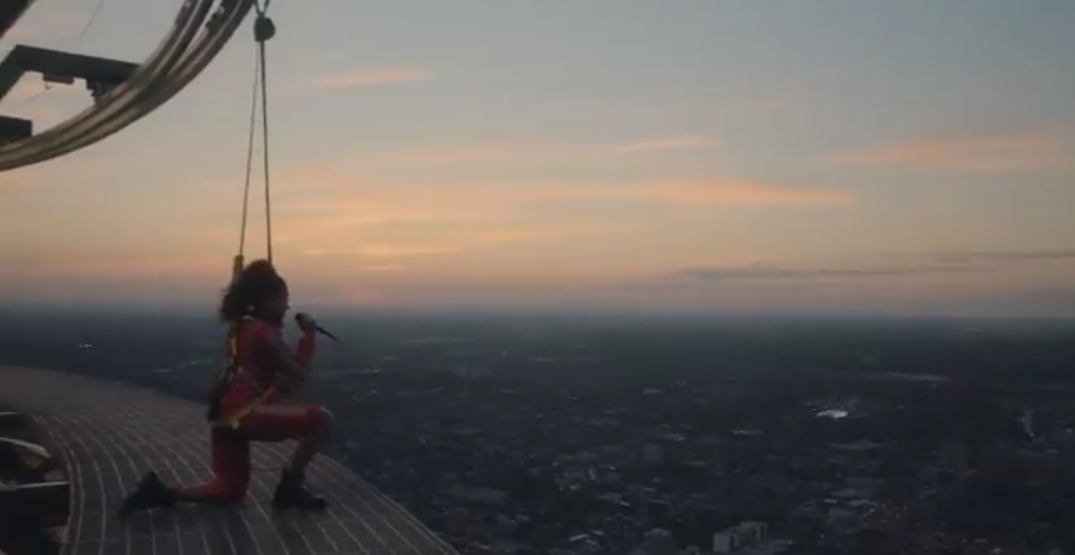 What a way to start the playoffs.

Prior to Game 1 of the Toronto Raptors’ playoff series against the Brooklyn Nets on Monday, fans were treated to a memorable performance of the Canadian and American national anthems.

Toronto singer Jessie Reyez performed “O Canada” and “The Star-Spangled Banner” from high atop the CN Tower, on one knee, after taking off a Breonna Taylor mask.

It was a clear statement in support of the Black Lives Matter movement, for which the Raptors have been strong advocates since returning to play this summer. Raptors players, like many across the league, are wearing social justice messages on the back of their jerseys. The team also arrived to the Orlando bubble in a Raptors bus with “Black Lives Matter” displayed on the side.

A total of 16 teams remain in contention for the NBA championship this season as the playoffs began today. The Raptors are one of the favourites to win it all again as they compete at the ESPN Wide World of Sports Complex at Disney World in Orlando.

The Raptors got off to a great start on Monday, beating Brooklyn with ease in Game 1.