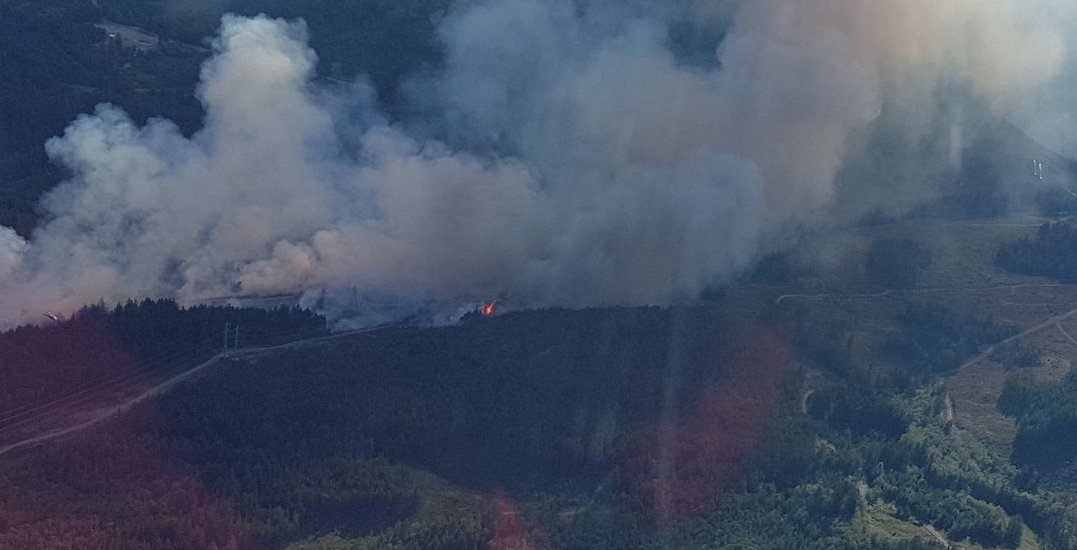 The Regional District of Nanaimo has declared a state of emergency amidst an estimated 107-hectare wildfire, which broke out on Sunday evening in the Nanaimo Lakes area. 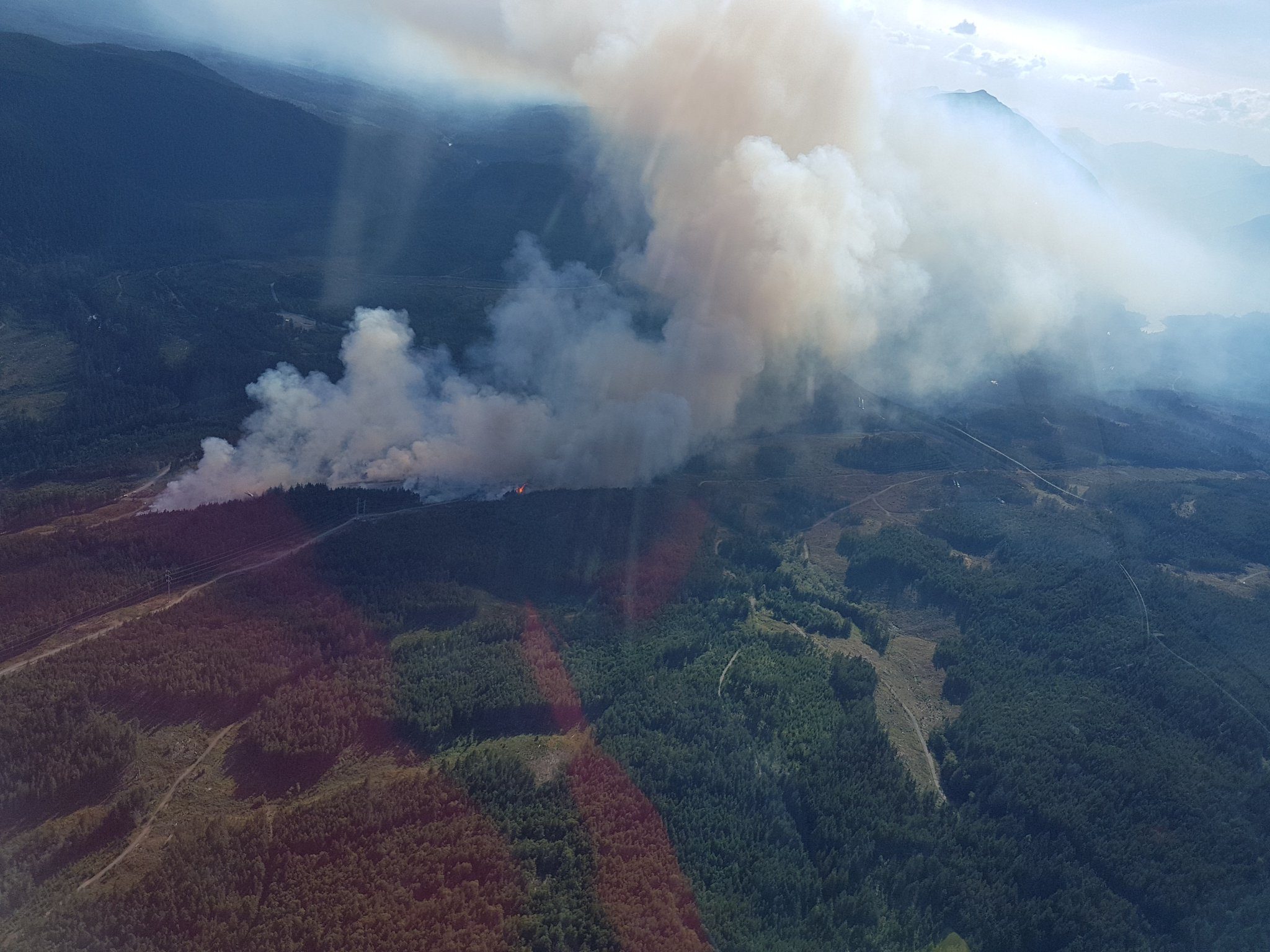 It has prompted evacuation orders and alerts for properties in rural areas southwest of Nanaimo.

UPDATE: The BC Wildfire Service is continuing to respond to a wildfire in the Nanaimo Lakes area, currently ~107 has. Crews will remain on site at this fire overnight. To protect public safety, @RDNanaimo has implemented an evacuation alert and order: https://t.co/xjrWnZ29lZ

The BC Wildfire Service estimates the flames have scorched more than one square kilometre of bush, and evacuation alerts have also been issued for 77 properties nearest the eastern flank.

Meanwhile, the wildfire service has said that more than 450 fires are burning across British Columbia, with fires of concern in each of the province’s six wildfire centres. Firefighters from outside of British Columbia are lending a hand, with crews from Mexico and New Zealand joining firefighters from Alberta, Northwestern Territories, and Saskatchewan.

Heat warnings and special weather statements have been issued by Environment Canada for large parts of British Columbia, with conditions not expected to ease until later in the week. The current fire danger rating is high to extreme across most of the province.