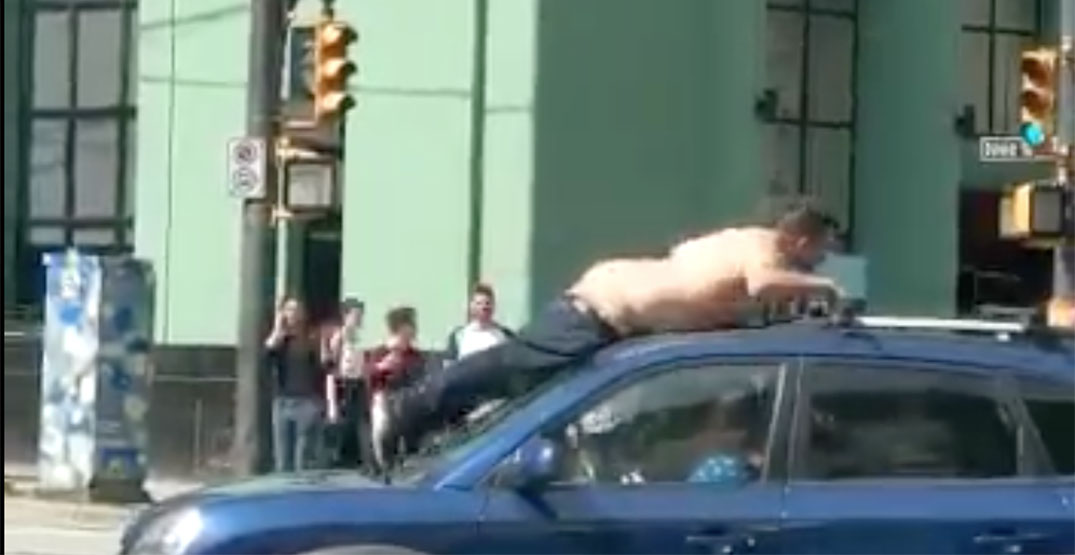 A semi-clothed man made it difficult for a driver to make a left turn at Granville and Davie recently by climbing onto the hood and roof of the vehicle.

In a video posted to Twitter Wednesday, the shirtless man, whose pants are also riding low, can be seen jumping on the hood of a dark blue SUV while the driver honks at him.

The man kneels on the hood for a few seconds and slaps the windshield before climbing onto the roof of the car.

“Roll up the window,” the person filming advises the driver, who appears to be holding the camera from inside a business on the corner.

Eventually, the man slides off the car and runs away.

“The 30-year-old man appeared to be high on drugs and was acting erratically and aggressively toward patrons passing by,” she said.

Officers detained the man under the Mental Health Act and brought him to a nearby hospital, Visintin said.

You can watch the witness video below, tweeted by an account that does not approve of the behaviour: