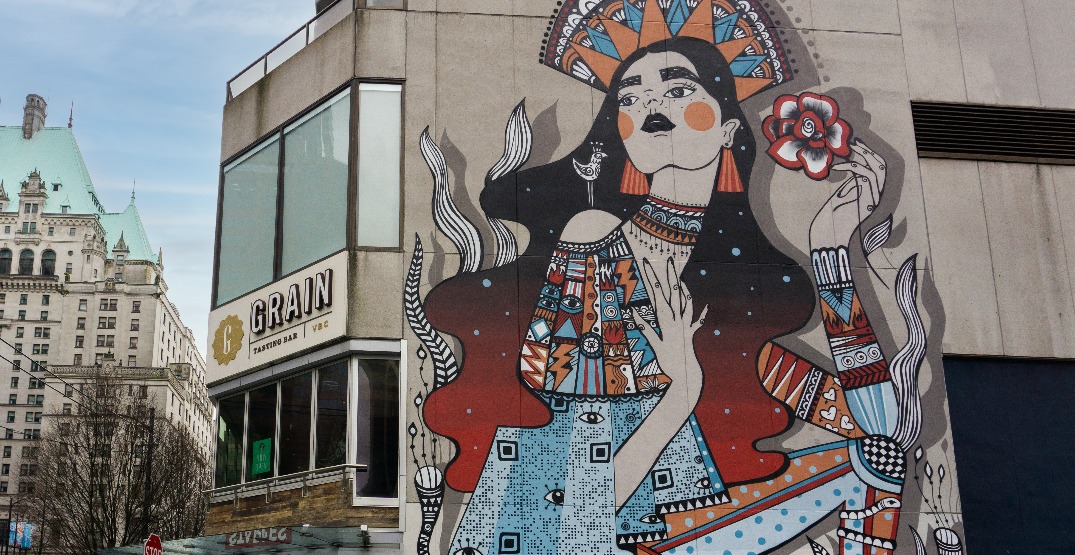 The YWCA Metro Vancouver has unveiled a 42-foot mural created by international artist Ola Volo with a stark message about intimate partner violence in Canada.

Depicting a queen rising with newfound strength, the mural is meant to be a symbol of hope for women experiencing abuse and aims to raise awareness about gender-based violence during the pandemic. It is titled “The Wall for Women” and is located at the Hyatt Regency, 655 Burrard Street, Vancouver, located next to Burrard SkyTrain Station.

The mural’s message comes at a time when domestic violence has intensified with the COVID-19 pandemic’s impactful social crisis and lockdowns.

The federal Minister for Women and Gender Equality Maryam Monsef consulted with various frontline organizations and MPs in April 2020. The results were that gender-based violence and abuse has risen by 20-30% in some parts of Canada, killing one woman every six days. This has led international organizations such as UN Women to refer to this escalation in violence as a “shadow pandemic.”

“The Wall for Women is a powerful and important permanent installation for Vancouver,” explained Lisa Rupert, Director of Housing and Violence Prevention with YWCA Metro Vancouver. 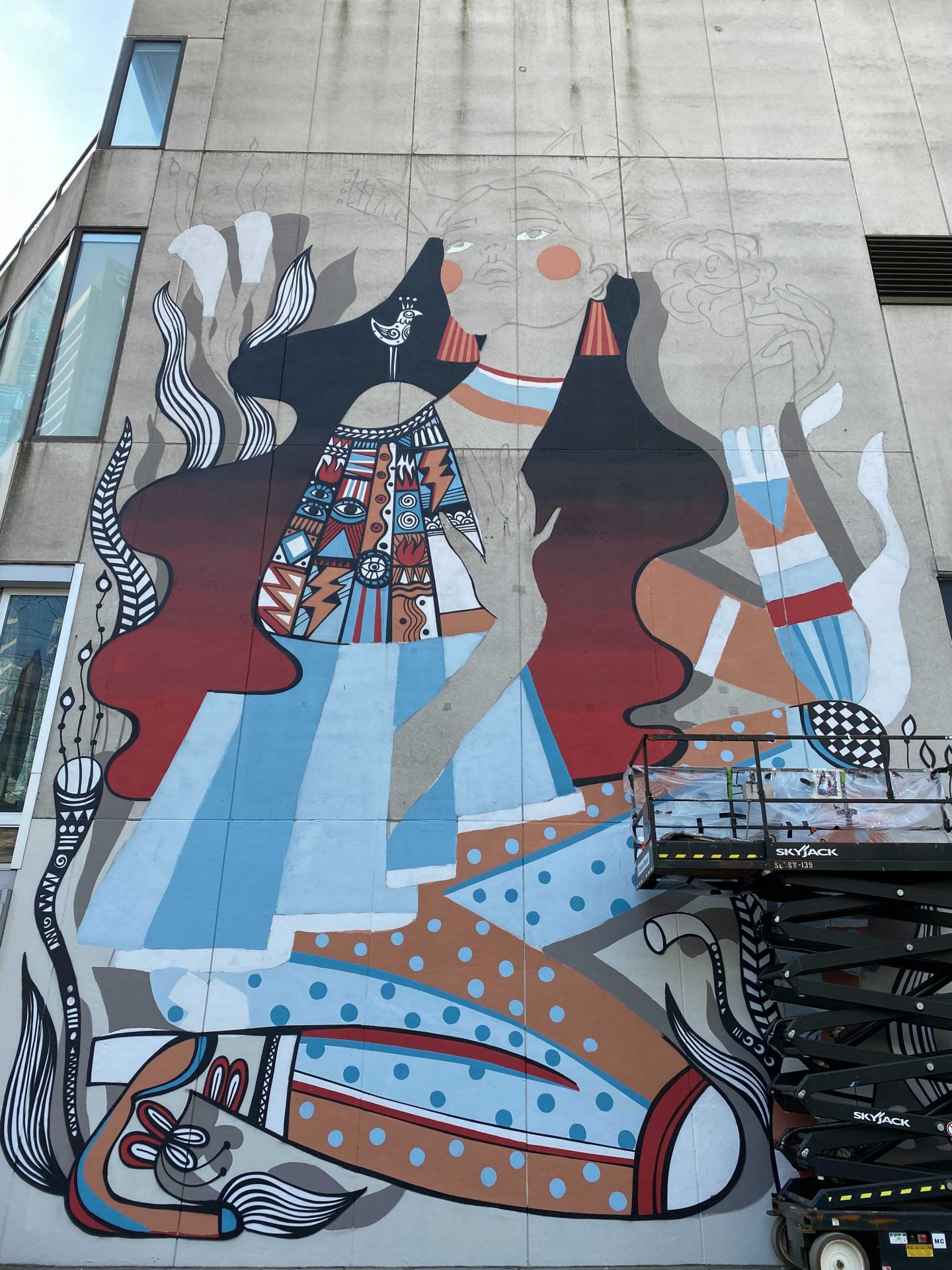 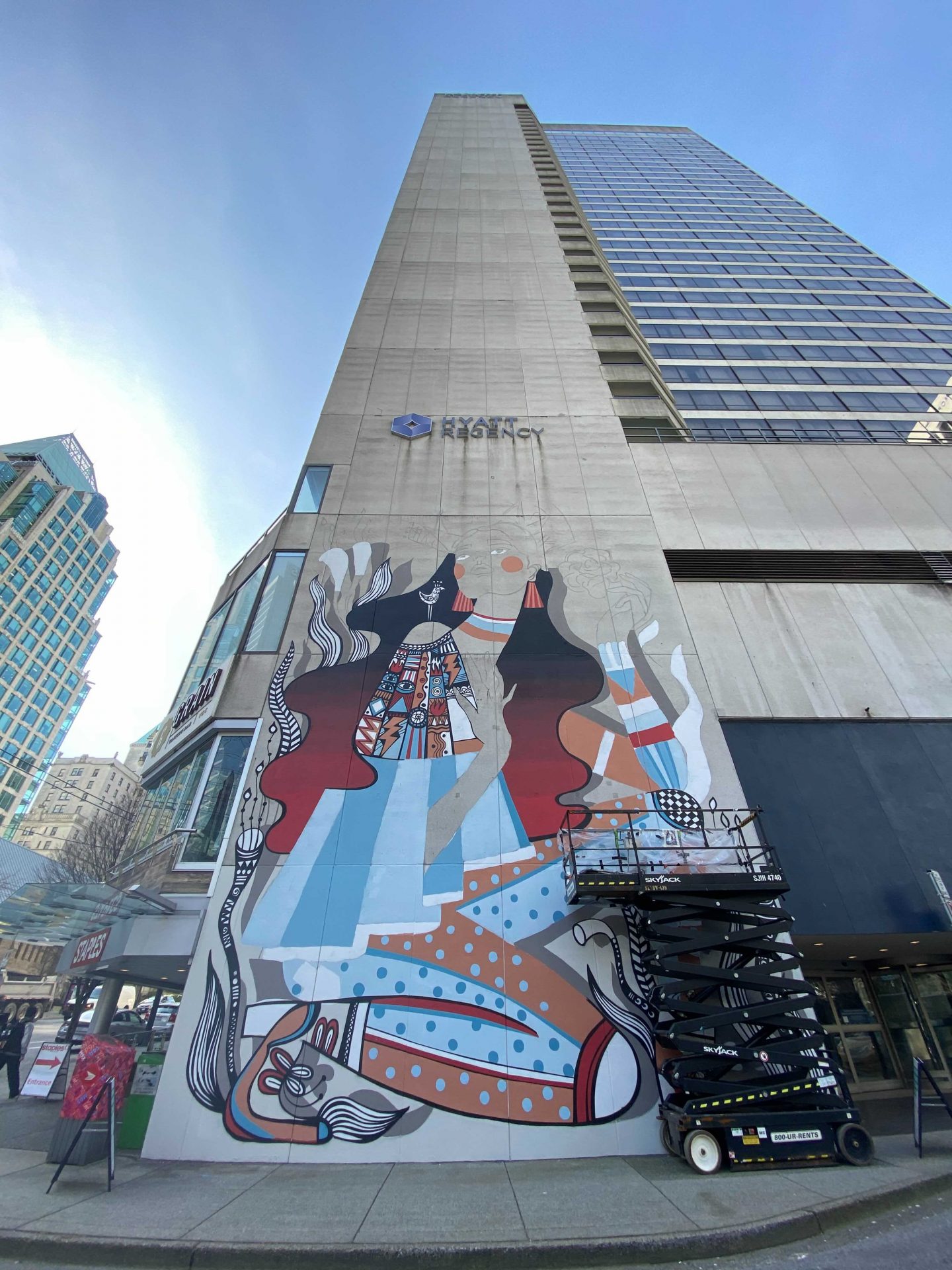 The mural is also interactive with five hidden phone-activated statistics. 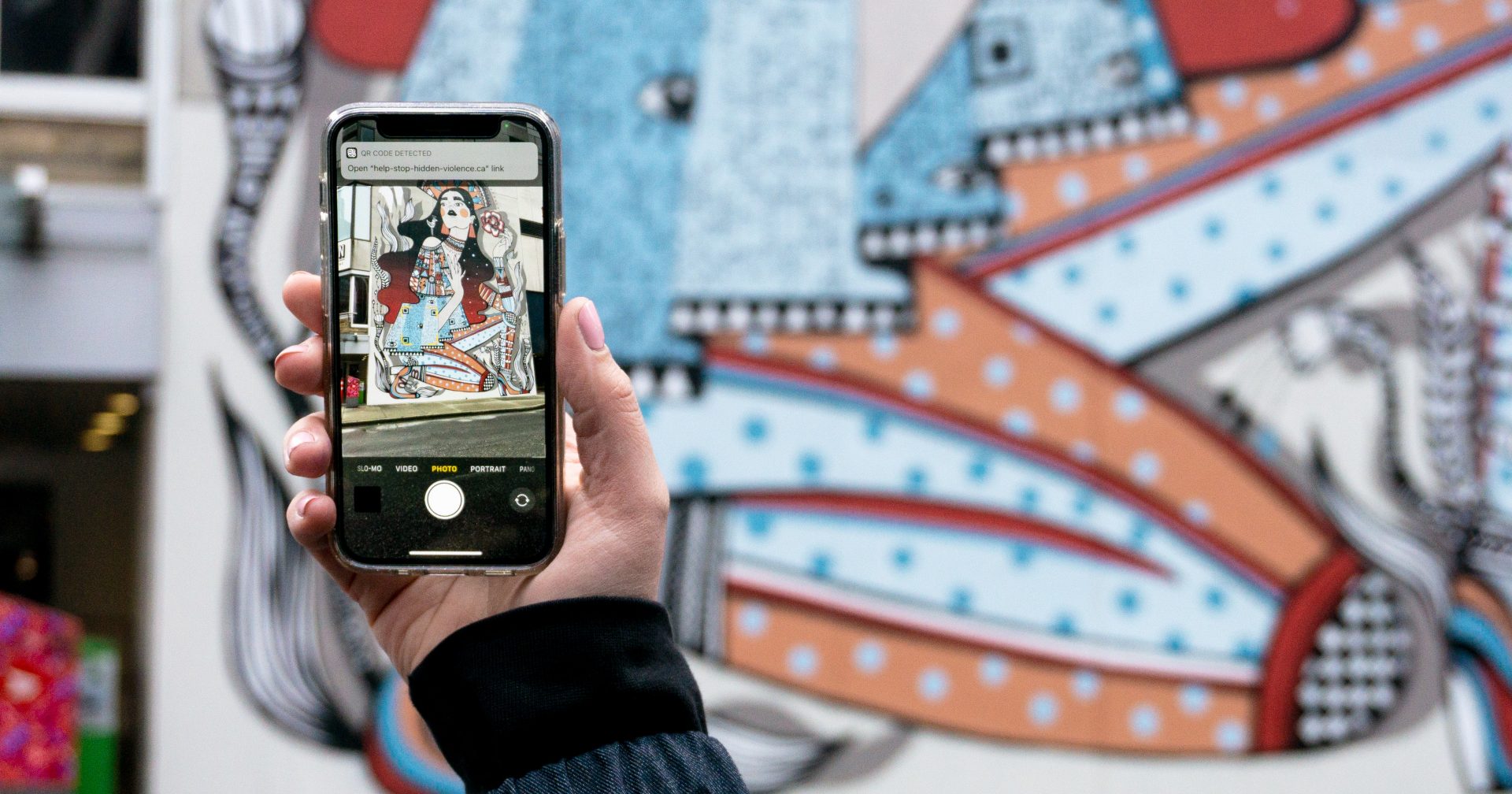 Ola Volo is a Canadian mural artist and illustrator from Kazakhstan. She has gained worldwide recognition with commissions for brands such as Starbucks, Louis Vuitton, Lululemon and Volkswagen.

She began painting the mural on International Women’s Day, with the help of volunteers.

“I have painted a lot of murals, but this was the first time integrating QR codes within my art. I loved the challenge, and the message is so powerful,” stated Volo.

“I was honoured to help the YWCA bring the idea to life and to be able to directly help the cause with my work.”