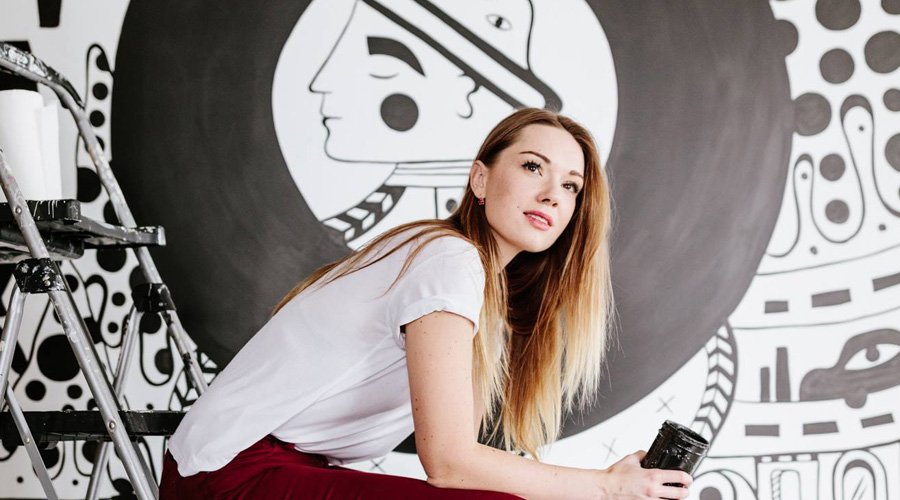 Great art is capable of telling a story without uttering a single word. Every emotion from supreme ease to nostalgia, anger, awe, fear, and anxiety are all within reach. International artist Ola Volo is no stranger to the power art has over its audience, as she uses her unique perspective and artistic style to communicate her story to the viewer.

With a couple of new large format murals up in Vancouver both on South Granville and in collaboration with the Vancouver Mural Festival, we recently had a chance to chat with the talented artist about everything from her creative influences to her thoughts on the future of technology in regards to illustration and storytelling. 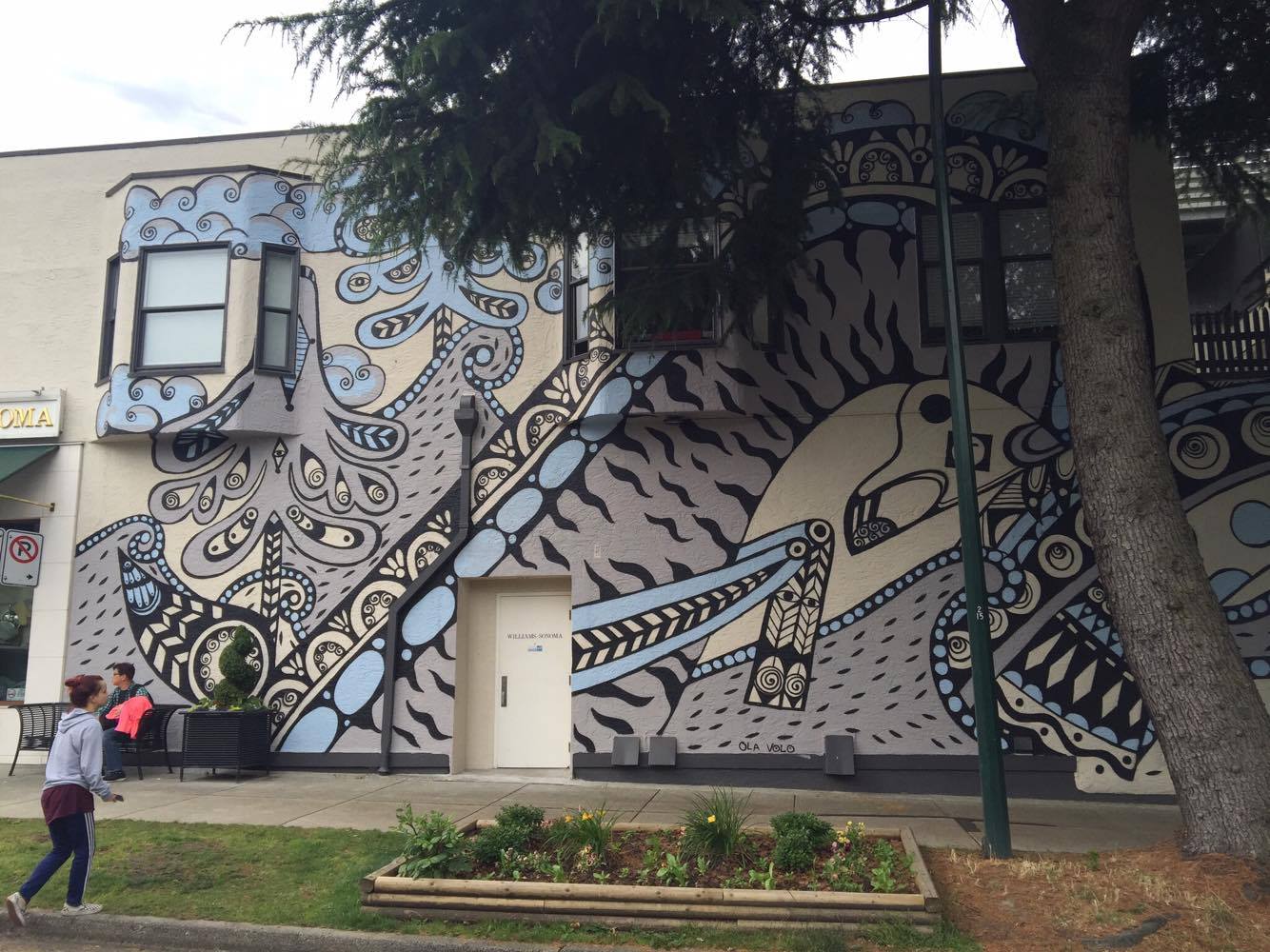 When did you first move to Vancouver?

And you were born out of the country, right?

Yes, in Kazakhstan which is just on the border of China, Mongolia, and Russia. I was in a city called Almaty which is the capitol.

I read somewhere that your parents were signing you up for art classes from a very young age. Was it because they wanted to expose you to art as early as possible or because it was something that you were already interested in?

I think I was already interested [in art at the time], but I think more than anything [my parents] just wanted to expose me to more art. I really jived on it and picked it up pretty quick [though].

I had a really incredible teacher who was from Paris that taught us how to use different types of materials and got me very excited about knowing that [art] was not limited. Like there wasn’t a limited choice of materials that I could only use to paint with and produce artwork with; that’s kind of when [my] curiosity crawled up.

Are your parents very creative people?

My parents did not pursue artistic careers, but I did see my parents as creative people as both of them have been entrepreneurs.

Do you think your parents’ history as entrepreneurs influenced the balance between the creative and business sides of your personality that you used to become a successful freelance artist?

Growing up with parents who were very business savvy allowed me to learn about business from a young age. Also, while I was getting myself through university I was working for a large marketing company which gave me insight on branding and creativity.

What do you think drew you towards illustration over any of the other mediums you could’ve latched onto?

With illustration I think that it’s more of a narrative art for me and storytelling is what drew me to explore that path. Since I found my life sort of scattered all over Europe, Canada, and Kazakhstan, I kind of felt that I was able to share my experience growing up through my artwork.

Even though people didn’t speak the same language, there were no barriers [to my art]. I felt that [my work] connected me closer to my family around the world because it was all based on storytelling.

Do you think that your specific style, especially with the patterns you use, come from any specific cultural art that you’ve been exposed to or studied in the past?

If you ever get a chance to see the stylistic aspects of how people decorate their houses in Kazakhstan, it’s very pattern heavy. There’s a lot of rugs, dishes with patterns, and people layer their clothing. Frequently walking down the street you will see elderly women wearing a dress with like a flower pattern, with an apron…

Oh yeah, and with like a scarf or something?

Yeah and doilies everywhere! It’s intricate and so pattern heavy and I feel like it was always part of my upbringing. Another thing that I think really drives me is the way that you can find patterns in culture anywhere and everywhere to be inspired by.

Like if I was working on a dragon boat piece, I would walk around Chinatown to look at the patterns that were happening there for inspiration. Or if I was doing a piece for Kazakhstan, I would remember back to the specific patterns that represent that country. 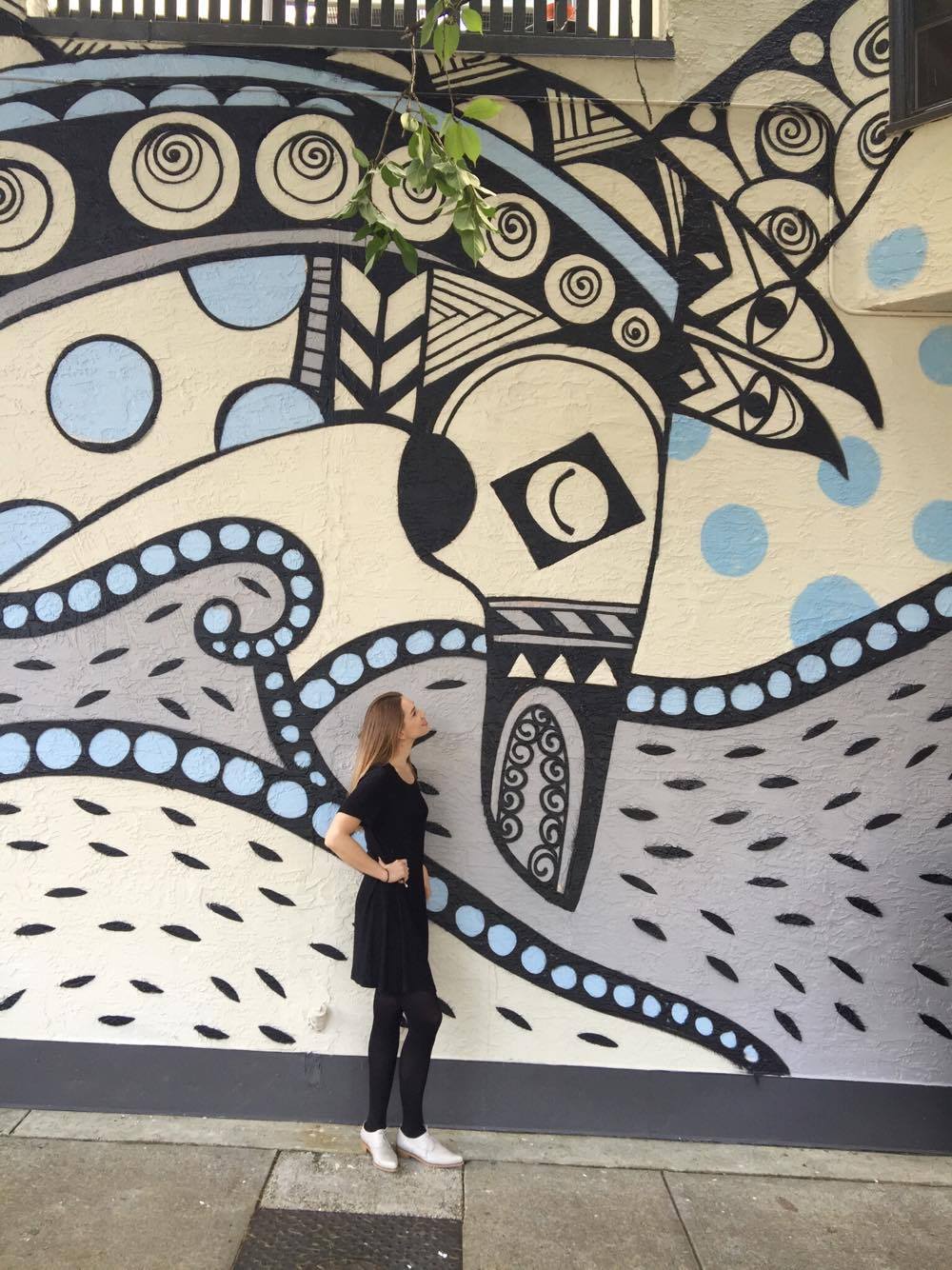 I also read somewhere that you actually developed your own artistic style quite early in your career right? Like at quite a young age?

I first started doing this type of pattern illustration pretty early; I think it was in the last couple years of high school. It wasn’t until university, particularly in my third year, when I moved to Holland to study design and illustration, where I was intrigued by how multicultural Europe was. I feel like I found my voice a bit more there.

Maybe it was because I had more time to myself–because I couldn’t really speak Dutch I spent a lot of time by myself. It wasn’t really until then, and when I started to get more commissions, that I realized that I could sort of focus on other people’s stories [in my work] and not just my own. Up until then, I was mostly just illustrating my own narrative.

I feel like [while] you can definitely have a particular style, it’s the subject matter that I felt more challenged by now. Like how do I stay within my [own] language and visuals and be true to that, yet infuse that [work] with someone else’s story and feel that it could still represent them. That was where I realized that I could both elevate my own artwork and feel challenged at the same time. I’m really glad that I’m able to collaborate with so many clients and other artists that can push my boundaries at all times.

Generally speaking, you live a pretty nomadic lifestyle. Out of the many places you’ve lived before, what have been some of your favourite spots and why?

New York is one of my favourite cities that I’ve ever lived in. It was a great influence on my artwork and my perspectives; I really love the energy of the city. While living in Brooklyn, I was lucky to have the chance to meet so many of my idols and influencers from the art world.

What do you love about working and living in Vancouver?

The best thing about Vancouver is the strong sense of community that has been established over the years. There is also a great relationship that Vancouverites have to nature. It’s a great way to find inspiration and to stay grounded. In fact, as I’m writing this from Montreal I’m deeply missing the mountains and the ocean. 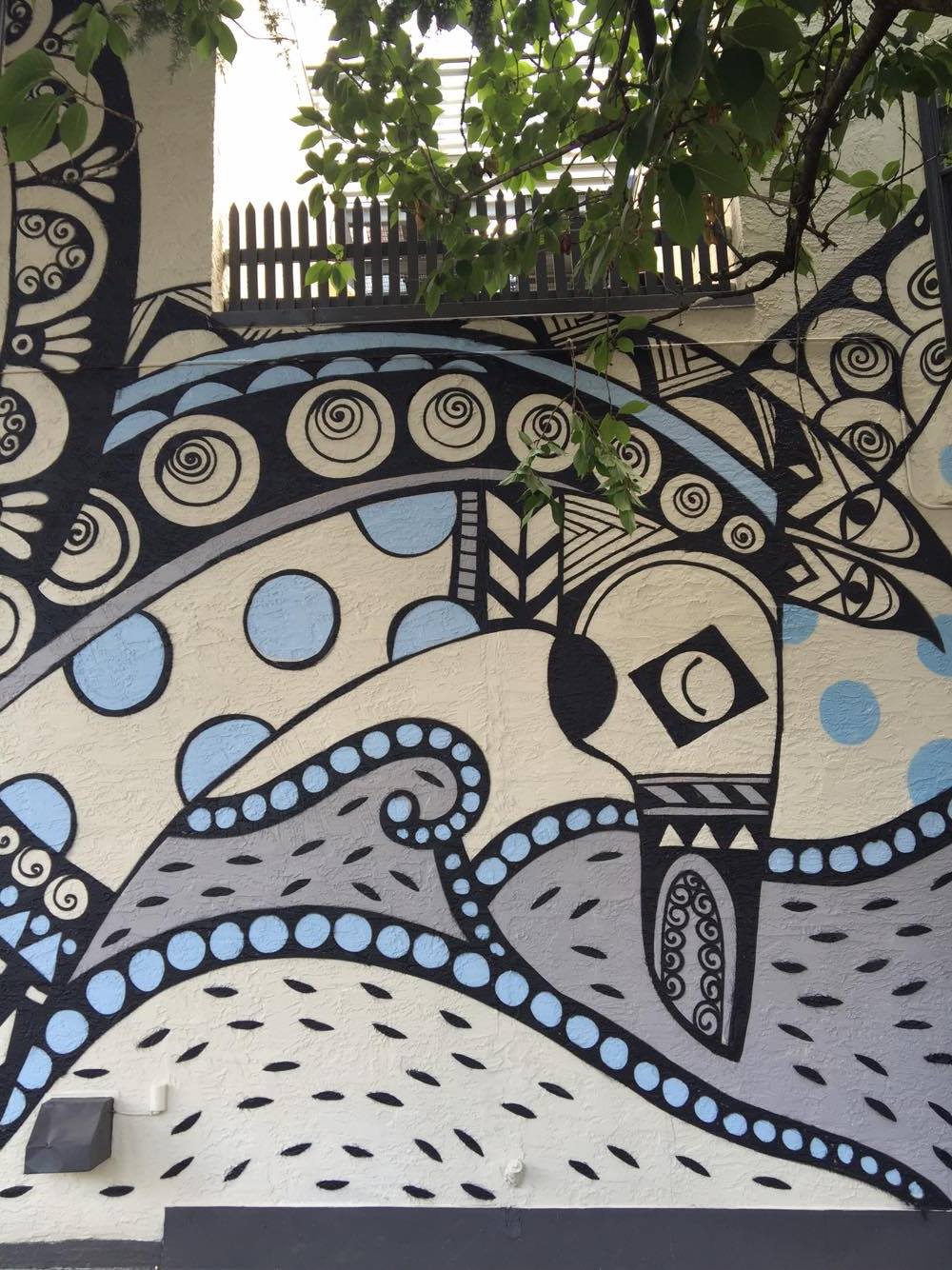 What project are you the most proud of to date?

Last week I finished a mural in Seattle. It was a collaboration between myself and David Rice (an artist from Portland, OR), and it stretched out to 170 feet long! It’s the largest mural I’ve worked on to date.

I also read that you’re really interested in exploring different mediums with your art. What are your thoughts on the popularity of Virtual Reality at the moment?

I don’t have any three dimensional art experience [at the moment], but I have been talking to a lot of animators about turning [my] world into something that is more interactive and accessible and kind of takes you away. I feel like that would be another really good way of storytelling that’s not just large scale murals or books.

It could be very much about walking into a space and interacting with it and exploring surprises; I’m so intrigued by that. Yeah, I would absolutely love to tap into that world.

You can keep up with what’s new in Ola Volo’s world by following her on Instagram.