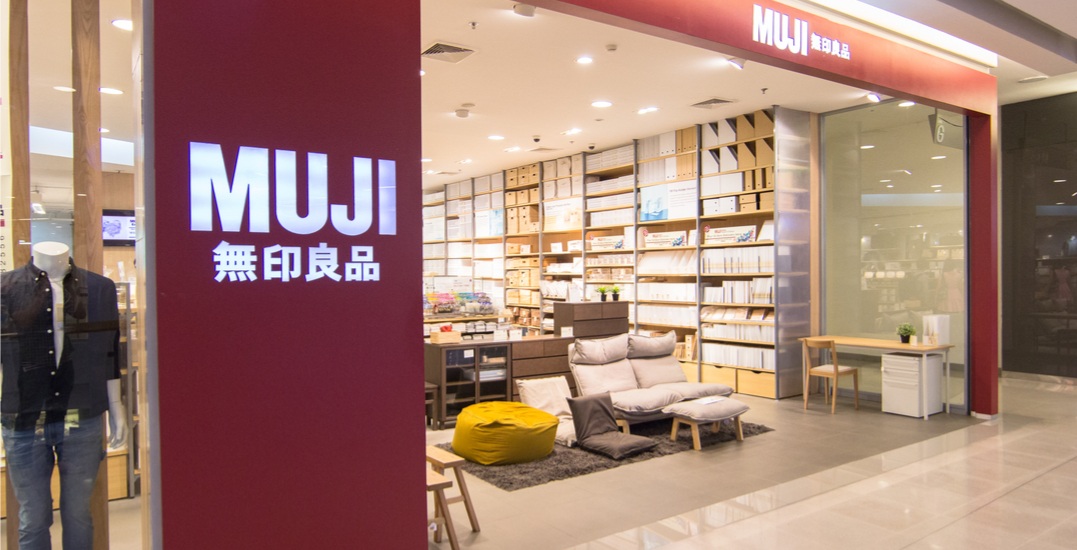 The Japanese retail wave into Metro Vancouver continues with another MUJI store opening this April.

MUJI announced today it will open its third location in the region at CF Richmond Centre shopping mall.

Store features and a precise opening date for the location will be announced at a later time.

This follows the clothing and household goods retailer’s store openings at Metropolis at Metrotown in August 2017 and the Robson Street flagship store in December 2017.

With a floor area of about 14,500 sq. ft., nearly twice the size of the Metrotown store, the flagship location in downtown Vancouver is the largest MUJI store outside of Asia.

And the company is confident that local demand can support additional stores.

In a previous interview with Daily Hive, MUJI Canada CEO Toru Akita said the company’s plans to expand in the Metro Vancouver market were accelerated following the immediate and unprecedented success of the Metrotown location.

“The Metrotown store opening was the biggest store opening in the Canada and United States markets,” he said. “We never experienced that before.”

As well, within the first two weeks of the Metrotown store’s operations, it had sold more product than all four of the Toronto stores combined.

At the same time, UNIQLO is also making more headway into the region this spring by opening two new stores at Richmond Centre and Surrey’s Guildford Town Centre.