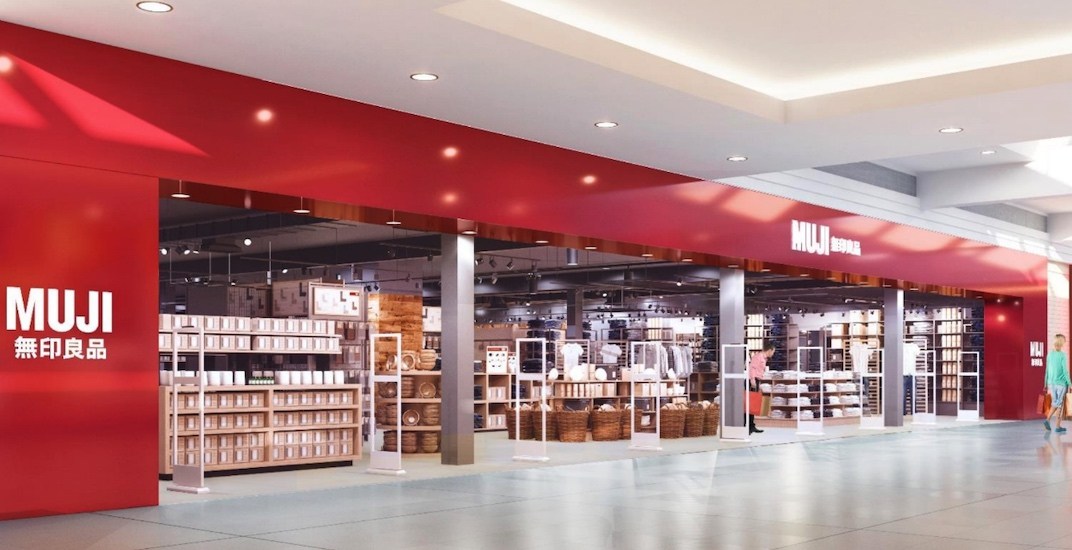 Artistic rendering of the 2019 expansion of the MUJI store at CF Richmond Centre. (MUJI Canada)

Another MUJI store in Metro Vancouver is set to receive a major expansion, and it comes less than a year after its initial opening.

MUJI announced today that it will be expanding its CF Richmond Centre location from 6,252 sq. ft. to 9,212 sq. ft. by absorbing an adjacent retail unit.

The new expansion is set to open sometime this spring.

MUJI’s store at the Richmond shopping mall is one of the Canadian division’s best-performing locations.

The CF Richmond Centre store opened in late-April 2018, following the openings of other locations at Metropolis at Metrotown in August 2017 and a flagship on Robson Street in downtown Vancouver in December 2017.

The company also reopened its downtown Toronto store in November 2018, expanding its footprint to 19,110 sq. ft. to make it the largest MUJI store outside of Asia — far exceeding the 14,507-sq-ft size of the Robson Street store, the previous record holder.