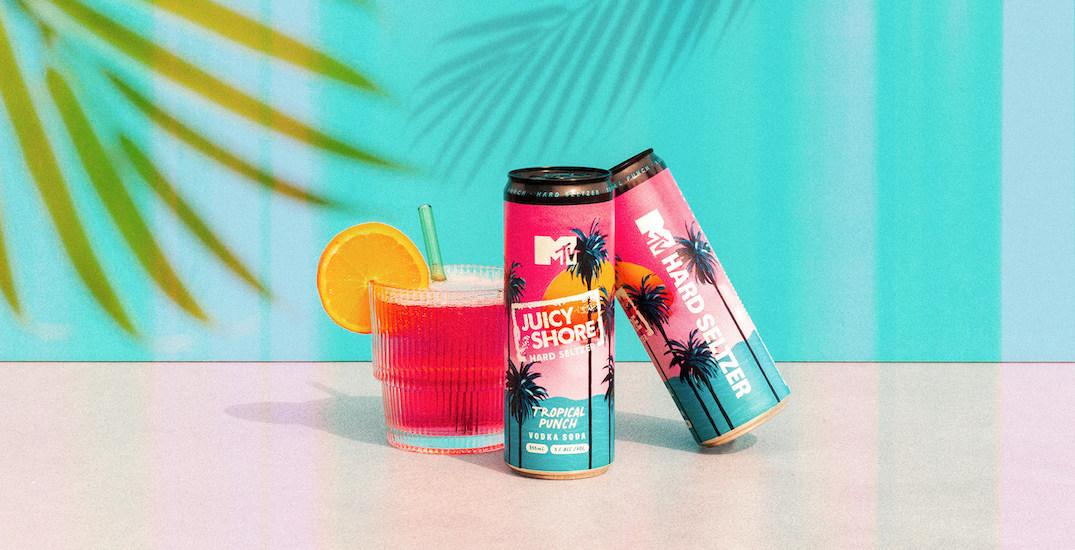 The Jersey Shore meets the shores of Ontario — well, more like the LCBO shelves.

In collaboration with MTV Entertainment Group and Paramount Consumer Products, the brewing company has distributed the new cans across Ontario liquor stores, bars, and restaurants first before anywhere else.

The Juicy Shore Vodka Soda comes in a tropical punch flavour with only four grams of sugar and 120 calories per 355 ml slim can.

There’s no word as to when it’ll hit liquor shelves across Canada but keep an eye on their socials for any updates.