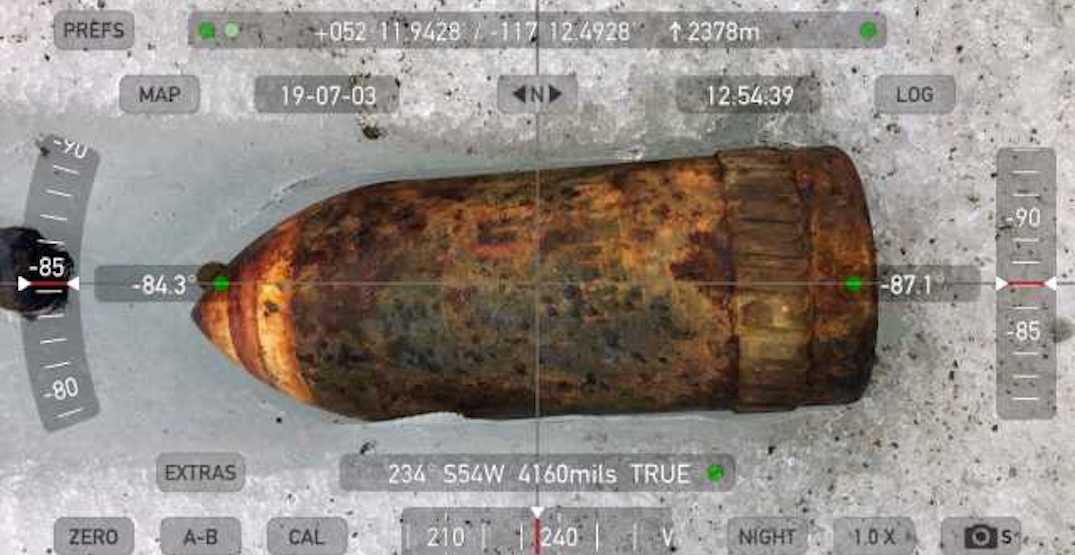 A group of climbers made quite the discovery while on the north side of Mt. Athabaska on July 4, and, unfortunately, it wasn’t a stunning new viewpoint — it was an unexploded bomb.

The “unexploded ordnance” as it is described in a Jasper RCMP release, was reported to police at 2:04 pm that same day, after Jasper Park Visitor Safety received news from the Association of Communities of Mountain Guides (ACMG).

The ordinance was tracked down by the Explosive Ordnance Disposal team from Garrison Wainwright, with the help of Jasper Park Visitor Safety members.

The explosive was found and safely detonated.

“The ACMG who located, photographed, reported and ultimately did not interfere with the UXO are commended for the action they took. The public is advised to never touch or move an object that resembles anything which may be detonated,” the release states.

“Items like this should be reported to the RCMP immediately. This potentially dangerous situation was handled effectively because of the proper action being taken at the outset.”