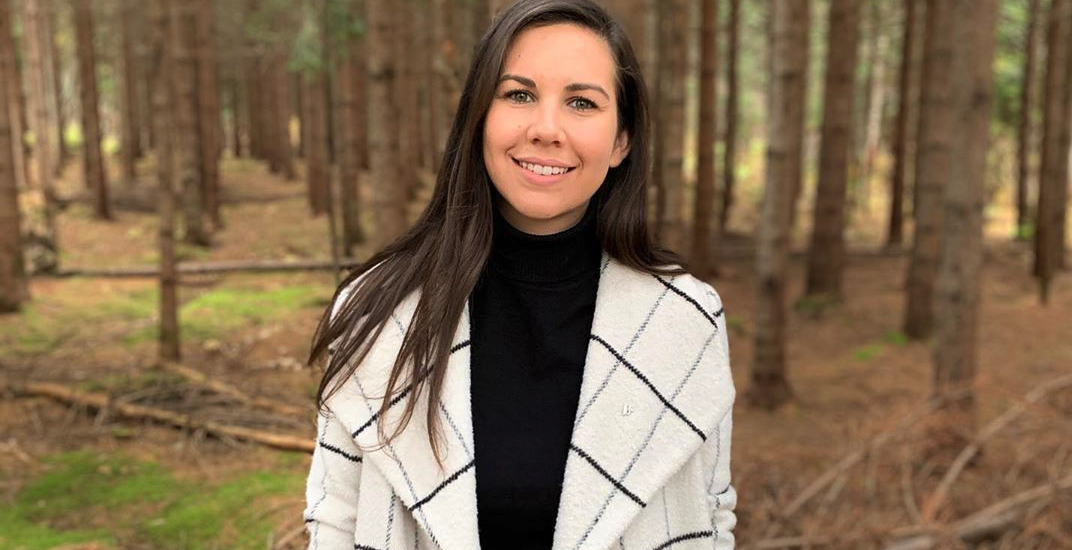 I felt like the face of politics was way too homogeneous. I knew I had something to say and the ability to bring change in my riding. I wanted to send a clear message to younger people and tell them that it is possible to initiate that change yourself.

A lot of people feel that politics belongs to a certain group of people, and I definitely believe that it’s time to rejuvenate and feminize politics, knowing that there’s 35% of Millenials and 50% of women in Canada. I knew that I didn’t have the usual profile and thought that it was a kind of duty to change that.

Well, it was quite an obvious choice for me, knowing that I’m a sovereignist and that I believe in the necessity to be in Ottawa to make sure that Quebec is not left behind for the profit of other provinces, when it’s time to pass a bill.

I also became a supporter of my party because of its ambitious green and social plan. I think our platform is the most complete and responsible one, for our people. I also believe that most of the federal programs are constructed around the reality of the people living in Canadian cities. So I wanted to embody a strong voice for the people living in regions of Quebec, and especially for the region where I’m from.

Well, there were definitely obstacles and opportunities.

I think it was easier for me to discuss with younger people, and I think they were a little more comfortable to talk with me, knowing that I’m easy to approach and relatable. That said, it was quite easy with everybody. I’m outgoing and I like to talk with people so I think people were able to sense it.

It’s also obvious that a few people told me I was too young for the job. The truth is I didn’t really mind because I knew what I had to offer. I’m not sure if it was an obstacle, because I was comfortable with my age and my candidacy.

At the end of the day, Parliament and politics belong to everybody. You just need to make yourself heard. I think I managed to do that, even if I was a younger candidate.

It was quite easy, I find, and for a few reasons. It’s indeed easier for them to talk with someone young, who speaks her mind and listens.

I feel like I do politics a little differently, and I think it appeals to younger people or people that didn’t know they had an interest in politics. I try to make it simple: here’s the issue, here’s what we should do about it, and what we can do about it, what’s your perspective on that?

In Quebec, we still have some work to do, but you can definitely see that our Parliament is getting younger, with a lot more women MPs. I think Canada’s government should follow that example.

Many things. Obviously I want the best for the people of my riding. I want to make their day-to-day easier and I don’t want my region to lose its vitality, this is why I want to work with young people and encourage them to stay home after their study to help dynamise our community.

I also want to interest people about politics and restore their confidence in our political system. Of course, I want to encourage a younger and more feminine participation at every level of politics.

As I mentioned before, politics should belong to everyone, and that includes younger people. I encourage them to get some experience in the field they’re passionate about. Once you’re ready, go for it, you have nothing to lose. We have the energy and the passion to bring the change we believe in.