For better or worse, Michael Bay is back with another punishing, soul-crushing cinematic endurance test in Transformers: The Last Knight. For those keeping track, this is the FIFTH instalment of the robots-in-disguise franchise.

I don’t even know where to begin. Let’s start with the plot.

It will come as a shock to no one that the movie opens with a big battle scene. However, the setting is not contemporary America but ancient England, where the legendary Knights of the Round Table are battling a horde of barbarian invaders. The throwback prologue kind of resembles what it would look like if Michael Bay directed an episode of Game of Thrones. It’s a stellar setup; dozens of stuntmen are gloriously catapulted through the air amidst pummelling explosions, flaming arrows, and flying debris. 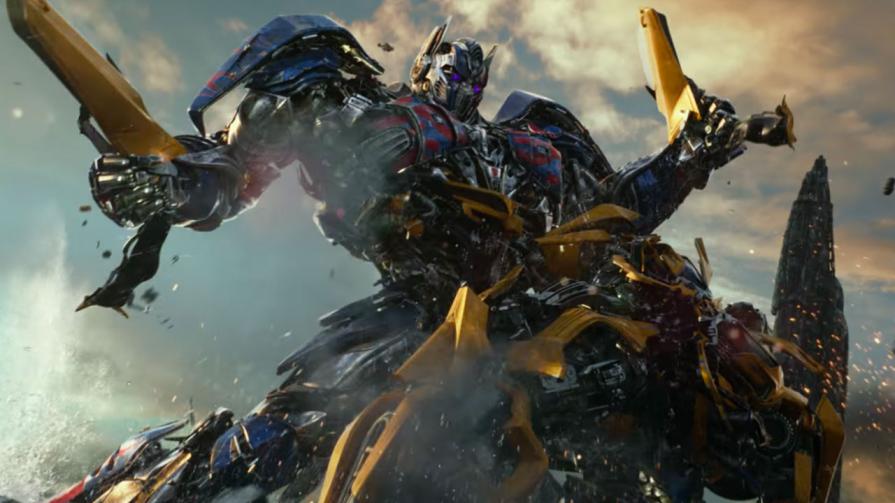 Where do the sentient robots fit in, you ask?

Well, turns out a bunch of Transformers have already crashed on earth and entrusted the drunken wizard Merlin (a completely bonkers cameo from Stanley Tucci) with a powerful staff, which he uses to beckon a three-headed mechanical dragon that swoops in to save the day.

This is just the first ten minutes!

Flash forward to present day and we catch up with the very macho Cade Yeager (Mark Wahlberg reprising his role from 2014’s Age of Extinction) in a desert junkyard that acts as a sort of refuge for Autobots (the good guys).

Basically, shadowy human government agencies around the globe have been waging war on the Transformers since heroic leader Optimus Prime blasted into outer space, in search of his roots on their homeworld of Cybertron.

It’s exhausting and futile trying to summarize the story further. All you really need to know is that Wahlberg holds the key to victory after a dying Autobot bestows a rare talisman upon him. He teams up with Anthony Hopkins, and a couple female companions caught up in the adventure (Laura Haddock and Isabela Moner), to help save the planet.

Michael Bay has been making movies for a few decades and they usually involve spectacular action (Bad Boys, The Rock, Armageddon, Pearl Harbour); this film is no exception.

Utilizing years of genre experience, the often critically-maligned big budget veteran Hollywood director – along with his talented second unit team – stages some impressive sequences here. To be honest, the action is easier to follow than the previous sequels and the slo-mo shots, although somewhat gratuitous, are undeniably effective.

However, cool explosions and robot fights aside, it’s barely possible to take these movies seriously on any kind of critical level now. The only logical analytical question we’re left with about this latest one is: ‘does it entertain?’

The answer is ‘yes’, but at what cost?

Again, we should not be surprised at this point.

Yet, if you can overlook these glaring aspects, The Last Knight may prove to be a satisfying experience at the theatre. 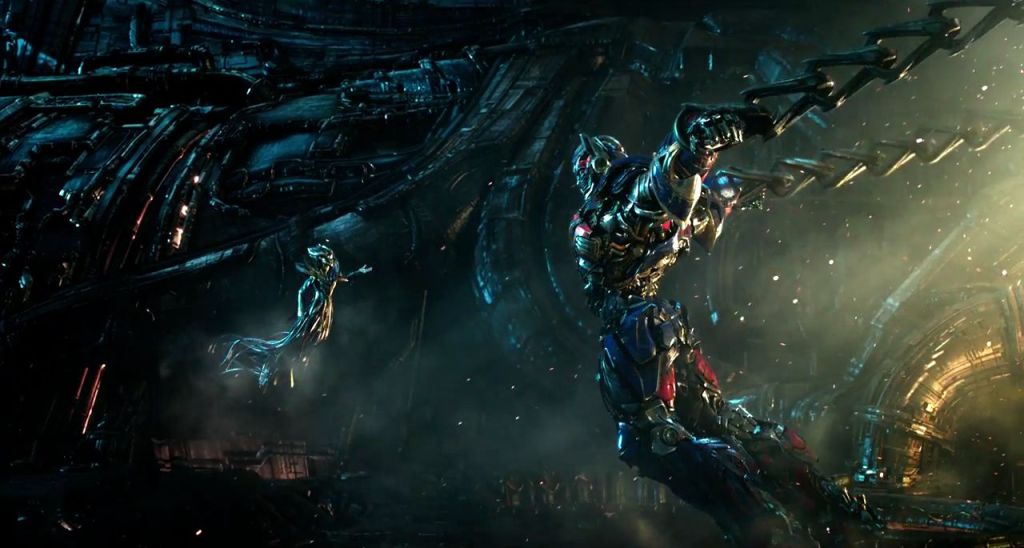 Amazingly, there is actually a single stroke of brilliance in the movie.

It comes in the form of a diminutive robot servant, with anger issues, named Cogman (vividly voiced, no less, by Downton Abbey’s own butler Mr. Carson aka actor Jim Carter). He looks like a cross between famed science-fiction author Isaac Asimov’s imagined androids of the future and a Star Wars knock-off; at one point he’s even referred to as a second-rate C-3PO. Cogman essentially acts as Anthony Hopkins’ manservant/comic relief and I would happily watch a TV show based on their exploits. He has some genuinely funny moments and provides one of the few original characters in the film.

But, after ten years and five flicks, we’re left to pick up the pieces once more. The latest Transformers will undoubtedly do well at the international box office and, if the final scene is any indication, there will be more of them. For those of us tasked with critiquing these movies, we will continue to soldier on. For the rest of you, Godspeed.

It may look great and contain loads of summer-fare spectacle, plus Cogman steals the show, but The Last Knight is ultimately a clanking cacophony of chaos, deserving of 2 ½ out of 5 pieces of popcorn.

Playing at a theatre near you. Rated PG and is 148 minutes long.