Thor: Ragnarok throws the hammer down and brings something fresh to the Marvel Cinematic Universe.

Imagine a superhero film that’s all about fun and nothing more than pure escapism. Nobody attaches their politics to it and claims it as a triumph for the rights of flying Vikings.

It’s just a movie and a damn good one at that. 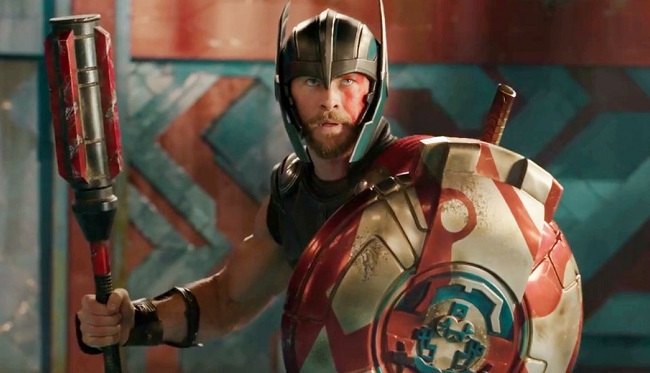 In a year where we had some great comic book flicks like Wonder Woman and Guardians of the Galaxy 2, Thor: Ragnarok had a lot to live up to, and by the God of Thunder, it does not disappoint.

We won’t talk about the previous Thor movies which were some of the weakest of the Marvel films. But New Zealand director/actor Taika Waititi (What We Do in the Shadows, Hunt for the Wilderpeople) stamps his humour and charm all over this because it appears to be a cinematic universe that isn’t afraid to have fun. (Take notes Justice League).

At times the real world already feels dark and brooding so what we need are bright and trippy space operas with just the right amount of synth score by Mark Mothersbaugh. How can you go wrong when it’s space Jeff Goldblum with a blue soul patch, it’s Hulk’s bare ass, it’s Chris Hemsworth having fun, and it’s Cate Blanchett wearing moose antlers? 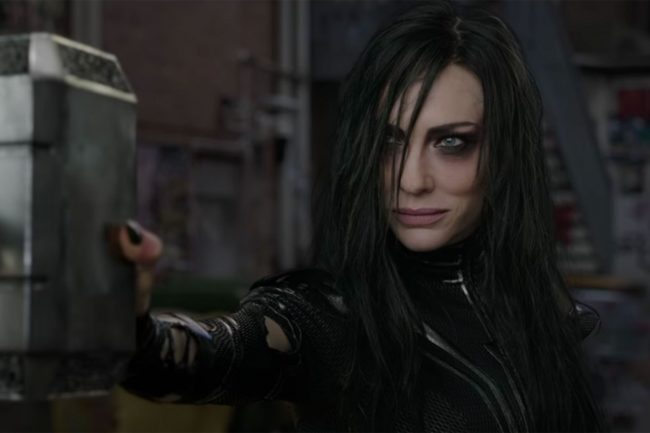 What’s so refreshing about Ragnarok is it doesn’t get tied down in the same old bland formula we have come accustomed to.

It appears that space in the Marvel Universe is a rather goofy place.

Similar to the Guardians of the Galaxy films, Ragnarok takes you on a rollercoaster ride full of wacky comedy and kickass action. The candy-coloured visuals that pop before our eyes were inspired by the art of comics’ greats Jack Kirby and Walter Simonson and a lot of the story is taken from the panels of Planet Hulk and Ragnarok.

Without revealing too much, Thor (Hemsworth) and Loki (Tom Hiddleston) find out they have a long-lost older sister named Hela or “Mrs. Goddess of Death” (Cate Blanchett), who has her sights set on destroying Asgard.

Unfortunately, Thor and his mischievous brother end up stuck on a distant planet called Sakaar. Thor is captured and is immediately used as gladiator fodder and is forced to fight his Avenger buddy Hulk. Somehow they have to escape Sakaar and find their way back to Asgard and save their people. 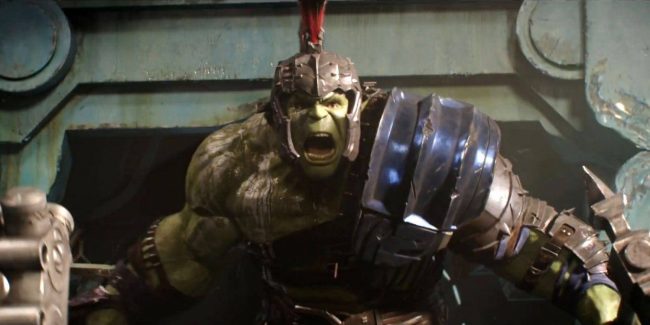 That’s the gist of the story and I use the word “story” loosely here. There really is no narrative cohesion as the film lurches from one scene to the next. At times you forget you’re watching a Thor film at all. But story be damned because there are some great scenes held together by some fantastic acting performances.

Chris Hemsworth, who over the years has looked like he would rather be doing something else, seems to have finally found his Thor groove by giving the God of Thunder that bro like sense of humor we saw in those online Team Thor and Darryl vignettes.

Director Waititi gets a lot out of the entire cast and infuses a dry wit throughout the film.

Mark Ruffalo as Hulk brings a contagious enthusiasm. Cate Blanchett looks great with smokey eyeshadow and makes intergalactic warmongering seem like something I would totally sign up for. Tom Hiddleston returns as Loki and can do no wrong, or can he? Benedict Cumberbatch has a five-minute cameo that’s far more fun than the entirety of Doctor Strange. Oh and even director Taika Waititi inserts himself into the film as a character named Korg and steals every scene he’s in. Speaking of stealing scenes Tessa Thompson as Valkyrie is also fantastic. 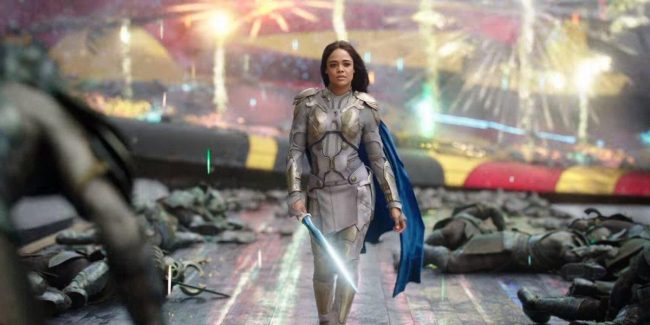 There are a few other cameos in this film that I won’t mention, but overall Thor: Ragnarok is chaos but the good kind. It feels like a few movies smooshed together, but here’s the thing, each scene works! If you want giddy laughs and a colorful adventure, Ragnarok will go down as one of the best Marvel has offered.

There are a few things that bugged me like far too much CGI, story structure issues, and a few other trivial matters I won’t bore you with.

Overall this gets a 4 out of 5 from me. Go check it out because it’s a hella fun. (Warning, this has some sexual innuendo, swearing, and violence that might not be good for all children.)

STAY FOR THE SCENES AFTER THE CREDITS! – I’m still amazed there are people that don’t know this.

Rated Pg-13 (for intense sequences of sci-fi violence and action, and brief suggestive material). Running time: 130 minutes. Opens Friday, November 3, 2017, at a theatre near you.